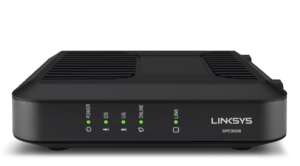 In my private practice as a psychotherapist, I work frequently with gay couples seeking conjoint therapy to address a variety of challenges in their relationships.  In my practice in therapy for gay men since 1992, I have come to notice certain consistent patterns in what drives conflict between either long-term couples, or couples who recently met each other and who are trying to establish a relationship.  Often, the struggles in a relationship are due to something going on in how we think about the other person mentally, feel about them romantically, or respond to them sexually.  I call it “The Six Lights Theory.”

It goes like this:  For a relationship to be working optimally, it is as if the two partners of a relationship have three little “status lights” on their bodies that light up, kind of like a computer modem.  We have one of these lights on our head (indicating how we are responding to our partner rationally, and if they stimulate us mentally); one more at our heart (indicating how we are responding to our partner emotionally and romantically, such as being in love); and one more at our crotch (indicating how we are responding to our partner with sexual feelings).  The brighter the lights in each area, the more robust our response.  However, whenever one of these status lights is dim or burned out, there is a problem in the relationship.  For a relationship to thrive at any given time, all six lights – his three, your three — need to be shining bright.

Brian and Victor came to see me due to complaints that they hadn’t sex in a long time, and both of them were starting to seek sex outside the relationship.  In the course of couples therapy, it became clear that while their “head lights” were still bright – in that both of them still enjoyed each other’s company, stimulated each other intellectually, and had great talks – and their “heart lights” were both on – in that they still considered themselves in love and committed to keeping their home together – Brian’s “crotch light” in his sexual feelings for Victor had dimmed a bit, and Victor’s “crotch light” had dimmed to almost being off for Brian.  Upon exploration, it was revealed that Victor had lost some sexual interest in Brian because his body had changed over the years they were together.  Brian had slowly gained a lot of weight due to a new job that had kept him at a desk long hours.  His frame that was once lean and muscular that first attracted Victor was lost to a sedentary lifestyle and too much fast food.  Brian’s doctor had recommended a few changes in his routines that could have addressed this, but Brian ignored this advice.  Victor was embarrassed to come right out and say why he was avoiding sex with Brian, but since they had committed to be monogamous, eventually he had to be frank with Brian that Brian’s weight gain bothered him.  He committed to having sex with only Brian; he did not commit to celibacy.  Finally, Victor had to explain the reason for the infrequent sex.  Once Brian heard this, he embarked on a simple diet and exercise plan out of consideration not only for Victor, but for his own health, too.  After some couples therapy focused on sexuality, sex resumed soon after between Victor and Brian, and the lights were burning bright again.

Another client’s situation involved Christopher’s attempts at dating.  The latest was with Chad, whom he met online and they went to meet for coffee.  During the coffee-date, Christopher was fascinated with Chad’s sculpted body and movie-star jawline.  He found Chad funny and charming.  But he also found Chad to be, in Christopher’s words, “dumb as rocks.”  Chad made grammatical errors in his speech, didn’t know anything about current events, and made strong statements of opinion based on things that Christopher knew to be factually false.  In this case, Christopher’s crotch light and heart light were burning bright, but the head light was just not happening. Christopher left it at one coffee date – plus a one-night stand – but the relationship never really took off.

Jack went on a dinner date with Joe and found him to be intellectually stimulating – fascinating him with stories of his work as a journalist.  Jack found Joe kind of sexy, too.  It continued like this for several dates, where Jack was both fascinated and somewhat attracted to Joe, too.  But it stayed this way for a number of weeks of dating, and finally Jack realized that he had no particular feelings for Joe.  He admired his intellect, he admired his white teeth and shiny hair and sexy dimple in his chin, but he wasn’t developing any particular feelings for Joe romantically.  For Jack, the crotch and head lights were on, but the heart light was dim.  He realized soon after that all three lights actually were burning bright every time he talked to Mark, a guy who worked one floor below Jack in his office building.  He couldn’t wait to use the elevator in the morning, hoping he would run into Mark “accidentally.”  Finally, on their first lunch date, Jack sensed those three lights were on for Mark, too.  Jack later partnered with Mark, and his “head light” for Mark started to flicker just a little bit when Mark wanted to paint the living room a hideous shade of green.  (Yes, sometimes the lights can flicker a bit!)

What’s your situation?  When you think of the relationship you’re in, or might be entering with a new partner, what’s happening with your three lights? What do you believe is happening with your partner’s lights?  If your relationship is having trouble, which of the six lights are dim or burned out?  Knowing this might help you identify the problem, and create treatment goals for a working agenda to bring into couples therapy.  As the saying goes, identifying a problem is the first step toward fixing it.

For more information on counseling/psychotherapy or coaching sessions, call/text 310-339-5778, or email Ken@GayTherapyLA.com.