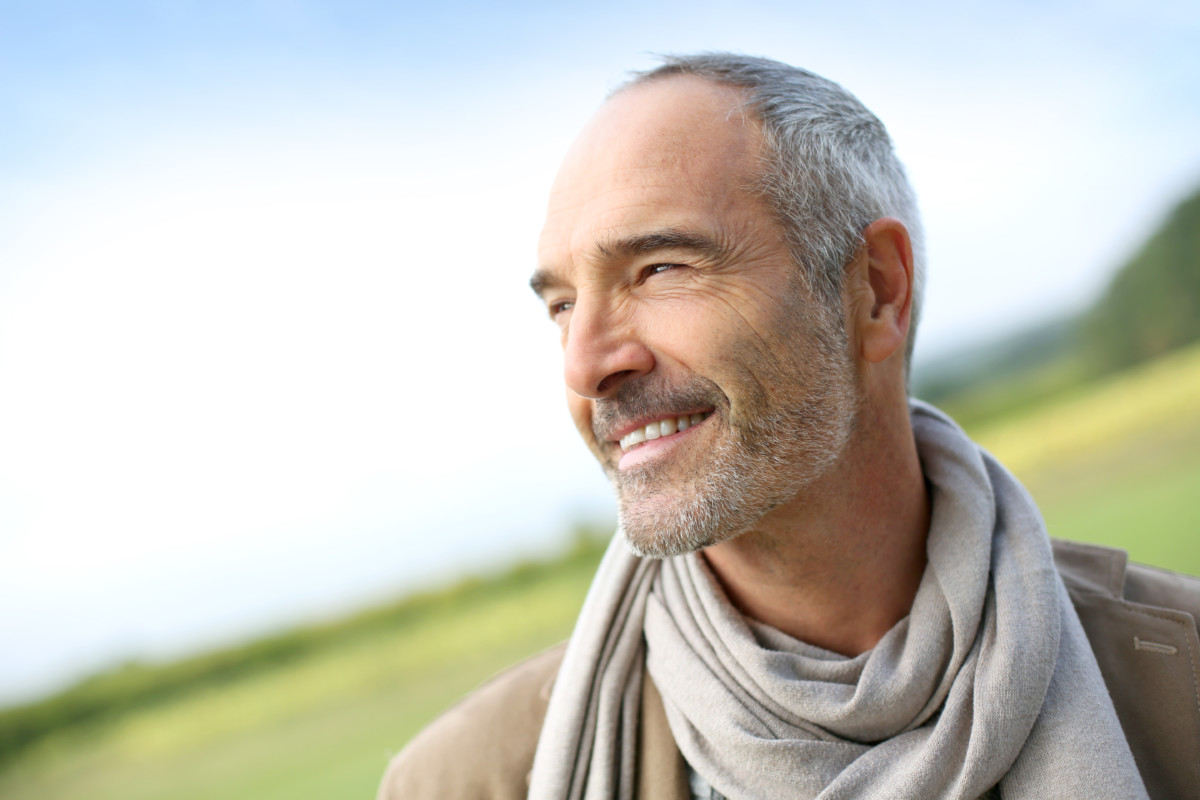 [Warning:  This is an adult clinical discussion of sex therapy topics provided by a licensed clinical social worker and trained sex therapist.  It is not restricted adult content, nor is it literary erotica or “pornography,” but reader discretion is advised if you are sensitive to frank discussions of sexual health topics.]

Erectile dysfunction can be thought of in three phases: 1) Getting Erect Upon Arousal or Stimulation; 2) Getting Erect Enough to Penetrate; and 3) Staying Erect Through Intercourse.

Recently, in the case of my client, “Paul,” (names and other details are changed for confidentiality reasons), we explored in sessions how “erectile dysfunction” in general is not quite as precise a discussion as we might need.  For Paul, “getting hard”, or the initial erection, was not a problem for him.  It was staying hard enough to penetrate his partner, and to sustain that erection long enough to complete anal intercourse, ideally to (mutual) orgasm.  In working with Paul, our exploration of what was going on brought to mind these three phases, or points in the process, where erectile dysfunction can occur.

Medical doctors and other medical providers might discuss these phases as well, such as an endocrinologist or urologist, and sex therapists often collaborate closely on client cases with the client’s MD, because erectile dysfunction can have both a medical (blood flow, hormonal balancing, free and total Testosterone levels, estradiol (estrogen) levels, circulation, etc.) component and a psychological component.  (In a previous article, I discussed erectile dysfunction and its related cognitive causes and cures, as well as separate articles on gay men and the fear of topping, or the fear of bottoming.)

Assessment of the ED Situation

Or, can you penetrate and get “inside”, but not sustain the erection long enough for you or your “bottom” partner to achieve orgasm, for however “reasonably” (key word: reasonably) a time enjoying intercourse together?

Cognitive Versus Medical Causes of ED

This goes back to what I discussed in the previous article about cognitive aspects of ED.  Perhaps Paul was having trouble penetrating Lorenzo because he had an unconscious resentment that Lorenzo was “making” him do a sex act he just wasn’t that into.  Or maybe Paul had leftover feelings for his previous partner, and was ambivalent about the new relationship with Lorenzo, who could be “bossy” (we all have heard of the “Bossy Bottom” syndrome, which can make a Top partner feel demanded-upon, and creates performance anxiety in the Top).  Maybe, getting older, Paul had doubts about many aspects of feeling active and vibrant; we all know that ageism (especially in the gay community) can make older gay men feel not only physically “impotent”, but socially and professionally devalued or irrelevant in a generally youth-obsessed culture, and maybe Paul was suffering from the self-doubt of a diminished self-concept due to “internalized ageism.”

Or, perhaps it was just medical.  Problems such as a side-effect of blood pressure medications, HIV antiretroviral drugs, a hormonal imbalance, work/life stress, recent trauma, a history of incest, sexual abuse, or sexual assault, or even lack of sleep have all been known to diminish desire and sex drive.

One concern I had was that Paul being prescribed Cialis by his “GP” MD might not fully address the problem sufficiently, regarding the dosing of the drug, or perhaps even the type of drug.  Maybe another oral ED drug like Viagra or Levitra would help Paul have a better response, with harder and more robust/enduring erections.  Paul even tried what’s called “mechanical options,” which means using a “cock ring” (a ring that fits around the base of a man’s scrotum, and is usually made of rubber, leather (with Velcro or snaps), silicone, or metal, or is made from a string of leather, rubber, or silicone and “cinches” with a closure like a sliding zipper).  These help the blood that flows into the penis have a slower rate of draining back out into the rest of the body, but Paul had only limited benefit from the cock ring.

Paul’s relationship with his medical provider (could be an MD, DO, Physician’s Assistant, or Nurse Practitioner, all of whom are legally allowed to prescribe medications) left out the options that another type of provider (such as an MD endocrinologist who specializes in men’s health issues, including sexual dysfunctions, such as those at DefyMedical.com) might discuss, such as the injectable medication options, combinations of stronger ED compounds that are known as “Tri-Mix” or “Quad-Mix”, where three or four drug agents are compounded together.  The patient uses a very small insulin-style 1 cc needle to inject the side of their penis with very small amounts of the liquid drug, and massages the shaft to distribute the drug, resulting in a strong erection (sometimes “too” strong, leading to painful erection or even priapism, which is a dangerous condition of an enduring (over 3 hours) that needs an antidote injection or possibly Emergency Room intervention).  Paul reported that he and his GP MD never discussed the injectable drug options, and I often hear from clients that not all possible medical or pharmaceutical approaches are discussed, which is why specialty providers are often needed to troubleshoot these medical issues in greater detail.

In session, I educated Paul on the availability of the injectable medications, but the “scope of practice” for me as a Licensed Clinical Social Worker and sex therapist couldn’t (ethically) go too far into a medical issue without deferring to a licensed medical provider.  I encouraged Paul to consider having a consult with his medical provider to discuss his “eligibility” to be assessed for the use of an injectable agent versus the oral drugs, in what’s called “psychoeducation,” which is when a psychotherapist educates a client on various resources and options in a way that has a psychological component, such as trying to reduce the client’s anxiety or depression by discussing resources that might give the client new behaviors to try, new ways of thinking about an issue, or new external resources to access that might assuage anxiety or give hope to combat the helplessness of depression.

I also explored Paul’s cognitive “self-talk”when he penetrates Lorenzo.  What were his “negative self-statements” that he told himself in the heated moment of sex?  Did he question his ability?  Did he question the purpose of intercourse?  Did he express, to himself, self-doubts about “being enough” in sexual performance?  Was he afraid of negative evaluation by Lorenzo, like he would get a “bad grade” at being a Top?  While trying a new medication like Tri-Mix could certainly help erectile performance, so could identifying and then “re-writing” in Paul’s head the negative self-statements that were “psyching him out” in the moment.

Another component used in erectile dysfunction when someone is “in their head about it” is to do something sex therapists call “sensate focus,”, which is focusing on the sensations you feel, and not just focusing on your partner.  Issues of desire and good sex can involve a certain amount of selfishness; sure, you might want to please your partner, but ironically, you might please him by focusing on your own pleasure and assuming a dominant Top role; you’re indulging in the pleasant sensations of “taking” your bottom partner, as he desires to “be taken.”  Legendary couples therapist, Esther Perel, LMFT (from Belgium but practices in New York) says that good sex is not “politically correct”, and that “equality belongs in every other room of the house except the bedroom.”  It’s OK to be a selfish, dominant Top who treats your bottom like a piece of meat (within reason).  Sometimes it is this mind-set of focusing on your own pleasure (not your own anxious thoughts) that helps you to be a “better” lover (with stronger and more “effective” erections that literally “hit the spot” of your bottom).

Another component of sensate focus to “get out of your own head” is about focusing on the other person to the extent that your own senses are stimulated.  What does his hair look like in the dim light of a candle-lit bedroom?  What is the glean of the light on his slightly-sweaty pectoral muscles?  How cute is his smile when you see him grin as he talks dirty to you?  What happens for you when he says something provocative?  How does the look in his eye “talk dirty” to you without saying a word?  What does he smell like when his natural musk combines with his favorite cologne he wore that night on his date with you?  How esthetically beautiful is his chest hair pattern?  How do your hands  feel when you hold his ankles up and look into his eyes?  What do his kisses taste like?  When you focus on what you see, hear, smell, taste, and touch on your partner, and how these affect you, sometimes the penis has a “mind of its own” in response to attraction and desire for this beautiful guy you’re about to plow like the south 40 cornfield.

While a better “goodness of fit” between patient and prescription drug used can help in the various stages of erectile function, such as the oral agents versus the injectable ones, so, too, can cognitive self-interventions like sensate focus, focus on your partner sensorally, and your own positive self-talk.

Being a better lover is always a “dance” between the strictly physical/medical aspects, and the psychological, emotional, interpersonal, domestic, cultural, and social aspects of two (or more) people engaged in the sexual play.

Becoming a better lover is a process, not an event, but it is punctuated by an ongoing series of sexual events alone or with a partner.  It is also not done in isolation; the influences of your partner, your medical provider, a sex therapist or coach, and certainly your relationship with your own self (and your own “head”) are a gradual skill-building journey that tends to get better with time and experience, and a certain indulgent “abandon” when so much of life demands of us so much accountability and responsibility and self-denial.  We have to be the “good” employee.  We have to be the “good neighbor,” or the “good parent,” or the “good son”, or the “good provider.”  Gay men don’t get many messages growing up in our usually-heterosexual Families of Origin that responding to our own desire is validated or valuable.  It is up to us to balance our many responsibilities as “good citizens” with also allowing ourselves the indulgence of sexual abandon (with consenting, non-exploited partners) that heterosexuals (especially men) have been taught for a lifetime to take for granted.  Gay men’s sexual self-empowerment means reclaiming our right to our own pleasure on an equal plane.

For your customized help on these issues, consider having help from a (sex) therapist or coach.  My associates and I at GayTherapyLA.com are here to help (currently providing online or phone sessions per the COVID-19 “stay at home” guidelines).  Email Ken@GayTherapyLA.com, or call/text 310-339-5778 for more information or to book an appointment.