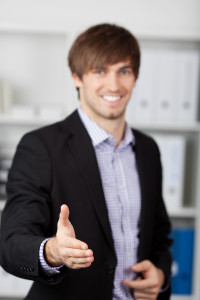 One of the most common themes I see in my office doing counseling, psychotherapy, and coaching with gay male individuals and gay couples is that of low self-esteem and low self-confidence.  It’s not surprising; as little gay boys, we get exposed to anti-gay messages outright, or at least to the “invisibility” that comes with the dominant heterosexist paradigm of society (the erroneous belief, according to gay psychologist Gregory Herek, Ph.D., that everyone either IS, or SHOULD BE heterosexual).  One of the biggest problems that comes with the tyranny of the majority of heterosexual privilege is that it functions to undermine the self-esteem of all LGBT people (but I focus on gay men here) from a young age.

The adult manifestations of the internalized homophobia and negative messages from society, media, parents, siblings, teachers, coaches, etc. include a general “not feeling good” about yourself, not achieving the career you want, not getting a boyfriend/partner/spouse, not being paid enough at work, not having a safe/comfortable home, not driving a reliable car, not taking care of your health, not mitigating risks at all (unsafe sex, too much alcohol, gambling, etc.), and all the while believing on some level that we, as gay boys, somehow “deserve” to have a life that is “less than” our heterosexual brethren.  Baloney.

The little ways it manifests include not being comfortable to ask a guy on a date, not feeling comfortable to go to a party or networking event, avoiding buying a stylish outfit (that you can afford) because you’re afraid you won’t look good in it, and not asking for what we need for many ways.

What do we DO about it?  A lot!  I could give the flip answer of “go into counseling”, and while that is important and valuable (even if I do say so myself), not everyone is ready for that.  So, here are some quick tips, to tide you over until we can really get to work:

1)  Understand that you didn’t create the negative messages in your head, you’re only repeating them.  Babies aren’t born self-critical; kids (and adults) only get that way because somehow they are hearing they aren’t “good enough” for some reason, and it’s usually a stupid reason (like homophobia, bigotry, or some form of “exclusion” or “elitism”).  Understand that while the messages got “in”, it’s up to you make sure they “get out.”  If a belief about yourself doesn’t serve you in your adult life, personally or professionally, change it.  Louise Hay’s affirmation (famous in her book, You Can Heal Your Life, HayHouse.com), “I love and approve of myself just as I am,” is a classic.  Repeat this until you believe it, even it’s 1,000 times a day at first.

2)  Begin to notice how often your mind’s “voice” tells you a negative message like “I can’t do that” or, “He’d never like me.”  When you catch yourself sending yourself a negative message,  stop it, freeze-frame it, and then re-write it:  “I have never done that before, but I will try my best now.”  Or, “He’s a handsome guy, and wouldn’t it be great if he agreed to date me.  If not, there are other fish in the sea and it’s his loss.”  You see the difference?  To build your confidence, your job is to play “copy editor” with the negative messages in your head until every one of them has been re-written to something positive, or at least something neutral.

3.  Apply critical thinking to the negative messages that you carry around in your head about you.  Who first told you that?  Do you respect their opinion? (In the case of parents who told us the negative message, it’s only human nature to want to believe what they said when we are young children, but sometimes we are older now than they were when they said it).  But what if we take that person, and understand that maybe instead of being the authority on everything, they had their own weaknesses, jealousies, insecurities, neuroses, projections, and untamed aggressions that clouded their judgment of you?  Then the message loses a little of its sting.  If a madman walks up to you on the sidewalk and says, “I’m Julius Caesar, and I declare you the scourge of my empire; you should die by the nearest sword!”, you would be a little scared, but mostly you’d think he was ridiculous because you know he’s suffering from an untreated mental illness and his statement can’t be taken at face value.  However, if your cherished mentor in your writing group says that Act II of your script needs a re-write because you didn’t appropriately emphasize the main character, you might take their advice more seriously and do the re-write.  In each of these two cases, you are exercising judgment on when to believe someone’s opinions of you, and when not to.  This is what makes you an empowered adult, with the critical thinking skills that children lack.  Never believe a negative statement about yourself from someone who has hateful, elitist, aggressive, ignorant, discriminatory, superficial, and self-indulgent values you don’t respect.

4.  To build your confidence for achieving things, believe in not “if” something is possible, but under what circumstances or HOW it would be possible.  It’s not about thinking, “The CEO of my company would never want to talk to little old me about advancing my career”; it’s, “How can I ask the CEO’s assistant for a 15-minute slot on his calendar to ask him about how he built his career out of the mailroom?”

5.  Don’t be afraid to use silly mind-trick encouragements.  If you have to use the story of, “The Little Engine That Could” (“I think I can, I think I can”) then for heaven’s sake, use it!  It might be the difference between having the confidence to ask your boss for a raise (that’s another blog article entirely) and getting by with the same salary you had last year.    Or, pretend that you are someone you know who has confidence and poise, and “play the part.”  People in AA will often say that acting “as if” something is true, helps you to manifest it actually happening – fake it till you make it.

Give these ideas a try.  And if you need more support for your specific situation, consider reading my book, Self-Empowerment: Have the Life You Want!, available at LuLu.com (hardcover or paperback), or on Amazon.com (hardcover and e-book).  Or, let’s work on it together, in either in-person sessions in my office, or via webcam or phone sessions from anywhere in the world.  Text or call (310) 339-5778 for more information, for a free 15-minute consultation, or to make an appointment.

It’s never too late to be what you might have been.