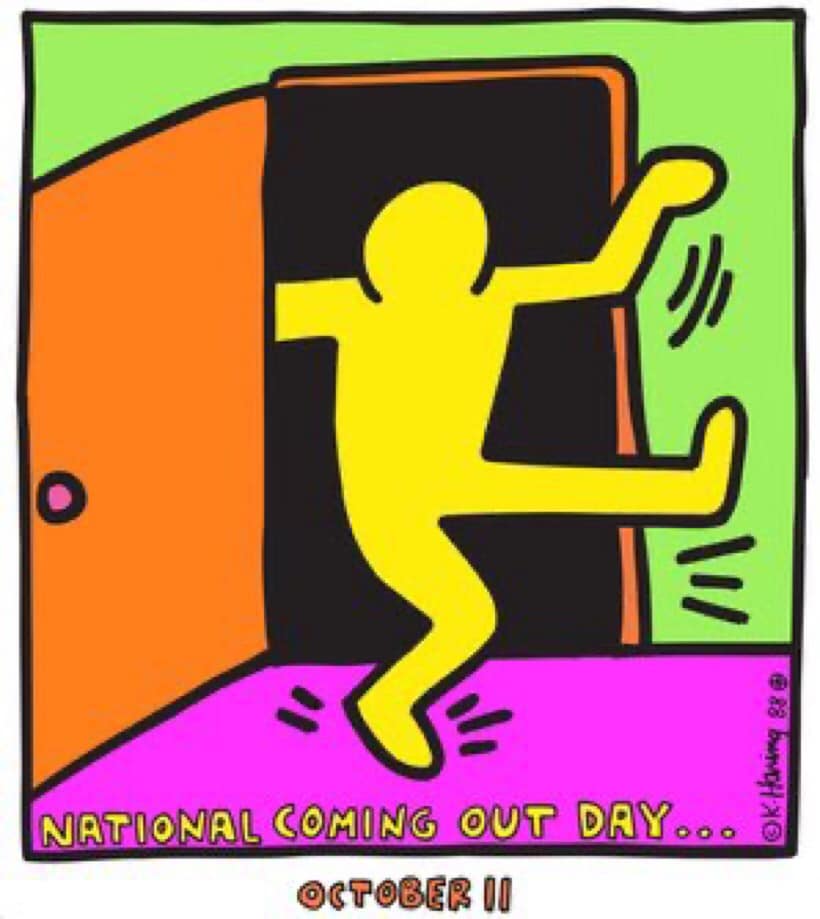 Coming Out: Again and Again

Many young gay men, in childhood and early adolescence, as they become aware that they are gay, often build an internal awareness of their gay identity long before it is known to any other human being, including those closest to them such as parents or best friends.  Eventually, this awareness builds internally until the need for it to be expressed externally becomes almost overwhelming:  the person needs the outside perception by others of one’s self to be congruent with the internal reality.  It is generally difficult for humans to feel one reality and act “as if” another.  These guys eventually get tired of being thought of as straight, or being thought of as “asexual” or “ambiguous”, and eventually crave the external validation of their gay self from others.  As the title character in the musical “Tommy” pleads, “See me, hear me.”  The pain of keeping sexual orientation a secret, and the need for receiving acceptance from others and expression of affection or sexuality to others, becomes too great to contain.

This leads to the decision to spill the beans, to the grand “coming out” – for many people an event that often comes in late adolescence or during the college years, but for some earlier or later.  Coming out usually refers to “coming out of the closet”, meaning moving away from the secret closet of hiding one’s gay sexual orientation to others, but it can also borrow some of its meaning from another cultural phenomenon, which is the “coming out” into society of young female “debutantes” – from the French “debut” – a tradition now associated with being limited to “old-fashioned” times or to the American South.  The tradition of the debutante and her coming out at a grand cotillion dance says that a young woman moves from being a girl to a young lady; she is ready to be noticed by society as a person in her own right, and is officially “available” to be courted and dated with society’s approval.  A similar tradition exists in the Latino community, when a young girl at 15 has a “quinciñera”, which is a similar marking of the transition from young girl to young lady.  Jewish boys and girls have a similar rite of passage in the Bar Mitzvah or Bat Mitzvah, and Catholic boys and girls in confirmation, which mark the transition from childhood to young adulthood with a spiritual significance.  Phrases in speech such as the medical “coming out of a coma” or in psychology, “coming out of an abusive home”, means that someone is emerging triumphantly from a physical,  medical, or psychological prison, and into a better state of being.  For gay men, coming out serves a similar purpose – it is a transition of perception of the self and to others that says to the world, “If you thought of me as a little boy before, stand corrected – I am a young man.  If you thought of me as straight before, stand corrected – I am gay.  If you thought of me as isolated or unavailable before, stand corrected – I am worthy of loving and being loved by another man.  If you thought of me as without sexual capability before (like a eunuch), stand corrected – I am a sexual being in my own right, and I welcome this opportunity to proudly share who I am.” 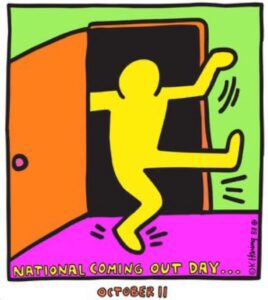 But coming out is not only a personal announcement to society that serves as a marker of social availability, it is also more of a “process” than an “event”.  Many gay men see their coming out as an event, where they tell many people in a short period of time – from friends, to family, to coworkers.  But in reality, coming out is a process – we have to do it again and again over a lifetime.  Even if we live as out, proud, gay men for the majority of our lives, too often (as the modern population since Stonewall ages), there is a risk of elderly gay men being “forced” back into the closet as they enter nursing homes or assisted living facilities where, once again, well-meaning but often ignorant staff can assume that the dear little old man is straight and widowed – as opposed to never married, never partnered, or widowed but by a male partner.  Support for coming out is a lifelong process from the time we are gay children unaware of how vague feelings of being “different” translate into sexual identity, to the blooming flower of sexuality that comes with adolescence, to finding and maintaining adulthood partnerships, to extending a healthy gay sexuality well into old age.

Coming out as a process can mean many areas of “unfinished business”.  Even as a gay activist, author, and speaker, I still have a few relatives in the far branches of my family tree that I haven’t directly come out to in the 20 years since my first revelation to my first confidante.  I still have professional and personal situations where the assumption of heterosexuality prevails until I say or do something to disprove it publicly.  Part of what makes gay men so tenacious (if we may cautiously generalize a characteristic to an entire population), is that we have to practice a certain vigilance to frequently face situations that call upon our courage to come out, over and over again.  We have to practice bravery in facing potential ridicule more often than the average straight person.  This must build some kind of character and certainly teaches us about the value of perseverance in the face of adversity.  It also teaches us about thinking critically; once we painfully and carefully over time challenge the heterosexist notion that everyone is, or “should be” heterosexual, it becomes easier to critically examine any societal idea, assumption, or belief – and decide whether these assumptions are based on true and sound concepts or are merely prejudices that need to be challenged to reduce harm to others.  Once a gay man has examined and rejected notions of heterosexism, he opens his mind to many other progressive ideas, including the idea that being a minority is not synonymous with inferiority or defect, as antigay forces (usually motivated by narrowly-interpreted religious doctrine used to obtain money, influence, or political power) would have us believe.

The individual experience of millions of gay men in this emotional process of distinct stages is repeated with every generation and has become a part of the world’s collective, universal emotional experience.  The personal experience of the individual becomes a political, societal, even spiritual force that affects millions worldwide – and yet for many young men, the experience makes one feel isolated, as if they were the only ones with these strong feelings in the search for a gay identity.

Coming out is an individual process, but it ultimately serves the collective good – not only for the worldwide gay community, but for the advancement of the capability for compassion and appreciation of the pluralism of human kind.

In my psychotherapy practice, I help gay men with coming out issues at any stage of life, in addition to the many special issues gay men face – from self-esteem, to dating, to relationships, to sexual issues, to health issues (especially HIV concerns), to family issues, to mood disorders like depression and anxiety, to career and social issues.  In my work with clients, I try to help them “come out” of their own limitations, and emerge into a new sense of themselves that is refreshed and renewed, meeting the life goals that they set for themselves.  Mastering his own version of the coming out process is a part of every gay man’s mental health.