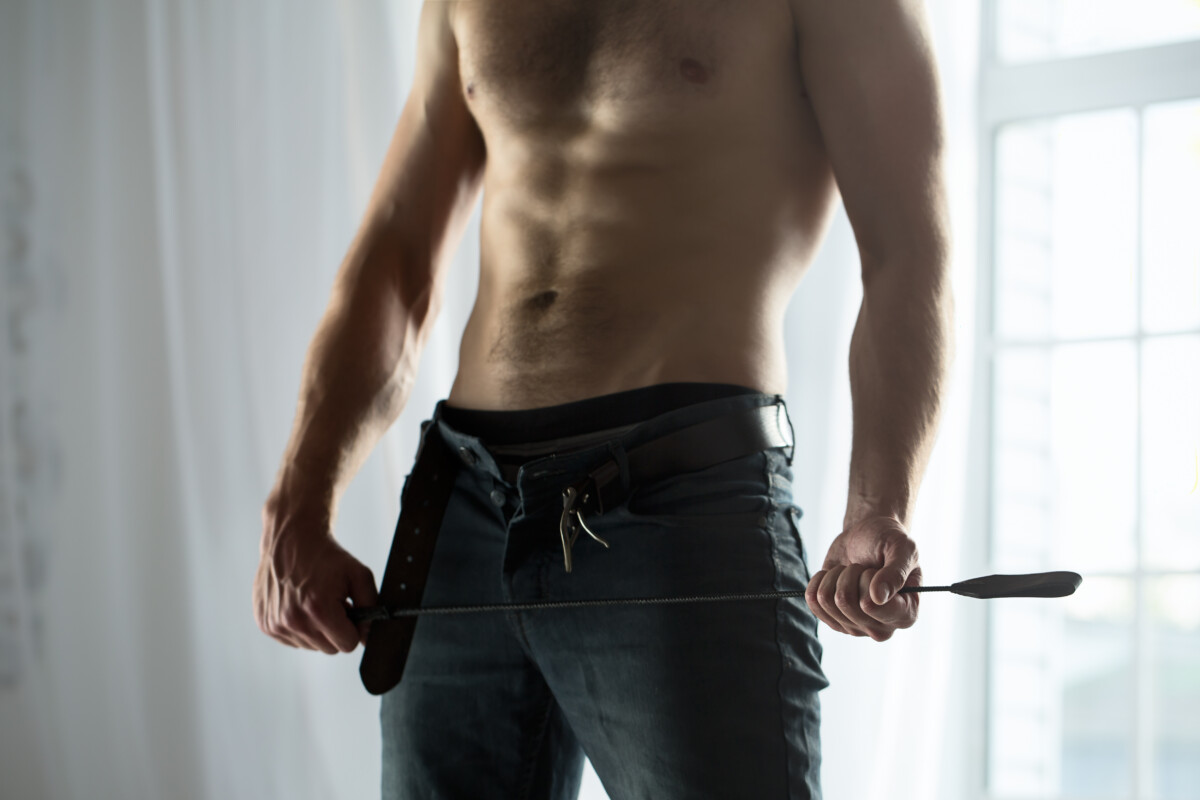 Imagine for a moment that you are overhearing someone talking.  They are saying the following: “Ewwww.  I just don’t get those guys.  That’s just weird.  It’s unnatural.  You’ve got to be sick to be like that.  I don’t know much about that, and I don’t want to.  It’s just gross.”

As gay men evolve in their sexual repertoire and skills in the years after coming out, discovering these types of non-vanilla play can be an exhilarating discovery of self, partner, and community, and an extremely beneficial tool for building the skills of relationship with a partner, from communication, negotiation, building intimacy, increasing trust, and deep emotional bonding.

If all of this sounds intriguing – and hopefully just a little titillating – the question usually comes, “Sounds hot; but how do you ever start?”  It’s easier than it may seem.  Beginners can enjoy their journey of exploration just by reaching out and reading some of the resources, and experimenting with some of the play activities that intrigue them the most.  For most guys, one aspect of BDSM play usually attracts them first.  Perhaps it’s wanting to see your partner in a leather jockstrap, or handcuff him to the bedpost as you go down on him.  Or maybe you want him to tie your ankles and wrists to the bedposts with old, discarded silk neckties – before you invest in high-quality leather/Velcro/buckle ankle and wrist restraints from the various play supply stores (see Resources Box). Or perhaps the couple peruses the workshops offered by Avatar, and attends a class from the list that appeals to them both.  Shared emotional experiences of all kinds – exploring “adventures” together – can have the effect of bonding a couple and increasing intimacy.

Communication and discussion come first.  Express your innermost desires and fantasies to your partner, either verbally or having written them down, and let him talk about his.  Then, narrow them down your options into something you might want to try tonight.  Develop a “safe word” that is like a password that signals at any point in the play, “Hey, I’m not comfortable here, we need to break character, take a time out, discuss the issue, and adjust (maybe your right wrist is losing circulation and the silk tie needs to be loosened a bit!).

One way to add spice to a couple’s sex life, particularly a monogamous one where the same sexual acts over and over might get boring over time, is to do what I recommend to a number of couples when I provide them with couples therapy:  Take a “field trip” to one of the play supply stores on the Resources List, or perhaps online, and just browse the available items, and talk about what kinds of gear, toys, or other merchandise turns you on.  Maybe take turns by having each partner select one or two items that intrigue him the most (save your pennies; this stuff ain’t cheap).  Then, go home and try them out!  The sense of playfulness, discovery, and erotic fun with each other can be quite intense.

Many people ask me, as a therapist, do I think that BDSM play is a re-enactment of past childhood abuse.  There is much discussion and literature floating around out there on this topic, but in my experience of over 21 years as a therapist, I don’t find this to be the case.  I work with many survivors of incest and other forms of sexual abuse, and I don’t hear a connection between this and BDSM play.  BDSM play is particularly consensual and “aware”, whereas sexual abuse is non-consensual and is a serious crime.  I often work with my clients on the concept of “owning” your sexuality in what I call, “Sexual Self-Empowerment” – which means saying “yes” when you want to say “yes”, proudly and without shame, and saying “no” when you want to say “no” (such as in cases of coercive, problematic, obsessional, or compulsive sexual behavior).  Assuming you are with a consenting adult, this means that saying yes is seeking out, asking for, and getting the kinds of sexual play you want to participate in, that stimulates, excites, and satisfies you – however vanilla, or however kinky.  Saying no is setting the boundaries wherever you feel they need to be set, having control over your own body (such as who touches it, when, how, and for how long), and declining any kind of sexual act that is triggering for traumatic memories, boring, uncomfortable, or just plain unpleasurable.  As an adult, we learn to be aware of what our sexuality means to us, and share and negotiate with a partner how the best sexual play can be realized.  For most people, our favorite sexual expressions can be quite individual – like our fingerprints – and while fetishes and preferred play can be varied, we can often find like minds by using the Internet websites, clubs, or affinity groups on Yahoo.com, or we can explore each other’s favorite ideas – usually with one partner, but perhaps in a 3-way, 4-way, or even a group.

Safety – both emotional and physical – is always of paramount importance, particularly when involved in potentially dangerous items that constrict body movement, affect breathing, environmental safety (candles, water, electricity, etc.), or safer sex issues to prevent HIV transmission.  One tip in a past Avatar class said never leave a partner who is bound alone – after all, we live in California – “earthquake country” – and you never know when you might have to get someone free fast to take cover.  Having EMT scissors to cut ropes, learning to tie quick-release knots, and other precautions should be part of preparation for any play scene.

So the next time you overhear comments that dismiss kink play out of hand, try to consider the other side – you might just discover wonderful and new things about yourself that take you to new heights of sexual satisfaction.  And having an optimal sex life is one way to… Have the Life You Want!

Ken Howard, LCSW, CST is a gay, poz (30 years), sex-positive, LGBT-affirmative, licensed psychotherapist and AASECT-Certified Sex Therapist who has specialized in working gay male individuals or couples for over 29 years.  He provides counseling, psychotherapy, or coaching sessions in his office in Los Angeles (near Beverly Center), or via phone or via Telehealth/webcam, nationally and worldwide.  For specific help on how your relationship/sex life could be improved, call or text 310-339-5778 for more information or to book an appointment.