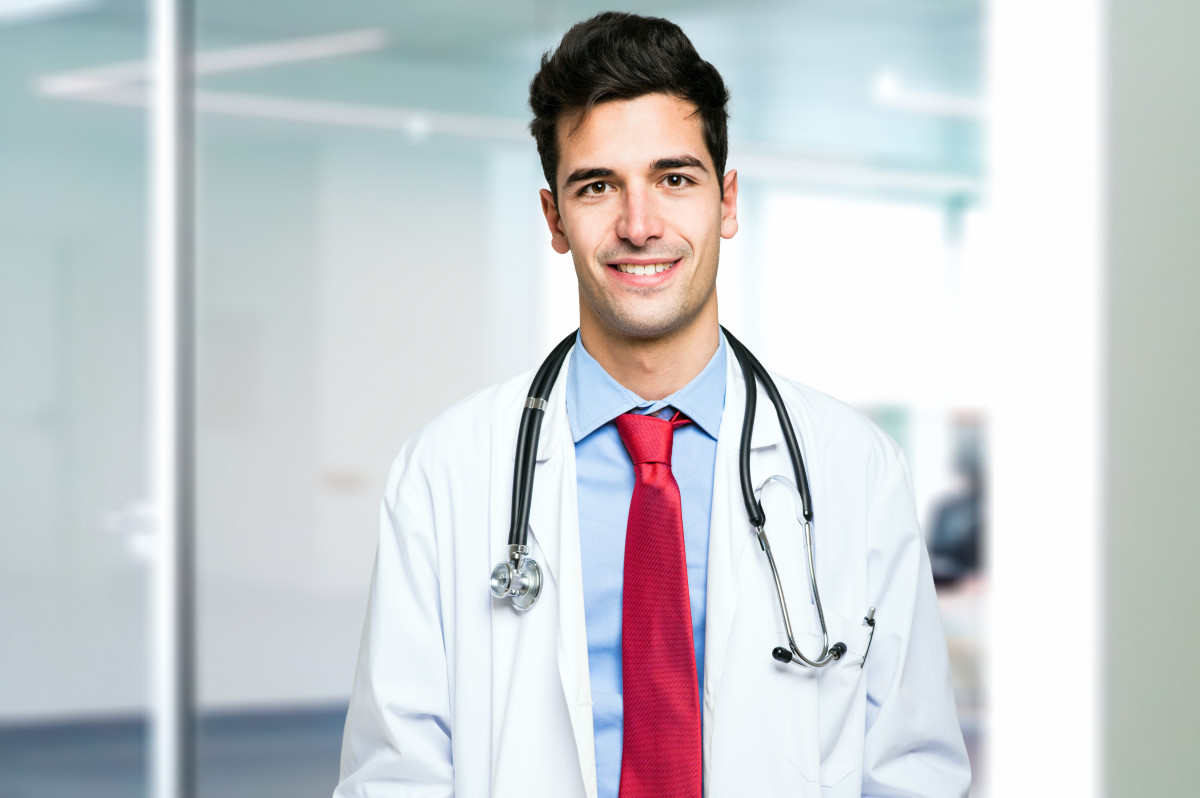 [DISCLAIMER:  THIS WAS WRITTEN ON MARCH 10, 2020, AND THE PANDEMIC HAS WORSENED SINCE.  THIS IS SUBJECT TO THE PERSPECTIVE OF THE VERY EARLIEST SIGNS OF TROUBLE IN THE UNITED STATES…]

Gay Men and Coronavirus/COVID-19:  A Special Kind of Coping

I wanted to provide my regular readers of the GayTherapyLA blog some thoughts as the entire global community – our world – faces a pandemic of the Coronavirus/COVID-19 illness.  According to CNN.com, as of today (March 10, 2020), there have been 4,000 deaths worldwide and 113,00 people infected.  (For perspective, according to the Association for Safe International Road Travel, the number of deaths per day by car crashes is 3,287; and according to the United Nations, over 25,000 people die per day of starvation.)

I cite these various statistics to give some perspective on the kinds of threats people in our world face every day.  And yet, if you watch the news on TV or online, or hear it on your car radio, “Coronavirus” is much of what you hear about.  University classes are being canceled all over the US and the world, the entire nation of Italy is in some sort of “national quarantine”, and major events from the PGA Golf Tournament to plans for White Party Palm Springs are either affected or questioned, whereas revelers at Winter Party Miami are going as scheduled unabated.

What are some ways gay men can cope with the COVID-19 threat? In many ways, of course, it would be the same as straight men, women, or anyone in the United States, or the world.  Taking contagion precautions such as frequent hand-washing.  Staying home if sick.  Getting medical care if symptoms appear or persist/worsen.  Staying informed on what the latest public health recommendations are.  And, maybe staying home a bit more to avoid crowded areas (this might be particularly hard for the generally-social gay male community, ie. Winter Party, mentioned above; White Party Palm Springs is still going ahead as scheduled for now, while in some cases, college campuses have been closed for the remainder of the Spring semester).  The challenge, just like with any virus in the news, from AIDS to other STI’s, is to balance what is a reasonable precaution in service to the public health, versus what is an irrational hysteria, an anxiety out of proportion to the actual threat.  Coronavirus/COVID-19 has not yet been identified as a global plague that needs to be responded to with a complete cessation of public life; the effects of doing this prematurely would have severe global and social economic consequences.  We must meet the threat with credible, reasonable, rational, and perhaps most of all, evidence-based responses based on science, not a shrill hysteria that has no basis in fact.  We need our government leaders to be science-based in guiding The People, and in the age of “climate-change denial” by Republicans in America and other global, vicious, greedy, and just plain stupid oligarchs across the world, that’s not likely to happen.

Another tip for gay men, just as for everyone, is using critical thinking.  Don’t join the latest “fad” of stockpiling toilet paper or other ideas based on colloquial hearsay and rumor that don’t have some kind of public health organization or science-based government endorsement.  Use common sense about nutrition and rest.  Tele-commute to work when you can.  And be good to yourself (such as I’ve tried to be) if you find yourself triggered by shades of the early AIDS crisis.  As one gay friend said, comparing COVID-19 to AIDS, to a straight friend, “Welcome to my world!”  Those of us who have been fighting stigma with facts for decades have all been here before.

One of my clients with an admitted propensity for hypochondria discussed his anxieties about COVID-19 with me.  If you find yourself with severe fears, anxiety, sleeplessness, or even panic attacks, it’s important to seek help.  Cognitive-Behavioral Therapy, Mindfulness Meditation, Dialectical Behavioral Therapy, and Progressive Muscle Relaxation are all techniques a licensed psychotherapist can help you with.  You might also consider seeking a consultation with a psychiatrist (a type of MD, medical doctor) to evaluate you for the use of anxiolytic medications to see if you are a candidate for their use.  It’s important to use rational thinking, throughout.  As President Franklin Delano Roosevelt said, in the early years of the Great Depression, “Let me assert my firm belief, that the only thing we have to fear, is fear itself.”

As this COVID-19 crisis unfolds, I am reminded – dare I say, triggered – by shades of the AIDS crisis.  The usual bigoted, incompetent, greedy, arrogant Republican leadership in the United States back then in the 80’s was murderously cavalier about thousands of deaths then adding up, because AIDS was seen as “only” affecting gay men and, early on, Haitians, as opposed to cisgender straight rich White Protestant men (the ones who, in Republican values, “really matter.”)  Once again, we have the murderously incompetent Republican leadership misinforming the public and having it handled by the severely disturbed tyrant, Donald Trump, and his allegedly closet-case VP, Mike Pence, who redirected funds in his native Indiana from HIV prevention to “pray away the gay” programs, and has lost all public trust and credibility.  The United States, under Republicans, have some of the worst health records in the Western world by a wide variety of measures.

Republican non-response to the AIDS crisis is as notorious as it is infuriating. Former “President” Ronald Wilson Reagan (“666”) presided over 89,343 AIDS deaths and did nothing.  For gay men who are now middle-aged (like me) and older, this fact is a stain on the history of our nation that is both traumatic and unforgivable, and yet here we are, in the face of a new global health crisis, and the United States/Republican response has been drastically undermined by “humor”, greed, misinformation, and unintelligible “tweets” from Trump.

While the Coronavirus/COVID-19 affects more than “just” one particular group of people, it disproportionately affects (kills) older people, but even this isn’t compelling for the current Republican leadership, who has just this week committed to cutting Medicare and Social Security in his new federal budget if re-elected in 2020, in a cavalier “oh, just let the old people starve and die” attitude.  In typical Republican fashion, anything that gets in the way of corporate profits, even a little bit, like “concern” over COVID-19, is shunned as being the “enemy of business”, such as acknowledging climate change.

The number of COVID-19 deaths pales, currently, in comparison to the number of daily global car accident deaths, and yet we don’t “ban driving.”  But we don’t yet know where the COVID-19 pandemic is going, just like we didn’t know exactly how many deaths from AIDS would take place when it became more known in the U.S. in 1981.  How much, exactly, “should” we be worried?  Exactly what should we start doing, change how we do it, or stop doing, in our collective daily lives?  Many people, worldwide, are asking this.  Only time will tell.

But I maintain, as a licensed mental health professional (LCSW) who has been a gay men’s specialist psychotherapist, and HIV/AIDS mental health expert, for over 28 years now (and living with HIV myself for 30 years, this year) that the anxieties about COVID-19 are “different” for gay men than for the average person. Not because of any extra health risk exactly, but because “we’ve seen it all before”.  Fool me once, Republicans, shame on you.  Fool me twice, Republicans, and fuck off and die.

Gay men like me who are old enough to have been adults at the time of the early years of AIDS crisis (even if young adults; I was diagnosed at age 26 in 1990), might have survived the height of the epidemic and learned to live with a chronic rage at Republican indifference, dismissal, and incompetence at their early non-response to the pandemic, but all those feelings get re-ignited (aka, “triggered”) when we see it happening all over again, this time with a different “mysterious” virus that has inadequate testing, no cure, and all kinds of irrational pandemonium and hysteria causing everything from large public event cancellations, to runs on hand sanitizer, to shortages of toilet paper on store shelves (WTF?).

So, for those “older” gay men who have seen Republican arrogance, indifference, lack of response, greed, and “humor” before, we have a warning:  Good Luck (providing leadership in the crisis) and Don’t Fuck It Up.  Because, this time, we are going to be MUCH less forgiving of government inaction, indifference, and ineptitude to the public health that ends up killing our loved ones.  “So from now on, watch your step, Old Men.  Mother is watching you!”