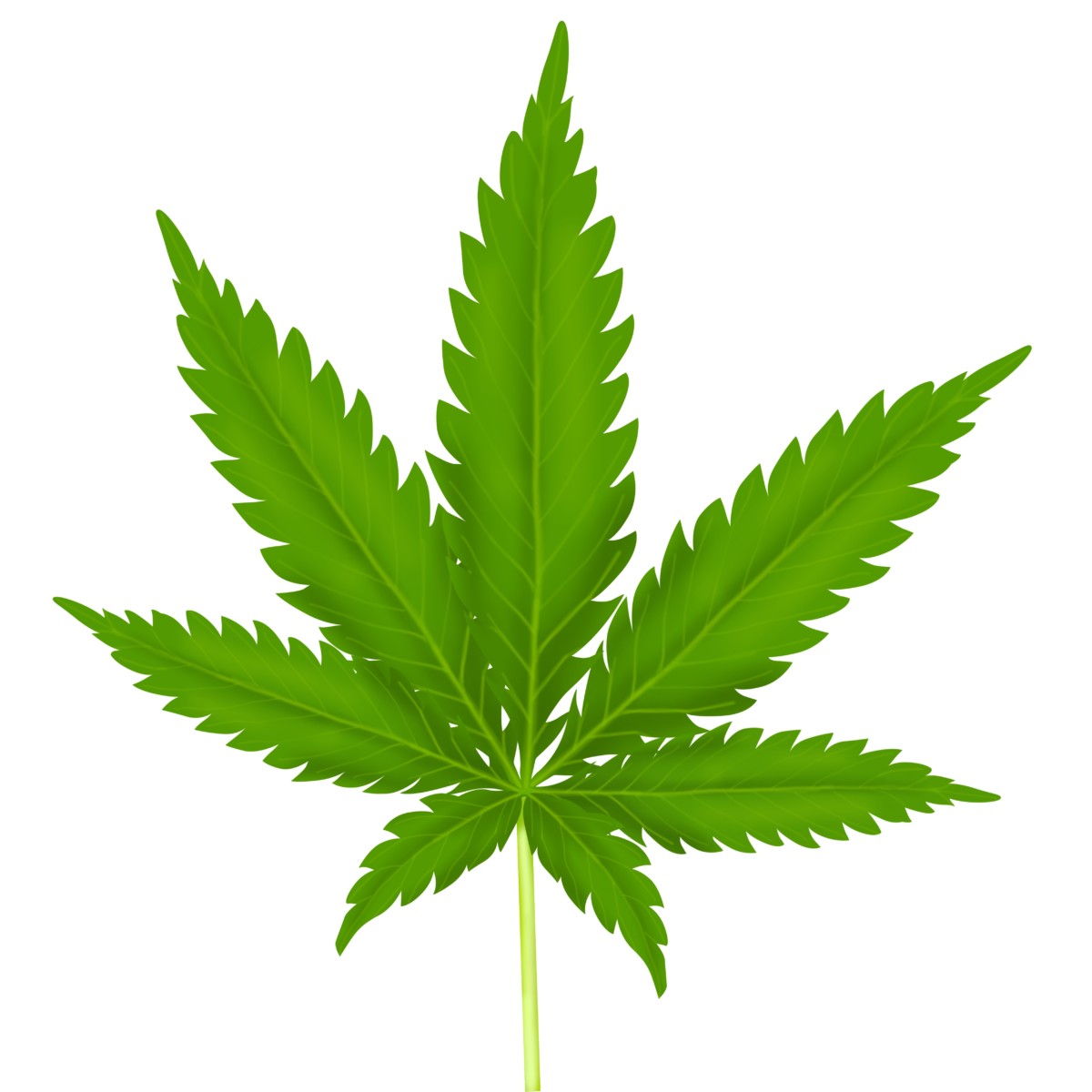 When it’s good, it’s very, very good. You’re relaxed. Sounds and sights are more vivid. Everything is a bit funny. Time loses its tyranny. Man, this feeling is great! Well, okay, there’s the clumsiness, hunger and thirst, and distorted senses, but at first, and maybe (for some people) for a very long time, the pluses of using certainly outweigh any negatives.  Do you roll another to keep the good times going? And another? Maybe you nibble on an “edible” to smooth the ride.

Then maybe relaxation morphs into anxiety and paranoia.  Wait, did I eat that whole brownie? No longer hungry, you’re feeling a bit nauseous. Your senses serve up an unwelcome hallucination. You suspect, in a red-eyed haze, that you’ve overdone it.  Again.

You’re certainly not alone in using weed. The National Institutes of Health (NIH), which I have always considered to be equal parts government medical education resource, research body, and watchdog to control the populace, reports that more than 83 million people in this country have used pot at least once in their lives, and more than 12 million people have used it in the previous month.  From experience in my personal and professional life, I would say that is (like most things at NIH) a “conservative” estimate.  Around the world, the estimate is that as many as 190 million people have indulged, which is, let’s face it, the majority of the populations in both North America and Europe (ever been to Amsterdam?). The World Health Organization says the U.S. exceeds 17 other North American and European nations in marijuana use (which makes me wonder why).  No wonder both Frito-Lay and Hershey’s are based here. The NIH also estimates 9 percent of marijuana users will become dependent on it.  Which means 91 percent won’t, but who wants to be in that unlucky minority?

Now, I usually think that the NIH espouses an overly-conservative, almost schoolmarmish approach about all things related to substances, which is about as paranoid as a meth user on a Monday morning.  I have always taken issue with what I call our government’s “All Philosophy”: all drugs, are all bad, for all people, in all circumstances, at all times.  I also don’t like their doomsday approach that purports that all recreational drugs are equally harmful, when they are not, in what I call “a-joint-is-a-pill-is-a-pipe-is-a-needle-is-a-grave”.  That’s oversimplifying a complex issue, which I think is unwise and a disservice to people in need.  That said, I have seen the massive “wreckage” drug and alcohol problems can cause, and I have helped countless people in my (22-year) career as a clinical social worker and psychotherapist (at non-profit agencies and in private practice) recover from severe substance problems (usually, but not always, with 12-Step program involvement, or its alternatives, such as SMART recovery or even “just” outpatient psychotherapy).  But I still take a pretty liberal approach that departs greatly from the NIH/NIMH/SAMHSA government party line about substances (usually noting that the government’s objections probably have more to do with the fact that they (currently, anyway) can’t get tax revenue from drugs, so they distort the risks in order to avoid having to spend taxpayer money on treatment programs, and therefore discourage all use of all substances in, as I said, all circumstances).  There is a politicization of the issues that has to do with everything from international relations to race relations to the profits of the private prison system.

This politicization can affect therapists, too.  As a child of the 60s and 70s, I consider myself a “liberal therapist” when it comes to many social issues, like civil rights, social justice, sex, drugs, and rock-and-roll, but I am aware that I have at least some therapist colleagues who will also espouse the “All Philosophy” without considering any other individual client variables.  I think this is short-sighted and overbroad.  To determine whether drug use is a problem, there has to be, uh, a problem, or series of problems – for the person, or even for the people around them, such as their partner(s), bosses, colleagues, employees, or neighbors.  We have to assess the harm in the use, and address the entire spectrum of intervention – from small changes in “harm reduction” up to complete abstinence.  What clients need as interventions will fall on a spectrum between needing no intervention at all in a certain “if it ain’t broke, don’t fix it” approach, to needing serious residential rehab and lifelong abstinence.  Mild or periodic recreational substance use, depending on which substance it is (and the level of harm DOES vary among them), in and of itself, is not “always” of clinical import, and can be unremarkable for millions of people across the world.  We see examples of this often, particularly regarding marijuana, but others as well, among both straight and gay people in bars, clubs, parties, beaches, resorts, private homes, etc.  These folks, what some people might call “the lucky ones”, aren’t faced with much burden and heartache, which can easily accompany heavy or addicted use of just about anything (including legal substances like alcohol, nicotine, caffeine, or “medical” marijuana).  Each person needs a careful clinical assessment to see just where the problems are.

But drug problems that can have severe consequences are not limited to “the bad stuff” like meth or heroin.  I believe that while many (maybe even most) people use marijuana recreationally without major problems (and, let’s face it, many people who are prescribed it legally for “medical” purposes are using it recreationally, and the prescription process is just a political show to appease conservatives, many of whom, hypocritically, are using privately themselves, including some cops I’ve known), there are others for whom marijuana use IS a problem, and there isn’t as much awareness or validation about that, which becomes an additional problem for the user, in feeling isolated.  I believe those clients need to be validated as being worthy of help.  What makes problems related to marijuana even more insidious is that no one really regards marijuana as “harmful” anymore except those who also think sex education, marriage equality, and climate education are “harmful”, too.  The problem with that is that unlike socially progressive movements where the “harm” doesn’t really exist, the occasional harm from heavy marijuana use is actually real; I’ve seen it (and remember, this is a very “liberal therapist” saying this).

The “bible” of psychiatric disorders, the Diagnostic and Statistical Manual of Mental Disorders, Fifth Edition (DSM-5) (American Psychiatric Association, 2013) provides a standard for identifying Cannabis Use Disorder, which is officially diagnosed when two or more of the following conditions occur during a 12-month period:

If you want to cut back or stop, the good news is that withdrawal from marijuana (unlike many other drugs) is generally mild, and symptoms can range from nothing to insomnia, restlessness, irritability (I’ve certainly seen this one in my practice), nausea, tremors, and sweating. Symptoms begin within a day of quitting, begin to subside after a couple of days, and are generally gone within a couple of weeks.

Discussing your cannabis use in therapy – group or individual – can help you stay focused on your goal of staying abstinent, and address any psychological issues that perhaps the cannabis use was masking and you were just “self-medicating” for.  People can come to rely on cannabis use as an avoidance tactic for processing through emotional problems like being unhappy in a job, having conflict in a relationship, confronting existential issues about quality of life, or coping with grief, boredom, emotional/physical pain, the effects of traumatic experiences, or frustration.  I’ve also seen heavy marijuana use in people with ADD (Attention Deficit Disorder), Major Depressive Disorder, or Generalized Anxiety Disorder, when they really need both psychotherapy (usually Cognitive-Behavioral) and a psychiatric evaluation for prescription medication.  Marijuana is not really a “one size fits all” remedy; medications that treat these conditions are much more specific in their mechanisms without being any more toxic, and tend to provide more targeted symptom relief, not just a blanket “high” to dull psychic pain.

The biggest observation I have of many ex-marijuana users in my practice is that they report being more focused on their life goals, and they generally just get more done in the course of the day.  Motivation for just about anything – work or play – can go up once the smoke literally clears.

Physical like exercise, like yoga, dancing, walking, or hiking can help dissipate everyday tension. In early non-use of marijuana, try to avoid stressful situations, and ask friends and family to be supportive, but give you space. Relaxation techniques such as progressive muscle relaxation, mindfulness meditation, or just listening to your favorite tunes can help with any “rebound” anxiety you get after stopping use.  If your withdrawal symptoms are severe, and these don’t ease up within a couple of weeks, visit your physician.

Everyone experiences withdrawal differently and you may have more going on than you realize.  Without the benefit of being “zoned out”, all kinds of negative emotions can come home to roost, ready to be actually dealt with in conscious processing (therapy) and not just swept under the smoky rug.

When you’re using a lot of pot, ask yourself, “What am I really avoiding?” “What’s going on in my job, my finances, my emotional life, my relationship, or my family that makes being stoned sound so much more appealing than feeling?”

When you’re ready to answer that, the support of a therapist who will help you – and not silently judge you – can be a great resource.  If you would like help for whatever is left after the smoke clears, let’s face that together.  Call 310-339-5778 or email Ken@GayTherapyLA.com for more information or to make an appointment.

(For my related article on crystal meth recovery, vist here.)