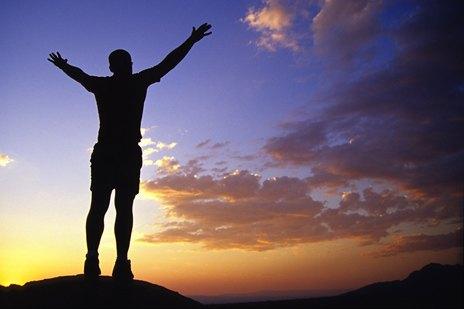 In Part One of this discussion, I talked about coping with specific traumas that include Medical, Legal, Academic, and Criminal traumas, and how to cope with them.

Here in Part Two, I will discuss Workplace, Family of Origin, Political, and Social/Peer traumas, and how to cope with them.

As I mentioned, I’ve had my own experiences with severe workplace bullying as an adult that went way beyond any school bullying.  One perpetrator was a gay male supervisor I had put my trust in, who sexually harassed me, but several others were women, who are often victims of workplace bullying or harassment/discrimination, but in my case these were women in positions of power over me, and my livelihood, that abused that authority out of their own jealousy, or selfishness, or antisocial/narcissistic behaviors.  Since that time, I’ve helped gay male clients with this, and I think gay men can be more vulnerable to workplace bullying than straight men, especially from straight women who don’t “really” respect gay men as men and seek to take advantage of our stereotyped “well-behaved” or “nice” demeanor, thinking we are “easy targets” who don’t have the cojones to fight back.  And to some degree, they are right; gay men can be reluctant to stand up for themselves, due to their history of minority stress and being intimidated by those in power against them.

Workplace bullying or sexual harassment is a trauma because it is a betrayal of the trust we put into bosses or colleagues, or even subordinates, and it undermines what is supposed to be a “safe space” for us to spend many hours in our work to earn our livelihood. When we are being victimized in that location, and yet need our jobs to pay our rent or put food on the table, or live, we can be traumatized by the helplessness and rage against the injustice.

Coping: In my case, and in the case of my clients, getting a new job and just getting out can be the best, and perhaps most obvious coping strategy.  Just get out.  Get far away.  But sometimes this experience requires making reports to Human Resources, demanding that higher management intervene. Or it involves being a plaintiff in a legal complaint, and I’ve helped clients with that, too, not only for justice for themselves, but also on a social or civic level, that teaches our society at large that “gay men bash back”, and that we won’t be intimidated or victimized by those who hold arbitrary anti-gay antipathy against us.  This shows the importance of supporting political candidates who advocate for legal, workplace protections for vulnerable groups, and for candidates who support tort policies so that we have formal, legal mechanisms for fighting back.  And, ultimately, it’s about moving on to surround ourselves with people who respect us, and either support us, or at the least, leave us alone.

Perhaps this one should have been first, because trauma that is a result of childhood or Family of Origin experiences are especially powerful in their ability to cause PTSD or other long-lasting negative effects.  Being physically, sexually, or emotionally abused by parents or other caregivers.  Childhood bullying by school peers.  Sometimes, being outright abused by a sibling (usually older) is a trauma (I worked with one client for a long time on that).  Childhood injury or illness that required a long physical recovery can be a trauma.  Growing up in a violent neighborhood, or a war zone, or in poverty can be traumas of their own.

These traumas are especially harmful because, again, they often involve a reversal, or a betrayal of trust, of either someone, or some place, that we were “supposed” to feel safe in.  We naturally “expect” our parents to protect us.  We expect our home, or even our home town, to be a nurturing environment.  We expect babysitters or caregivers to do their jobs of protecting us.  Or our school and teachers.  We expect our young bodies to grow strong and healthy, steadily.  But that’s not always the case.  Any of these, and others, can actually harm us severely because of their proximity to our “inner sanctum” of our home, school, or other familiar areas.

Coping: Coping with childhood trauma as adults has many components, such as being believed by others about the truth of what really happened to us.  Or learning how those traumas affected our physical, mental, psychological, developmental, and neurobiological well-being, so that we can come to terms with our past in order to reclaim our present and our future for ourselves in the name of “living a good life” – which includes adult romantic relationships and a healthy, rewarding adult sexuality.  Coping involves understanding where we were, what happened, how it affected us then, and how it affects us now.  We reclaim the right to declare that what happened to us as children was not morally or developmentally right, and to demand justice if we can (such as the Catholic Church priest sexual abuse settlements we hear so much about).  We declare that what happened to us growing up doesn’t necessarily have to affect us throughout adulthood.  This may, or may not, require confronting or even forgiving our childhood perpetrators, either directly, or even in our own heads and hearts.  Many of my clients have written letters to their perpetrators and read them aloud to the air, or even to a grave’s headstone.  Coping can be a series of meaningful, healing events, and a process that can take many forms as we develop as young, middle-aged, and older adults throughout the lifespan.

We can be betrayed by politics.  In the United States, we are raised with phrases like “all are created equal,” or that we have “inalienable rights” to “life, liberty, and the pursuit of happiness.”  And, yet, in that same country, we have states like Texas or Florida with “Don’t Say Gay” laws that oppress our school systems, or the recent vicious anti-trans bills saying children can’t play a sport they love because of wild, irrational fear fantasies borne of ignorance and hate.

Across the world, anti-LGBT laws, or even just cultural attitudes, can be traumatic for people who happen to be LGBT.  Being betrayed by the very society that we are born into is a trauma.  We expected to come into this life in a reasonably civil context, and sometimes we get anything but civil treatment by our “elected” leaders.

Coping: Coping with political trauma means having the seemingly indefatigable energy to fight back on those legal, political, social, and cultural levels.  We seemingly tirelessly need to educate, re-educate, advocate, protest, and demand that political injustices either stop, or are never enacted into law and policy in the first place.  Not only for ourselves, but for the generations to come and for our colleagues in our LGBT communities in the present day.

We can have social or peer traumatic loss, as well.  So many gay men experienced a loss of so many of their gay male peers to the AIDS crisis in places like New York, San Francisco, Los Angeles, and Miami, among so many other places, large and small.  We can have a certain traumatic loss socially when we leave high school or college, and a group of peer friends we might have grown up with from a very young age.  We even have perhaps a mild trauma of leaving work friends when we change jobs, in losing people we have spent literally thousands of hours with, and yet those relationships are over the minute we clean out our desk – either by going to a new job we want, or from being suddenly laid off due to some kind of economic “convenience” of the organization we were once loyal to, and made personal sacrifices for.  We can have a certain social traumatic loss when we somehow lose a group of friends, as a recent client discussed with me in being “cast out” suddenly by a group of gay male peer friends, for reasons no one in the group made clear to him.

Coping: We cope with these losses by understanding that our social relationships are fluid, and they evolve over time.  The same people who attended your 30th birthday party might not be at all the ones who attend your 50th.  This is why people tend to cling to Family of Origin and especially sibling relationships, because “blood is thicker than water,” and these relationships tend to endure when others can be transient, even among so-called “best friends.”  By accepting that different people will likely be the “cast of characters” at different points of our lives, we adaptively cope with social change, as our needs change throughout the lifespan.

Notice how each of these sections, and these are not the exhaustive list of the kinds of traumas a person can endure, has an adaptive coping.  Evolution and history teach us all that adaptive coping is not survival of the fittest, but of those most able to adapt to their surroundings to survive and thrive for as long as life takes us.

Whatever traumatic experiences in your past, currently, or even what you might face in the future, consider identifying and implementing the adaptive coping response that will mitigate them.  They might be classic, or they might be unique to you.

And if you need help with mounting an adaptive coping response, consider therapy or coaching.  These professional support services are probably most often utilized for trauma, because, as the saying goes, shit happens.  But you don’t have to face it alone.  Company doubles our joys and halves our sorrows.  For more information, call 310-339-5778, or email Ken@GayTherapyLA.com.