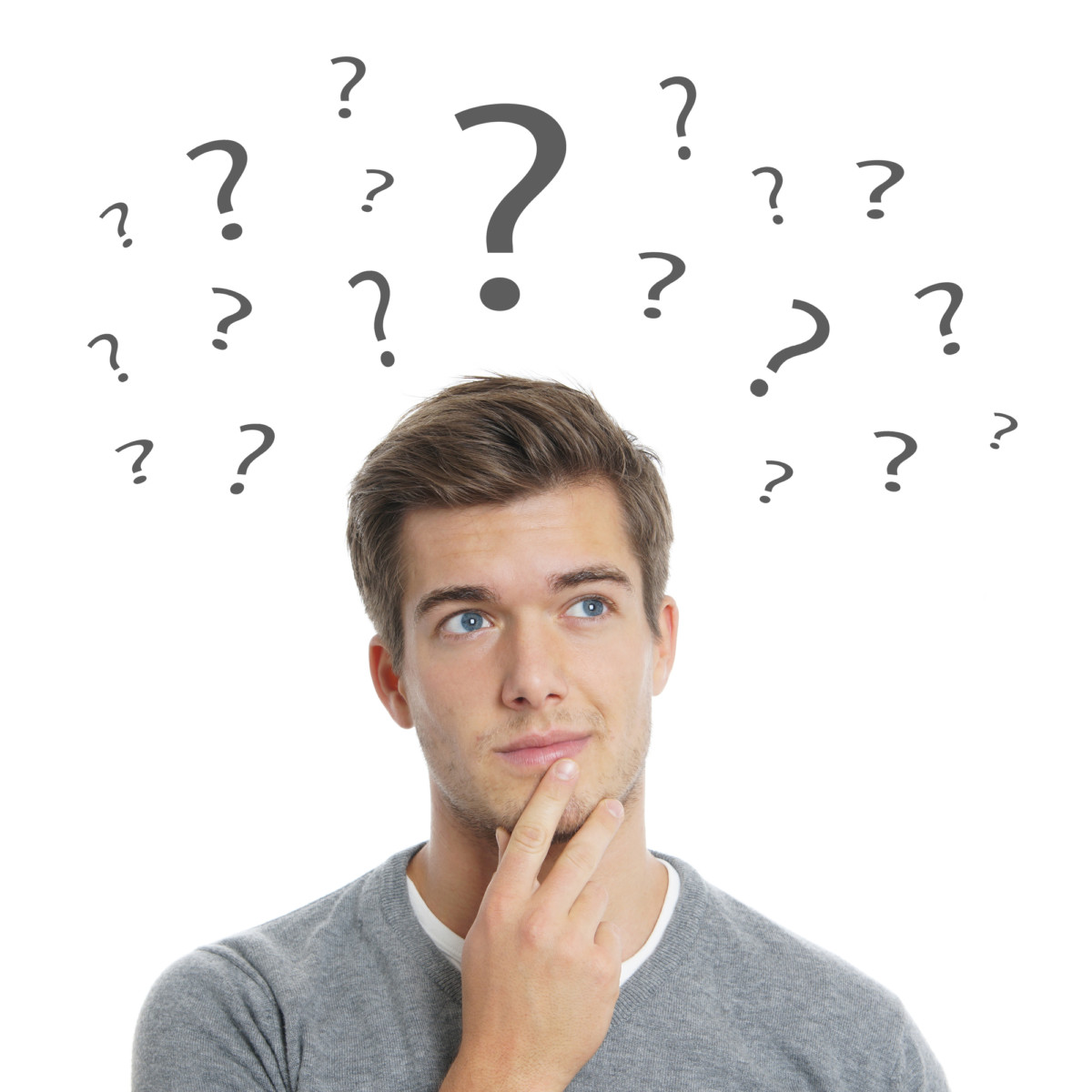 Gay Men and Reaching Goals:  Are You Stymied by Approach/Avoidance?

So much of what I do as a gay men’s specialist therapist and coach (for the past 27 years) is about helping gay men (and couples) reach their GOALS.  But what does that mean?  I think it’s about the idea that to live our best life, we identify the unique things that bring us subjective quality of life and joy, and we aim to maximize those, while at the same time mitigating life’s challenges that get in the way of that pursuit (such as losses, setbacks, obstacles, or frustrations).

If you talk to most guys, and ask them their goals, either personally or professionally, they will tell you that they’d like to have more of something, or less of something, in their life.  They would like to learn how to do a new skill, achievement, or state of being, or learn how to not do something, such as a bad habit, burden, or conflict.  The straightforward pursuit of that goal should be easy, right?  You just work toward it until you’ve achieved it.

What I’ve found over literally decades of formal and informal observational research is that guys actually have a lot of ambivalence about reaching their goals.  They want to, but, eh, they really don’t.  I (and others) call this “Approach/Avoidance”.  It’s about the daily push-and-pull and inner conflict that even unconsciously controls, or at least influences, our behavior.

A guy might call me and ask if I’m seeing new clients, and if I’m not full at the moment, I’ll say sure, and ask what he wants some help with.  Often, it’s something like, “I really want to change my career. I’ve been a waiter for 5 years since I moved to LA from Bumfuck, and I really want to be an interior designer.”  So, we start work.  I take a full history and what social workers like me call a “bio-psycho-social assessment”.  We lay out some goals, and we discuss any family of origin, cultural, or physical/mental challenges that paint the picture.  And maybe we discuss what he likes and dislikes about being a waiter, and why he thinks becoming an interior designer might be a fun change, for more creative, more lucrative, more fulfilling, and more enduring work.  Then I get a text after his session saying he can’t make next week’s session because of some excuse that shows that his therapy is not a high priority.  Whatever happened to wanting to be the interior designer??

Or a guy might come to me because he’s 70 pounds overweight and he just had a physical where a doctor told him to lose some weight to reduce his heart disease risk.  He also wants a gay therapist to help him cope with the gay community pressures about body image and how to improve self-esteem and work on himself in a healthy way.  He wants support for the kind of cognitive and behavioral changes it would take to lose the 70 pounds within a year.  Then a few weeks into his three-times-a-week gym schedule, he reports he only went to the gym once in 11 days because “he was busy”.  OK, that’s not going to get him to lose 70 pounds anytime soon.

What is going on here?

In addition to setting measurable, observable, objective goals to change your life for the better, you also have to really work through approach/avoidance.  The approach part is easy – Googling “gay therapist” and probably finding my GayTherapyLA.com website.  Then calling or texting or emailing (all three will work) for an appointment inquiry.  Completing an online intake (easy).  Finding my office (not that hard) on a map, navigating LA’s notorious traffic, finding a parking space, showing up, and getting down to business.  Or, doing it all through phone or webcam for guys outside of the LA area.  Talking about the goals. Describing what would feel really good to accomplish.  That’s the approach, like an airplane lining up to land on a runway, focused and precise.

But the harder part is the avoidance.  What are some of the factors that contribute to the avoidance?  What types of conscious or unconscious fears are at work, sabotaging the progress toward your goals?

In the first case, our interior designer, he’s not understanding that attending therapy or coaching sessions consistently has been found in research to be correlated with positive outcomes of treatment.  I realize that consistent services can sound self-serving when a therapist/coach makes his living by clients attending sessions, but aside from how that can sound, it’s also true.  The consistent investment in just about any goal-directed effort tends to correlate with that goal being achieved.  That’s true in health, education, business, finance, and the arts.  But maybe our guy has fears about leaving a “safe”, consistent job as a waiter and what going back to school for interior design might mean.  Or maybe anti-gay sentiments he’s grown up with from critical parents, bad teachers, bad coaches, bullying peers, or anti-gay politicians and pundits have had the effect of diminishing his self-esteem, self-confidence, and sense of agency to do just about anything big or meaningful.  Or maybe he doubts his own aptitude or talent for design, despite having an interest in it.  Maybe he’s been somehow sheltered and just doesn’t know enough about the business to make the decision to join it.  These kinds of avoidance thoughts are the things that need to be identified, rooted out, processed, and resolved in the course of someone’s therapy or coaching, and replaced with positive cognitions and consistent, productive behaviors; with big new goals, slow and steady efforts win the race.

With our other guy, issues of body image and changing behaviors in service to health are classic situations where all people (not just gay men) can feel conflicted.  Everyone wants to be healthier overall and usually to follow “doctor’s orders”, but this can be undermined when we might have been the victim of the abuse of parental authority, so we resist anything someone “in power” tells us to do.  We might doubt whether losing 70 pounds, even in a reasonable, medically-supervised plan, is even possible.   Maybe we fear the types of sacrifice it would require (giving up the joy of having our favorite foods, or feeling burdened by the time and effort it takes to exercise enough to shed excess weight).

Sometimes our avoidance can “seem” awfully compelling.  Oh, we’re busy.  Oh, we’re watching our budget.  Oh, maybe it all can wait just this once.  They say the road to Hell is paved with “good intentions”.  Unfortunately, if you look at people who tend to reach their goals – people we see in life where they seem to do everything they put their mind to – get a great job, achieve special projects, have a great body, earn good money, make a social impact – think of athletes like Olympians (Gus Kenworthy, Florence Joyner), or politicians who come from modest backgrounds (Barack Obama, Alexandria Ocasio-Cortes, Pete Buttiegieg), these are people who might be known for all kinds of things, but they are also known for meeting their goals.  We ask ourselves, how can we be like them?  How do they overcome avoidance?  Aren’t they ever “busy”, “tired”, “getting distracted”, or “watching their budget”?  What makes them meet their goals, when so many others do not? 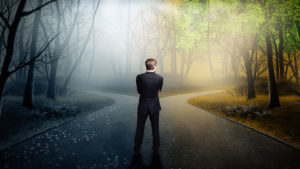 Characteristics of Gay Men Who Succeed in Their Goals

The guys I work with who meet their goals tend to have several characteristics that I’ve observed, very consistently over many years.  Actors who get work.  Middle-aged guys who change careers.  Men with chaotic finances and debt who end up in the black.  Guys who struggle with substances getting and staying sober.  Guys who build the physique they want.  Men who come to terms with psychological trauma or psychiatric disorders and minimize symptoms. Guys who get and sustain happy relationships.  What are they all doing?

First, they get the help they need.  They seek out help, not just from me as their therapist or coach, but from professional mentors as well, people who have already achieved what they want, and they try to follow their example.  They research and dig to get the information they need to guide them.  They stay at it consistently, even when they don’t want to put in effort that day.  They know the difference between having patience versus becoming complacent.  They keep a positive mindset that endures, even when they face setbacks.  They know what making a commitment means, and they keep it. They’re not afraid to ponder their own shortcomings, and develop strategies to overcome them.  They realize that the road to reaching a goal sometimes isn’t fun, but it’s always rewarding.  They recognize when they are indulging in avoidance, mentally or behaviorally, and they double-down yet again on approach.

But I’ve never seen guys achieve these things without help.  I’m an outspoken LGBT activist and liberal activist, because I don’t believe in this conservative drivel about the “self-made man”.  Sure, hard work is important.  I know many guys are ambivalent about doing something and whine that “it’s too much work;” I get it.  Conservatives are correct when they say hard work is necessary for success.  However, I also believe in a collective society where no man is an island and everyone, to tell the truth, got help from others to get where they are today.  This is why making the approach to not just one or two people (like a therapist), but to many people, such as supportive family, friends, colleagues, and mentors, is so important.  We also need the support of the public (our customers, students, employees, patrons, etc.) to succeed as well.  No one really cares if you do an Olympics-worthy long jump if no one is there to see it.  No one cares if you can sing opera perfectly if it’s only in the shower and even the neighbors aren’t home.  We need others to help us succeed.

And, of course, you have to want it.  Sometimes approach/avoidance is another name for just being “half” interested in a goal.  You’d take it if someone gave it to you or if it were easy, but you don’t want it enough to work for it.  There’s the difference.  Ask yourself, What do you want badly enough that you actually would do the (sometimes very hard) work it requires to get it?  Then you know you’re really on to something that fulfills your values.  You’re in the right job (sport, art, etc.) if you still like it even on its worst day.

Think about what might be important for you to achieve as a goal.  If you want help with that, I’m here to help you get it.

For more information on my therapy/coaching services, either in person in LA or remotely via phone or webcam, call/text my cell at 310-339-5778, or email Ken@GayTherapyLA.com.