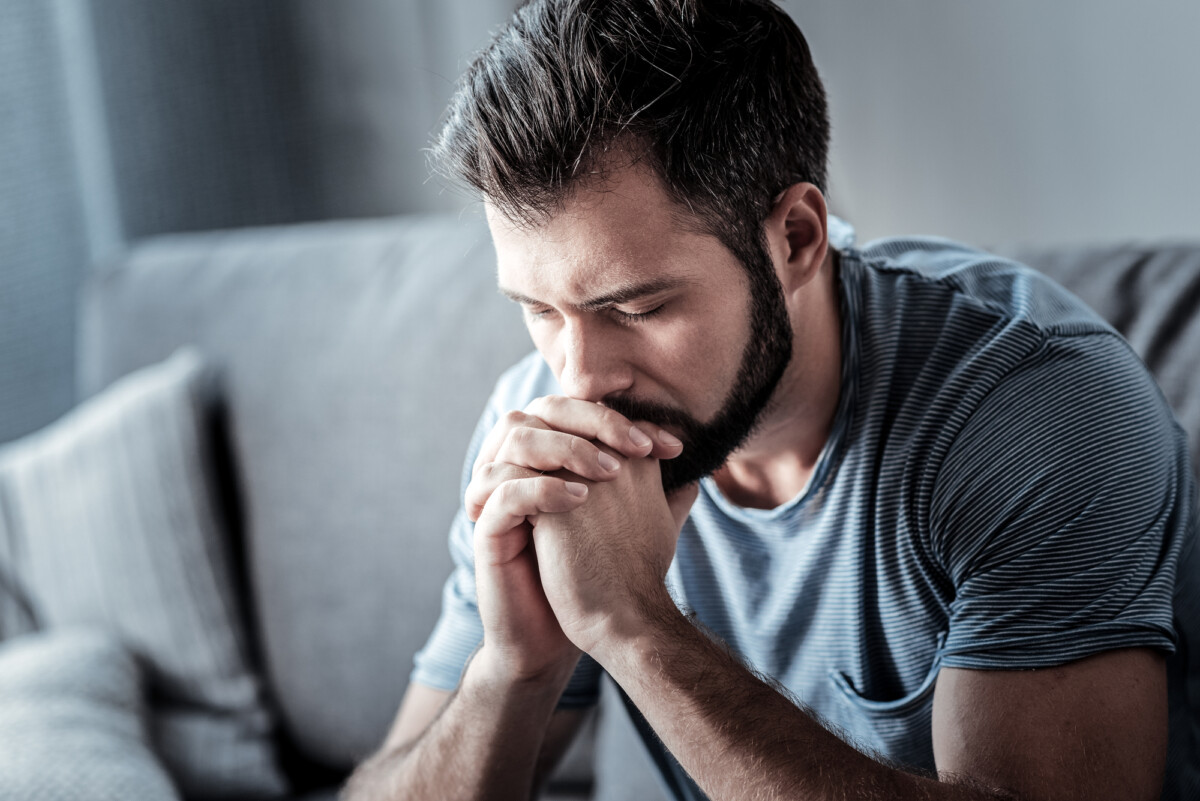 Gay Men and Reconciling Your Religious Beliefs with Your Sexuality

In my experience as a gay men’s specialist therapist (30 years in 2022) in California, and life/career/relationship coach (nationally and worldwide), I’ve written before about gay men reclaiming their spirituality (that article is here: https://www.gaytherapyla.com/gay-mens-spirituality-reclaiming-rights/).

Someone messaged me on Instagram recently and asked me to address the topic of reconciling your religious beliefs with your sexuality as a gay man.  There are many aspects to this, so I’d like to offer my perspective.

Clinical social workers, like me, are taught to “assess” each new client they work with, in a “bio-psycho-social assessment” that includes much about who they are, the challenges they’d like some help with (from mild life challenges all the way up to coping with major psychiatric disorders and traumas).  Part of understanding someone is about their name, age, ethnicity, location, health status, Family of Origin, mental status, socio-economic status, disabilities, strengths, relationships, etc.

The “better” social workers/therapists will address the person’s spirituality, whether it is one of the world’s many religions, or Secular Humanist, agnostic, or atheist.  (The better therapists will also ask about sexual history, but, woefully, this is ignored and overlooked by many therapists who can’t or don’t want to explore this; I do as an AASECT Certified Sex Therapist in the United States.)  And nearly all of the time, the gay men I work with want nothing to do with organized religion, as most have been in some way abused by religious institutions telling them their whole lives that they are sick/bad/wrong just for being gay, or saying it’s “OK to be gay” but “just don’t act on it.”  Understandably, this causes a lot of ire and frustration, as it is a profound (existential-level) devaluing of who that gay man is.

As we grow up, and go from little gay boys to adult gay men, we, each of us, has to somehow come to terms with what kind of spirituality we grew up with with our parents or other child-rearing, and many influences.  Let’s look at some of these influences, and how we all “got here” in terms of what influenced us, and what to do with it:

In the United States, the Anglo-background Southern guys are often influenced by Southern Baptist or Evangelical dogma.  These religions are officially, and especially, virulently anti-gay, and this pressure on gay boys who grow up hearing (as I did) specifically anti-gay (male) dogma can easily experience this as a repeated trauma.

I remember growing up outside of Washington, DC, and my parents taking (dragging) me to a Southern Baptist church (for perspective, it was also attended by the notorious Senator Strom Thurmond of South Carolina, a virulent racist and avowed Segregationist in history).  I remember the smooth-talking Southern preacher with his white shoes railing from the pulpit about the “Ho-Mo-Sexual”, and while I didn’t really know what that was at that age (about 10), I always got an uneasy feeling in my stomach when he did this; somehow, I knew he was talking about me.  I still wonder if I actually blushed sitting in the pew.

I’m now in my 50’s, and I remember this experience from the 1970’s.  This is what I mean when I say that experiences in anti-gay churches can have a lasting, and negative, impact on the self-esteem and self-concept of gay men.  And I hear similar experiences from many, even most, of my clients.

Much of this has to do with history, immigration, and migration, that goes back in your family tree to wherever your ancestors settled.  To understand the influences on you and what can create inner conflicts between how you were raised and how you feel, you have to understand all that “23andme” stuff about our ancestors and how their national cultural traditions influence us, probably more than we consciously realize.

Those are just my examples, but think about your own family: Where were the consistent messages of what you were taught?  Where were the inconsistencies, or variations?  In this way, you observed different people holding somewhat individualized perspectives, and you get to have your own individualized perspective of what works for you; this is no “One Right Way,” even in conservatively religious families.

Very few gay men get affirmative messages about being gay when they are children or adolescents, and then they have to sort of un-learn those negative messages once they are consenting adults, when they might be doing a lot of “critical thinking” about what beliefs, and even actions, they want to keep as adults that their parents/Family of Origin taught them, and what they want to discard.  This is part of both the opportunity – and the obligation – of being an adult.  Sex, political affiliation, religion, money management, vocation, hobbies, positions on social issues, all are variables to be “sorted out” as part of being a young adult.  The key here is having, and feeling/thinking, that part of the adult prerogative is forming these values, priorities, and beliefs for yourself, and they really aren’t anyone’s else’s business.

Not only do you have the right to do this for yourself, but you really have the obligation.  This is what makes you an informed, aware, autonomous adult, and not just some “indoctrinated sheep” that simply does what he’s told.  Some guys think they “can’t” do this, because they can’t just “pick and choose” from dogma or scripture from sacred texts.  But when you think about it, we all do this, not just gay men. Even your devout mother or devout father (or other primary caretaker of you as a child) would be doing at least “some” interpretation of broader, group spiritual traditions as they either understand them, or want to practice them.  It’s not like you’re the only one sorting things out and finding what works for you: what is affirmative to who you are, what has meaning for you, what is a comfort or solace for you, and what just makes sense to you.  And this can be any, some of all, or no spiritual structure to follow.

Secular Humanists (my favorite) can be this way, where we believe we are all equal, and no one spiritual tradition or practice is inherently “superior” to anyone else, in all the world and in all history, when it comes to explaining Nature and the nature of humankind and the cosmos.  And, yes, we can hold traditions “accountable” – when I hold conservative Evangelicalism, Catholicism, Protestantism, Islam, Judaism, or whatever, accountable for their negative influences on people in the world that lead to wars, bombings, beatings, maimings, murder, or even “just” forms of discrimination, yes, that is an empowered action.  I enjoy fighting back against religious oppression, not only of what I am, as a gay man, but also others I care about, such as women who are being oppressed (such as the current horrible oppression of women in the new Afghanistan radical extreme conservative Taliban adulteration of Islam that requires them to be covered except for their eyes in public), or the greedy extortion of Hollywood figures by the so-called “Church” of Scientology.  I’m not a woman, and I’m not a Hollywood professional, but I stick up for them against religious oppression anyway.

The positive spiritual values of world religions I respect, such as charity, compassion, and emotional support. The negative aspects, when it’s used for oppression of either humans or animals, I’m going to speak up.

We can all do that.  We can fight back against the oppressions that we either experience ourselves, or experience vicariously by observation of the oppression of people we care about.  Or even ones we don’t especially know, or identify with, but we care about them anyway.  It’s called human decency, which may or may not be associated with a world religious tradition.

There are many/most gay men who believe that God, or Goddess, or the gods, or Nature gave us a human sexuality for a reason.  We don’t procreate that way, but we serve a purpose about human relationships and interaction.  We exalt ourselves and each other when we celebrate, and practice, our sexuality as a gift and part of the nature of being alive.  Many believe we wouldn’t want sexual expression if we somehow were not “supposed” to be sexually active, in whatever way(s) work for you, and have physical/emotional/interpersonal meaning for you.

Being spiritual and being gay are not, actually, incompatible.  Because that’s just one more variation on our understanding, interpretation, and belief system that we hold, as everyone does.  Being compassionate to ourselves as gay men means that although we might have been oppressed by some kind of antipathy from whatever anti-LGBT religion in the past, that’s not something we need to carry in our Sense of Self forever, like a backpack full of rocks.  We can set the backpack down, gently or tossing it with great force, and continue on our merry way on the Path of Life.  Enjoy the trip.

Ken Howard, LCSW, CST, is a gay and HIV-positive (31 years) licensed psychotherapist (Licensed Clinical Social Worker, AASECT Certified Sex Therapist,  and life/relationship/career/executive coach (worldwide) who has specialized in working with gay men, as individuals and couples, for 30 years.  He helps many gay men (and others) resolve the issues that undermine your quality of life, and helps you to thrive.   For help improving your personal or professional life, whatever your current challenges are, consider sessions with Ken for counseling, coaching, or therapy sessions, in-office (Los Angeles), via phone, or webcam, anywhere in the world.  Call/text 310-339-5778 or email Ken@GayTherapyLA.comfor more information.  Ken is also available for expert witness work on legal proceedings involving gay men, all LGBT issues, HIV/AIDS, Diversity, and issues concerning psychiatric illness or disability, as well as organizational consulting for non-profit organizations, corporations, college campuses, and conferences.