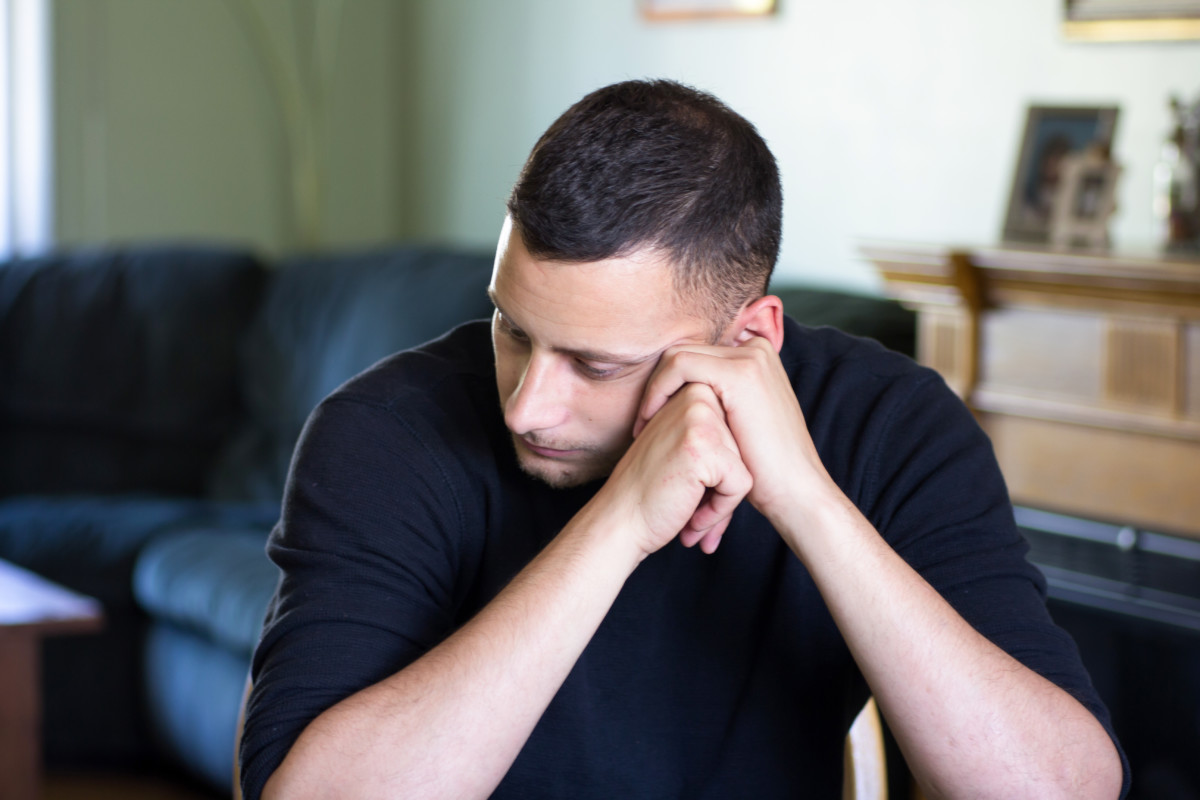 Depression is the number one mental health problem in the world and gay men, lesbians, and bisexuals are up to twice as likely to suffer from depression as heterosexuals – not because they inferior human beings (contrary to some religious teachings and other oppression), but because the cumulative stress of heterosexism and homophobia in society, from too-often family rejection, to bullying, to discrimination, to lack of full legal civil rights, and even the seemingly relentless anti-gay rhetoric from conservative pundits in the media, takes an emotional toll over many years that can contribute to low self-esteem, a poor sense-of-self, and even clinical depression.  Even for non-LGBT people, depression is still very prevalent.  It is the most common presenting issue that I have seen in my private practice in over 22 years of providing therapy with a gay male specialization.  A meta-study (study of studies) revealed lesbian, gay and bisexual people are 1½ times more likely to be depressed and twice as likely to attempt suicide, which is why resources like The Trevor Project were developed to support gay youth.  The contributions to the development of depression, in addition to a genetic propensity in your family and natural brain chemistry, can be both homophobia and isolation, which is why I offer sessions in-person and via phone and Skype, for guys who don’t have local access to a gay-specialist therapist/coach in your area.

The symptoms of depression can include:

Thoughts of suicide are a predictable next step.  This not “weakness”; this is a symptom of severe depression that is treatable but can be disturbingly persistent.  Quick action (such as going to a hospital emergency room just to “buy yourself time” is essential).  The deaths of famous people by suicide, such as the recent (August, 2014) passing of comedian/actor Robin Williams, brings awareness of the tragedy of suicide to the forefront of discussion.

So, when faced with depression, what can you do about it?  Fortunately, there quite a few “evidence-based” treatments, meanings therapies and strategies that have been found through objective, empirical (observable), published research to be effective for many different people.

1.  Talk to somebody. I’d strongly encourage you to find a gay-friendly therapist, who likely has lots of experience helping other clients manage symptoms like yours. Just talking to an understanding listener can do a lot to relieve your symptoms. A support group, particularly one focused on gay men or gay youth, will also help you gain perspective and support. It’s ironic that depression seems to drive us to retreat into miserable solitude just when interpersonal relationships and supportive companionship are what’s needed most.

2.  Try meds. People often fall victim to a lot of miseducation and myths about the use of legal, prescribed, supervised medication, and it’s important to separate the myth (no thanks to you, Mr. Scientologist Tom Cruise) from the facts.  Only a physician, physician’s assistant, or nurse practitioner can prescribe medication in California, and many states have similar laws.  It’s only rarely that a psychotherapist can prescribe medication, and even that is controversial.  The best source of information about anti-depressant medication is an MD, and I would even recommend that you consult a board-certified psychiatrist, which is a type of specialist MD.  Medication can the step that makes a big difference in your experience of yourself and just an overall, subjective experience of “feeling better” and more functional.

Depression is a mixture of environmental and chemical factors and the right meds can help you deal with whatever is going on chemically in your brain.  When I teach my course in advanced clinical practice as an adjunct faculty with the USC School of Social Work, I help students learn about the neurobiology of depression, for which there is a lot of interesting and compelling modern research.  The most widely used (and annoyingly unpronounceable) types of antidepressants are:

3.  Come out.  A small study in Montreal found that members of sexual minorities who were not “out” were significantly more likely to be depressed than those who were open about their sexuality. Researchers speculate the reason for that is that surviving a stressor like coming out increases personal resilience and self-confidence.  It also develops critical thinking skills (learning to think for yourself and not just believe everything you’ve been indoctrinated to believe by anti-gay forces in religion, politics, gender role expectations, etc.).  Self-reflection and critical thinking are important components of Cognitive-Behavioral Therapy (CBT, pioneered by Aaron Beck, MD), which is what I use most often to treat depression (Klonopin), OCD, anxiety, ADD, PTSD, weight loss, body image issues, Asperger’s Disorder, and other challenges I see clients cope with in my office every week.   There is lots of research that shows that CBT, especially combined with medication, is the fast track to feeling and functioning better after a depression diagnosis.

4.  Lobby. Researchers are beginning to realize the need for more information about depression as it affects the gay community. In a 2012 report on suicide prevention, U.S. Surgeon General Regina Benjamin called for improved psychological research and gay-affirmative treatment for LGBT people. That’s partially because of the conflicting evidence about depression in the LGBT community, with some recent studies indicating that there’s little difference in depression rates between gay and straight clients.  Researchers believe that the general cultural propensity for gay men, especially in the “gay urban centers”, to eat well and work out regularly plays a part in depression regulation, as long as it’s short of the “body fascism” pressure we can be under at times, too.  Lobby when you can (write/email/call) to your government representatives (local/state/federal) and ask for more definitive research in mental health for our community; there is by far not enough gay-affirmative (as opposed to the unethical, ineffective, and harmful “reparative” therapy, aka “sexual orientation change efforts”) going on.

Participating in activism, too, can be very self-empowering experience that challenges the complacency and non-involvement of depression.  Being an advocate for yourself and your peers in the gay community goes a long way in fighting back against the oppression that can contribute to individual – and collective – community depression.  Join a march.  Participate in a boycott(s).  Write letters.  Make phone calls.  Stand up and speak out whenever your legal rights are unequal or being challenged.  A sense of self-empowerment and self-efficacy (the belief that YOU can change your circumstances) is an important part of depression management that I’ve helped clients cultivate in themselves over and over.

5.  Get Married.  Infuriatingly, one of the proofs against depression is generally denied to our community – marriage. The World Health Organization reports that single and divorced people are twice as likely to be depressed as married people. Researchers speculate this is because there is protection from stressful situations in being part of a couple, a sort of “buddy system” for managing stress that’s right next to you every night and every morning. Of course, the marriage question, even when you have that legal option in your state, is complicated, and I help gay couples prepare for that step in their relationship (or deciding to make their home together) in my “Allied Down the Aisle” program for couples.  But when having equal legal civil rights, such as marriage equality, actually has proven mental health benefits, it’s worth fighting for.  And, by the way, so are you.  Don’t let depression stand in the way of being all that you can.  With the right combination of helping resources, there is much reason for hope for recovery.  Every journey begins with the first step.

If you’d like to take that first step, contact me at Ken@GayTherapyLA.com or call/text 310-339-5778 for a complimentary 15-minute consultation and information on available appointments in my office in Los Angeles, or via phone or webcam.