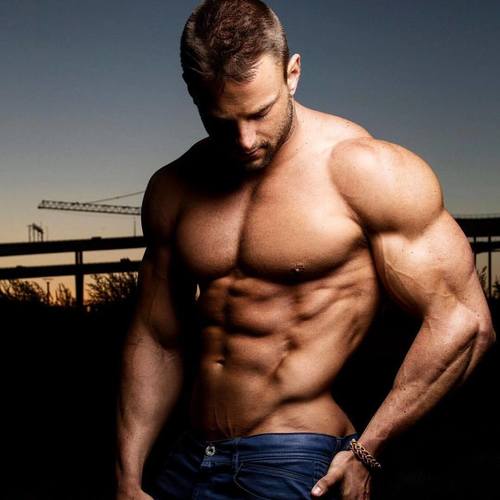 No Pain, No Gain

As a therapist and life coach who specializes in gay men and gay male couples (for over 25 years now), I’ve noticed a theme in recent sessions over the past few weeks that I wanted to share with you.

That theme is the idea of guys facing some tough situations and moving through them, with determination and bravery.  Lots of discussions, ideas, images, and reminders of this theme have been taking place, including in my own life.

Recently, I started a new gym routine with personal trainer Eric Janicki, whose www.ejanickifitness.com describes the impressive work that he does on himself, as a fitness model and bodybuilding competitor, and his clients.  Part of that routine has included, of course, the thing not to be skipped: Leg Day!  Why do people skip this, far too often?  Two reasons, I think: one is that the “glamour muscles” of arms, chest, and shoulders seem the most impressive, esthetically, to others, and the other is that Leg Day tends to just plain HURT.  (In fact, in my spare time, I’ve been writing a full-length musical about a personal trainer and his “transformation” of a gay man in West Hollywood, called “PygMALEon”, based on George Bernard Shaw’s play, “Pygmalion”, upon which the musical “My Fair Lady” was later based, and I’ve even written a song called, “Everybody Hates Leg Day!” for it – but more on that in another post!).  But after my first Leg Day with Eric, I was sore – for days.  And even during it, I felt like I was working myself physically to the point of what I could stand, not in an unhealthy way that risks injury, but in a way that was just very challenging to the muscles.  But I worked through it, because I wanted my legs to become stronger and work toward even a fraction of the esthetics that a true fitness expert like Eric achieves (see his photos for examples).  (For another article on the connection for gay men between mental health and the gym, see the link here and for an article about finding the motivation for exercise, click here.)

That theme, that something that is somewhat painful is WORTH working through, kept with me during my work with clients.  I think it takes a certain emotional intelligence and developmental maturity to work through difficult situations.  The child goes for immediate gratification only; the mature mind is able to see the value in delayed gratification and the big picture of why doing things that are uncomfortable can be the preferred route to take.  Bette Davis has on her tombstone: “She did it the hard way.”

With certain kinds of life challenges, we have to say, “OK.  This is the hard part.”  We say this as kind of a coping mantra, but we also say, “And can we just make that OK?”

We go through the hard parts in life because we trust – although we are not always guaranteed – that there is hope that making the sacrifice will be “worth it”  Entitlement is expecting reward without work, but what is work without reward?  This can happen – from the “thankless job” to the “unsung hero”, or even to “no good deed goes unpunished”.  But this is rare; usually, effort – including hard effort – does, indeed, pay off.  If hard things never paid off, no one would ever do them, and yet many people do difficult or challenging things every day.

While this might sound like the masochist – someone who seeks out difficulty or gets pleasure from pain – such as the martyr syndrome, or people who want attention for being self-sacrificing – it’s really more of a balance.  We don’t want to seek out pain unnecessarily, but the mature outlook includes knowing that sometimes we have to really work for what we want.  Another mantra to get you through challenging times is,”The only way OUT, is THROUGH.”  This helps us to press on and move through to the other side of a challenge.

Katharine Hepburn said, “If you obey all the rules, you miss all the fun.”  There is a place for this, too.  Contrary to the still-pervasive Puritan Work Ethic, left over from hundreds of years ago in American history, life is not meant to be all struggle (with the promise of a reward in heaven later).  That’s called a cognitive fallacy and is antiquated thinking, and doesn’t lead to a good quality of life.  Sometimes we need what’s called “selective hedonism”, where, at certain times, we need to indulge ourselves to keep ourselves from becoming stressed, burned out, overworked, or overburdened.  Selective hedonism is like that line in that 80’s movie, “Risky Business”, where a character tells his buddy, “Sometimes, you just gotta say, what the f—k!”  You have to take your kicks where you can get ‘em – which is why you don’t always play by the rules. Not all rules, or even laws, were meant to be followed always.  Gay men can be really good at this. If we didn’t break the rules once in a while – and even some windows at the Stonewall rebellion in 1969 – we never would have gotten this far in our movement for equal rights.

But facing the tough times with bravery and resolve can have its rewards.  Here are some examples from recent work with clients:

“Paul” needed to confront his partner on the falsehoods that Paul knew his partner was telling, in order to clear the air and try to salvage his relationship.  It wasn’t going to be easy; in fact, Paul thought it was going be a certain kind of painful, to confront the partner in a very serious and possibly relationship-altering (or ending!) conversation.  But Paul knew that having the “difficult conversation” with his partner was the only way he was going to achieve the peace of mind that he so badly needed at this time in his life.

Another client, “Shawn”, was having problems with a difficult boss at work.  She was giving him too much work, was insisting on unrealistic deadlines, and just wasn’t informed on all the factors involved in making her assignments happen.  Shawn needed to speak up, and “manage from below”, and explain that the relationship between the workload and the current staffing situation in the office was inadequate, with lots of examples.  Shawn was expert, skilled, and experienced, and he knew that he was right – but he was anxious about how his boss would react, even though he was prepared and confident he could set the record straight.  That confrontation meeting, in which he laid out the situation, was not going to be pleasant, he thought; in fact, he feared it being a certain kind of painful, but he knew he had to face his fears and explain the situation to the clueless boss – or at least clear the air.

Since I’m also a part-time, adjunct assistant professor for the Suzanne Dworak-Peck School of Social Work at USC (University of Southern California), I also see my students struggle with the assignment of having to write a 20-page research paper in APA format as their final of a 15-week semester course on psychotherapy models.  They have to gird themselves for the challenging work of the planning, online research, organizing, thinking, and writing of this paper – or else they don’t pass the course or get their graduate MSW degree, and become therapists in their own right.  But they have to “walk through” the pain of the hard academic and clinical work in order to achieve their goal.  It’s not “pleasant”, per se, but it is rewarding and absolutely necessary for their own professional well-being, and the well-being of the clients they will serve in their careers.

Another client, “Barry”, was talking about the “pain” of having to save up money for his goals of things he needed to buy, or even for his annual vacation.  Doing without and sacrificing some things, in order to afford the things that were ultimately more important to him, wasn’t pleasant, but it was certainly necessary to achieve his goals.  He realized the discipline, maturity, perseverance, and also the ultimate reward that his consistent actions would bring.

Yet another client, “Miguel”, was talking about having a somewhat uncomfortable medical test.  But if he didn’t endure the medical test, he might have been at risk of a serious illness that could threaten his health, or even his life.  His test was not pleasant, but it was necessary and ultimately rewarding for reassuring him of his self and self-care.

I heard guys in the military meticulously shine their shoes as part of their uniform requirements, and I do this, too.  I heard another life coach talk about how this small task can make a big impression on others.  Low-grade tedious tasks like grooming details might be a pain, overall, but they are also ultimately rewarding, because they can make you look neat and professional, and I want to look nice for my clients who are spending time and money to work with me in my office.  I want to take pride in those little things, even if it means a little bit of extra work.  It’s not pleasant, as such, but it’s productive and rewarding.

You get my point.  All of these examples are supporting the idea that sometimes we just need to suck it up a bit and do things that we don’t necessarily “enjoy” on their own, but taken together, they support our pursuit of our personal or professional goals that are worth doing in the long run.

In AA, there is a saying called “taking contrary action”.  Sometimes, when guys in recovery don’t want to go to a meeting, their sponsors will tell them that that is exactly what they need to do; they need to take contrary action to what their first instincts are telling them.  They need to overcome the resistance to the short-term “pain” of getting their ass up and heading to a meeting, when they know that they might serve their recovery in the long term.

Making Self-Empowerment Work for You

What is your “not pleasant, but necessary” action that YOU need to take these days?  What’s maybe not your favorite thing to do, but something that you will enjoy in the long run? The great author and poet, Dorothy Parker, once said, “I don’t like writing.  I like having written.”  Have you ever felt good after going to the gym, or after tackling a chore, that wasn’t something you looked forward to, but were glad you did it later?

Self-empowerment is making those choices.  It’s listening to your own conscience.  And it’s holding your head high through the tough challenges, in order to get through to other side with the satisfaction and joy of getting what’s ultimately worthwhile.

If you need help and support to get through the short-term challenges and plan a course for a better future, whether in your relationship, career, finances, health, or mental health, consider therapy or coaching.  You don’t have to face these challenges alone, but you do have to face them.  And, even after a particularly sore Leg Day, it’s worth it.