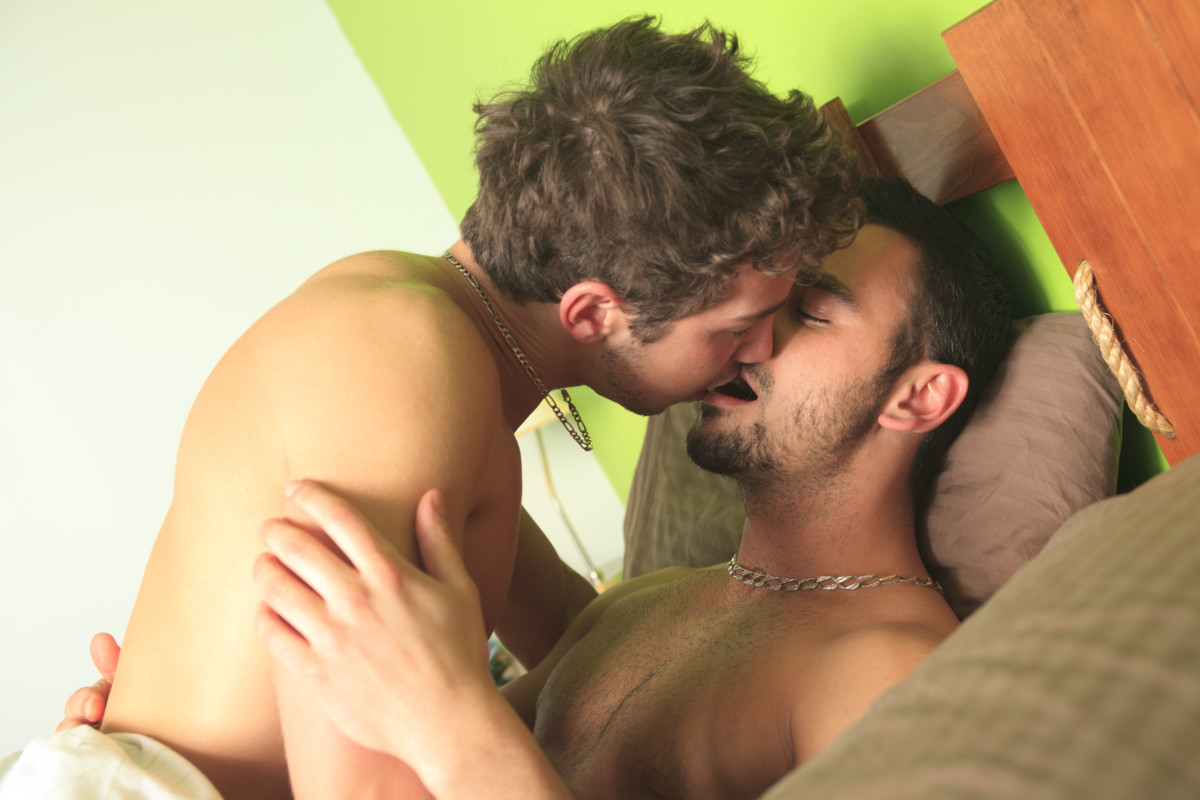 In my psychotherapy practice as a gay men’s specialty therapist for over 25 years, no topic among couples therapy is more frequent than that of the “monogamy vs. non-monogamy” debate.  This is not an easy topic, and trying to over-simplify it just gets you into trouble.  It IS, indeed, complex, and it takes time and whole lot of discussion (often with a therapist to help) to work it all out.  Then, just when you think you’ve finally “got it”, things change over the course of your life and your relationship, and it’s time to discuss and re-negotiate all over again.

This is because a sexual discussion about monogamy vs. non-monogamy has many variables in it, about the sexual, emotional, cultural, spiritual, family history, and even historical aspects of the discussion.  In short, every couple has to determine what works for them — what feels “right” for each partner, and the two partners together.  A great book on gay male couples who choose non-monogamy is this one, here, and one on monogamy (albeit mostly for straight couples) is available here.  Other articles I’ve written about open relationships get into that, but today I’d like to share some ideas for gay male couples who, for whatever combination of reasons, choose monogamy.

When you’re monogamous with each other, the pressure is really on.  That’s because each partner is putting all their sexual eggs in one “basket”, so to speak. If you are the SOLE and exclusive sex partner to your partner/spouse, you better be good at it, or your partner will be frustrated and will want to seek sex elsewhere, even if he doesn’t actually do it.  Monogamy actually means having to be more of a “sport”, and try things you might not initially want to try, and this goes for your partner, too.

The dilemma about monogamy vs. non-monogamy is that research shows that about half of gay male couples are monogamous, and about half are non-monogamous, at least in some way.  And research also shows that no “one” style of relationship is superior in terms of levels of reported satisfaction or in the duration of the relationship, despite a thought some people have that monogamous relationships are “automatically” more satisfying or more enduring.  But no matter what style of relationship you choose (and it should be YOUR choice, between the two of you, not anyone else’s), there are advantages and disadvantages, and after 22 years doing couples therapy, I really stand by that statement.  There is NO “perfect” solution, so settle in to take the sour with the sweet.

There are dynamics in gay relationships about what frustrates you, and what satisfies you.  Some couples are a bit sexually frustrated by a lack of sexual variety, but they are satisfied in that maintaining a monogamous relationship preserves a sense of intimacy that makes the relationship feel special.  Others are frustrated that that their partners alone can’t fulfill their sexual desires, so they have outside sex, but they are satisfied about the emotional and domestic aspects of their relationship.  One question to ask of yourselves, each partner in the relationship, is what satisfies me versus what frustrates me.  The idea is to create a relationship where satisfaction is maximized on four levels: the emotional (love and commitment), the physical (casual affection to sex), the domestic (making a home together, day-to-day), and “managing the ‘other'”, which means how you’re each handling flirtations, intrusions by others, fantasies, and jealousies (more on that in my article about those four levels, which is available here).

One of the biggest complaints about monogamy is that guys (straight and gay) tend to be biologically “programmed” for really liking variety.  We men tend to crave what I call “novel stimulation”, which means that sex over time can almost inevitably feel “boring” to one or both partners.  The way around this can be having three-ways, four-ways, group play, or just opening the relationship for each partner to play one-on-one, but for the couples who aren’t comfortable doing that, then the “novel stimulation” factor has to be generated between themselves.

For example, you can “mix it up” by varying any aspect of sex: location, time of day, level of lighting, top/bottom roles, games, role-playing, costumes/attire, verbalizations, toys, and certainly positions (there is a gay kama sutra book available).  You can also mix it up by appearance; if you’re normallly Mr. Preppy, how would your partner respond if he came home to find you in leather or latex gear?  If he’s Mr. Studious, would you find it hot if he came into the bedroom wearing a baseball uniform?  To get that sense of “novel stimulation”, you have to be creative and try to achieve those moments, however you can, that provoke your partner into saying, “OK, that’s really hot!”.  That smile that comes across his face when he says that means that you’ve achieved your aim, and that kind of happiness in your sex life can help both your levels of satisfaction and the long-term duration of your relationship.

If you just too shy to say what you want, or fantasize about, regarding sex with your partner, write it down, and have him do the same. Then, exchange your lists.  The activities on the list don’t even have to be spoken, but your partner will know that you would really love it if you would __________ his _________ (fill in your own blanks).

Think about the music that’s playing in the background (“Bolero” comes to mind, or Berlin’s “Take My Breath Away” (yes, I’m a child of the 80’s)).  Exchange written lists with your partner that start with, “I Think You Are Sexiest When…” and fill in a few blanks.

And if there are serious issues that get in the way of having good sex, such as being depressed, anxious, or even having traumatic memories (which can happen with sexual abuse or other trauma survivors), then those issues need the attention and help you deserve in individual or couples therapy.  If there are medical issues, such as low libido, erectile dysfunction, inability to penetrate/be penetrated, or orthopedic issues (legs, back, etc.), then those need the attention of a physician (such as an internist, neurologist, or orthopedist) as well.  Even issues in OCD (obsessions/compulsions about “cleanliness” or irrational fear of STDs/HIV) can interfere with a couple’s sex life (see my article about “loving someone with OCD”, here).

This article can help get you thinking, and give you some ideas to ponder, but the real work of helping your sex life and navigating the monogamy/non-monogamy variables (which tend to scare the living daylights out of people), can really only be done with a gay-affirmative therapist who has seen and heard a lot.  One of the benefits of working with me, as a gay men’s specialist therapist for a long time (as opposed to “generalists” in practice, or gay male therapists who don’t specialize) is that I have many examples in my mind about how other couples have solved similar problems.  I can’t “name names”, but I can describe their general situations, and how they ultimately achieved peace of mind and solutions to their problems.  I love seeing couples who are former clients at the grocery store or the bars many years after we’ve worked together, and we exchange these little glances from across the room that kind of say, “Yep, still together, I guess it all worked”.  Not every problem in every couple can be solved, and breakups still happen, but couples therapy can help prevent breakups (especially regarding sexual issues) that would have happened, or worse, had they not had therapy.  You can read more about how couples therapy works here. And, GayTherapyLA offers more specific Sex Therapy for Gay Couples, with more on that here.

If your relationship could use help, email me at Ken@GayTherapyLA.com, or text/call 310-339-5778 for a free 15-minute phone consultation or an appointment.  Sessions are available at my office in Los Angeles (near West Hollywood), and also “relationship coaching” is available for guys outside of LA/California, anywhere in the United States or the world, via phone and webcam.