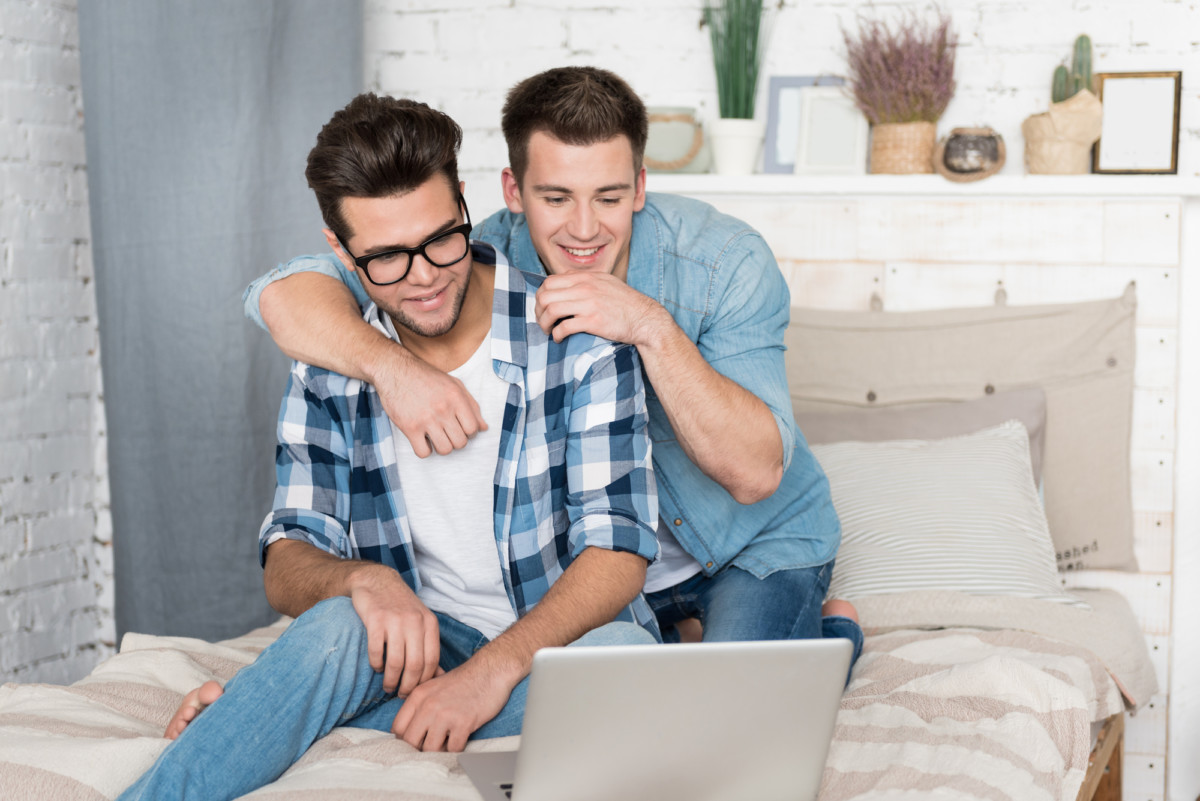 How to Avoid a Gay Relationship Breakup – The Four Risks 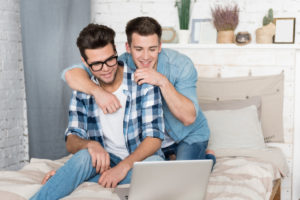 As a psychotherapist specializing in gay men and gay male couples therapy for over 28 years, I’ve worked with so many different kinds of ages, nationalities, ethnicities, and backgrounds.

You could say I’ve made a study of it, and I teach a course on couples therapy for the Suzanne Dworak-Peck School of Social Work at the University of Southern California for their graduate students.  In that course, we study various evidence-based practice models for couples (those are the techniques shown through formal research to have positive outcomes for the clients), and one of the several is The Gottman Method, pioneered by husband-and-wife mental health professionals and couple researchers, Dr John Gottman and Dr Julie Gottman – as summarized in The Clinical Handbook of Couple Therapy.

Dr John Gottman has taught a now-classic structure for understanding what drives relationships, in terms of what makes them thrive, but also what undermines them, and sets them on a course for divorce in marriages or breakups in other kinds of relationships.  He calls them ‘The Four Horsemen of the Apocalypse’, a Biblical reference from his perspective as an Orthodox Jew, mixed with his standing as one of the foremost researchers on couples from his headquarters of ‘The Love Lab‘ in Seattle, Washington, and his appointment with the University of Washington.

Gottman describes the dreaded ‘four horsemen’ that threaten relationships as: defensiveness, criticism, stonewalling, and contempt.  If any one of these is present in your relationship out of proportion to more positive traits, such as sharing life dreams together, your relationship could be on a collision course for ending.

Let’s look at each of these, in turn, in the special context of gay men’s relationships, and discuss some alternatives to protect and improve your relationship instead:

In an argument, you’re not on trial.  Discussing a problem or impasse in your house is not a formal legal proceeding, and it’s not about ‘proving’ to some invisible judge that you’re right and your partner is wrong.

Responses to your partner’s statements that begin with a contradiction, such as, ‘No I don’t!  I don’t do that at all!  That’s crazy!  If I do that, it’s only because you made me that way!’ are not going to get you anywhere.  Being invested in invalidating your partner’s statements, even if you disagree, instead of hearing them out (again, even if you disagree) is dangerous to relationship health.  Gay men can be especially ‘attuned’ to defensiveness, because without always knowing it consciously, we have had to defend who we are against critics for a lifetime. We’ve had a lot of practice.

Unlike the anti-gay rhetoric and abuse, when it comes to our partner, we want to welcome their feedback.  Let them say their piece, get it off their chest.  See if you can find any part of what they are saying that you agree with.  Even if you want to rush to defend yourself, do the opposite:  attempt to meet them in a place of collaborative discussion and healing.  Try to ‘repair’ (as Gottman says) the breach of agreement you currently have.

Say things like,’Tell me more about this.  Why do you feel this way?’  Ask for clarification:  ‘When you say that I do this, do you mean all the time, or certain important, occasional times?’  See if you can ‘play therapist’ with them:  ‘Tell me how you felt when I did that.  Why was that important to you to talk to me about?”‘ Try to validate what they are saying, just so you hear their side in detail.  ‘You seem upset.  What about this is upsetting you?’

Rather than engage in defensiveness, try to focus on just neutral exploration of your partner’s feelings to understand them in greater depth so that you can give a more reasoned, considered response and not just an initial reaction.

Gay men have been victims of heavy criticism their whole lives, often being told by some factions that we are sick, bad, wrong, inferior, undeserving, or unwelcome.  But in partner relationships, Gottman teaches that criticism gets you nowhere.  ‘You’re such a selfish lout!’ or ‘You wouldn’t know hard work if it bit you on the butt!’  Or any harsh, broad, blanket, aggressive statement that makes a negative declaration about the other person, particularly if it’s global:  ‘You never do anything around this house! You’re such a lazy sack!’

Gottman would say start with an ‘I’ statement.  ‘I’ve been very tired lately with work and all this travel, and I’d really like us to talk about finding a way that we can share the household chores here more equitably.’  Or, ‘When you speak to me like that, I feel demoralized and I feel that I don’t want to be around you.  I’d like to talk about how we’re both communicating, and see if we can do it differently.’ Think of a finger you’re pointing at them, and then point it back to yourself, and describe what you are, and what you feel, not what they ‘are’.

Add in conditional phrases:  ‘There are times when I think you drink too much at parties, and you don’t realize how loud you’re being.  I feel embarrassed when you talk too loud in front of all our friends, or when the alcohol makes you get too attitudey with others in what you say.  I’m wondering if we could talk about that, and try to find some ways to avoid that next time.’ 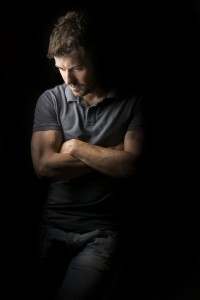 This is not about the famous ‘Stonewall Uprising’ in 1969 that was an act of liberation and a seminal moment for LGBT rights in history.  That was great; this kind of ‘stonewalling‘ is bad.  It’s about ‘putting up a stone wall’ between you and your partner, and it leaves them as if they are talking to a wall rather than to a person.  A person’s voice (namely your partner) can’t get through a stone wall.

Stonewalling someone is when you’re walking away from productive communication, and you’re sending a devaluing message that what they have to say, whatever it is, is of absolutely no importance to you, and you’re not willing to even hear it, let alone negotiate about it.

Gottman would imply that if you do this often enough, the relationship will end, because most partners either can’t or won’t take that kind of dismissive, depressing, condescending treatment from their (supposed) loved one.  This is the equivalent to when nations break down diplomatic relations and go to war.

Gottman discusses how dysfunction in a relationship involves ‘turning away’, like someone (emotionally) turning their back on you, instead of ‘turning towards’ your partner in an effort to engage, build on positive feelings, and work through the issues of disagreement. Gay men are still men, and a man’s ‘go-to’ defence in an argument often can be stonewalling just to go into denial and trying to disappear to avoid it.

Gottman would say look for opportunities to make ‘repairs’.  Is there any part of what your partner is complaining about that you can agree with?  Can you acknowledge that the issue they raise is at least important to them, even if it’s not particularly important to you?  Can you acknowledge how they might be feeling, even if they are “getting the facts wrong” at first?  Can you maybe take only a brief break in the proceedings, but return promptly to productive discussions, and creatively problem-solve with your partner together?

The opposite of stonewalling is an even exchange of talking and listening, and that talking/listening process is like a path that couples take toward creative solutions to disagreements.

This is one that I find, over my many years in practice, to be the most destructive, and it’s a hallmark of a couple that probably will break up shortly after I witness it happening, which is sobering and sad.

It’s a complete invalidation of what your partner is saying, or feeling.  Often spoken with a sneer, or a sarcastic tone, or a grumbly ‘harumph’ underneath it, we all know when we’re being talked to with contempt.  If you’ve seen the classic film, Who’s Afraid of Virginia Woolf?, or seen the Edward Albee play, much of Elizabeth Taylor’s character of Martha does this.  The way that Joan and Christina speak to one another in Mommie Dearest would be an exaggeration of this contemptuous tone.

It is of a caustic nature that erodes love in a relationship, and at its worst, is the way that people fall out of love and just want to leave the partner and the relationship for good.

I believe, though some may disagree, that contempt comes a very deep hurt.  It comes from someone who is embittered by not having their needs met, or being chronically mistreated, or being chronically frustrated that what is most important to them is always somehow denied them, and it likely has its roots in the partner’s Family of Origin dynamics and possibly past trauma.

I think one way to respond to it is to bring a lot of compassion to the person being that way, being careful not to sound patronizing, but to see the person acting like that as a wounded child.  Saying something like, ‘I can really hear in what you’re saying that this means a lot to you,’ will sometimes make that person go from being contemptuous to possibly crying or getting in touch with their sadness.

Asking simply, ‘What would help?’ might help them to re-focus on expressing their feelings a different way.  Asking, ‘What needs aren’t being met for you?’ is also a way for them to shift from bitter complaint to focusing on creative, positive solutions moving forward.

There are many more topics in gay therapy interventions that can work.  Many theorists are said to match, or even exceed, the theory/practice and contributions by the Gottmans (particularly for consensual non-monogamy or poly relationships), but their research gives us some excellent insights into what works over the long term to keep both gay and straight relationships healthy and happy, and, also importantly, what threatens them at their foundation.  And there is much more than the ‘four horsemen’ to their work.

But if you can start by reflecting on your own relationship, and considering which of these indicators you might be guilty of yourself, in your own recent behavior, it’s a start toward gaining the insight you might need to start a troubled relationship back on the road to relief and repair.

If this seems challenging to do by yourselves (and it often is), consider having couples counseling or relationship coaching from a gay men’s specialist.  This model, and others that research has shown to be effective, could help you preserve and restore a relationship that you want.

Ken Howard, LCSW, CST, is a Licensed Clinical Social Worker in California, an AASECT Certified Sex Therapist, and a long-term (29 years in 2021) gay men’s specialist psychotherapist.  He is also a life/career/relationship coach, and the host of the “Gay Therapy LA with Ken Howard, LCSW” podcast.  He sees clients in California (Los Angeles) as well as all over the United States, and the world, via webcam.  Services are available with him, or with associate clinicians on staff at GayTherapyLA.com.  Call/text 310-339-5778 or email Ken@GayTherapyLA.com for more information, or to book a consultation appointment.