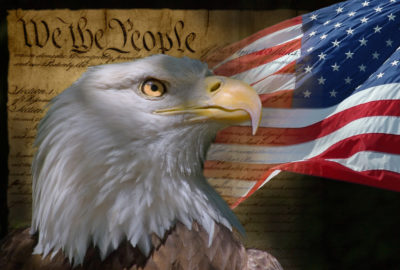 And beyond declaring independence as a broader LGBT community in general and a gay male community in particular, we can celebrate our individual independence by declaring ourselves free of something we no longer want in our lives, on a more personal level.  What burdens you? What do you wish you had independence from? A reliance on a substance like alcohol, crystal or cocaine? A burden of too much debt that keeps you from feeling solvent and free? A job that drains you of your energy and doesn’t fill your spirit? A relationship fraught with problems that drag down your ability to really enjoy another person? The invisible chains of difficult emotions like fear, worry, sadness, or frustration? Maybe it’s time to Declare your Independence in ways that are special and specific to you, starting today.

But how? First, check in with yourself. Do you spend more time being generally OK and happy, or more time burdened by this “thing” that binds you? If the thing that bothers you takes up considerable time in your mind, it’s time to identify what that is and do something about it. America didn’t achieve its independence by simply writing the Declaration of Independence; that was just the first step in recognizing what the problem was. The second step was doing something about it, which was fighting the Revolutionary War — and winning. Maybe your problem won’t require fighting an entire war, but it will require action from you. What resources do you need to fight for your independence? An internal resource like commitment, determination, courage, energy, or assertiveness? Or an external resource like researching and gaining information, networking, forming new relationships, developing new skills (which are defined as “knowledge put into practice”), emotional support, mentoring, or coaching?

Every journey begins with the first step. After you’ve identified what would represent independence for you, what is the first thing you need to do about it? Then do it. Once you do, there will be fireworks in your life to celebrate it!

If you need help declaring or achieving your independence, consider therapy or coaching for help.  Sessions with me are available Monday through Friday, from the early afternoon to later evening, and with GayTherapyLA’s associate clinicians on weekday mornings and weekends.  We meet either in my office in Los Angeles, or via FaceTime or Skype.  Therapy is available for clients in California; outside California or the United States, it’s coaching, and I can explain the difference when we talk.  For more information or to book an appointment, call/text 310-339-5778, or email Ken@GayTherapyLA.com.  Would be happy to help!