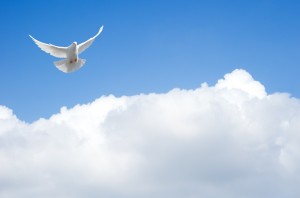 OK; I suppose I should say something about the recent deaths of three American iconic figures: Ed McMahon, Farrah Fawcett, and Michael Jackson.

From a mental health point of view, or even a “life management” point of view, obviously Michael Jackson stands out, and a therapist could write for eons about those issues for analysis.

My take on these deaths, and I’ll be brief, are thus: When I think of the loss of Ed McMahon, long-time (3o-plus years) sidekick to Johnny Carson on “The Tonight Show”, is the thought that, hey, we can’t ALL be “Johnny” in this world. Some of us have to be Ed McMahon. We have to be less pretty, less acccomplished, less wealthy, less adored, less regarded, whatever — than some of the people near us. Anyone who has ever been “not” famous and married/partnered to a person who is famous, knows this. But did Ed McMahon have a bad life? I don’t think so. By all accounts, he was a millionaire celebrity in his own right, with various marriages and children. He also hosted very successful shows on his own, with nary a Johnny in sight. So when we think that maybe we aren’t as famous and the Number One Star as perhaps we wish we could be or could have been, we have to tip our hat to Ed McMahon, and all the “Ed McMahons” like him, not to mention the bazillion unsung heroes who weren’t even as famous as Ed McMahon was. Sometimes, we have to be a star in our own world, in our own way, with no millions, no fame, no notoriety. And you know what? That ain’t such a bad life. Most people in the world fall into that category.

With Farrah, as a cancer survivor myself (2002), (though admittedly a MUCH milder version of it), I have to admire her not just for being a bombshell beauty of the 70′s , but also as a hero to those facing cancer bravely. I’ve lived 19 years with HIV, and watched dozens of friends die from HIV/AIDS, and I STILL say that cancer is worse — it is THAT bad (thought it’s not a contest here; HIV is no picnic, guys, so don’t get sloppy on the safer sex, OK?). So for Farrah to show persistence, courage, and bravery as a cancer patient, that makes her a hero, not anything that she might have done in the employ of Aaron Spelling or any other studio. I also admire how, artistically, she went from being frankly a not-very-good actress, to studying hard and learning to hone the craft so that by the time she did “Extremities” and “The Burning Bed”, she was decent, at least. It shows you that hard work and training is a worthy investment, regardless of the field you are in. Working to get better in your skills in your chosen field is always a noble pursuit. That’s why I admire Farrah — she exemplifies someone who wanted to improve herself, and she did.  Her candidness in her final days is also admirable, and an inspiration.  A lovely lady, indeed.

Much could be said about Michael Jackson.  Because I have worked with so many sexual abuse and incest survivors, I shudder to think whether the accusations against Jackson for molestation are true.  If so, he is quite possibly one of Hollywood’s greatest monsters.  Not that he would necessarily be the first to molest or abuse someone (silent film star Fatty Arbuckle was famously accused of rape in the Silent Era), but he certainly was the highest-profile.  If true, his immense power as evidenced by his extreme fame and wealth was put to horrible purpose.  If not true, he is a victim of greedy and gravely injurious accusations.  Like Judy Garland and Elvis Presley before him, and possibly Anna Nicole Smith (hardly the star the first two were), he allegedly had doctors on his payroll that would do just about anything he said because they were on his payroll.  Whether he was a self-indulgent, Narcisstic child molester who got what he deserved, or a victim of multiple misfortunes (from never having a childhood to never having access to decent medical care), Michael Jackson is a walking cautionary tale.  Like so many tortured artists (including Judy and Elvis), I choose to focus on his exquisite work and the joy that work brought to millions.

Celebrity deaths will always be with us, and they will remind us that the rich and famous, too, are mortal, just like us.  Like anything in life, enjoying our favorite performers is a gift to borrow (extended through recordings, movies, DVDs, etc.), and enjoying them now and in posthumous tribute is a joy for us to savor.  Rest in peace, dearly departed celebrities — your stars will forever shine.