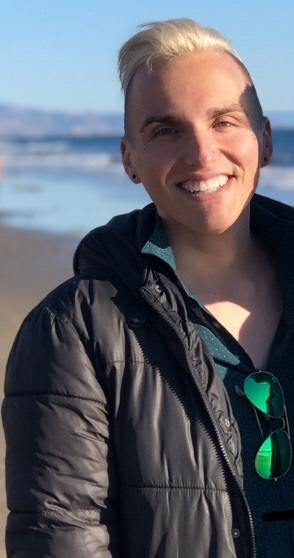 Bullying and the LGBTQ+ Community

I’ve always had a love for movies and shows that take place in high school. Mean Girls, Clueless, 10 Things I Hate About You, Heathers, Buffy The Vampire Slayer, and many other titles come to mind when I think of my favorite drama-filled, hormone-driven moments in cinema and television. One common theme that runs throughout the majority of these works is that of bullying. Whether the protagonist is witnessing bullying or being bullied, it seems to be everywhere. People who were outsiders from the in-crowd had it rough in high school.

Though the methods of bullying may have changed over the years thanks to Snapchat and other social media platforms, bullying continues to be an issue for the physical safety and mental/emotional well-being of youth. Even though there has been a rise in anti-bullying policies and campaigns fighting for bullying prevention, along with a handful of organizations and celebrities speaking up and calling action for change (such as Lady Gaga and her Born This Way Foundation), has there been significant progress in reducing this problem?

The Centers for Disease Control and Prevention, and the U.S. Department of Education conducted a study in 2014 (stopbullying.gov) that looked at statistics of bullying of school-aged children and adolescents. This study looked at both direct and indirect forms of bullying. This study defines the direct form of bullying as the type that we typically see in movies; a form of bullying where the victim is physically targeted and harmed. The indirect form is more passive, such as gossiping and name-calling. This study also focused on cyberbullying, or bullying via electronic methods (i.e., social media platforms, texting, etc.). This study estimated that 25%-33% of U.S. students have been bullied at school in some way and that the most common age for one to be a victim is in middle school (stopbullying.gov).

When we look at sexual minorities, the statistics are even more disheartening. Stopbullying.com has a section of their website devoted to discussing the statistics about LGBTQ+ youth bullying. It noted that lesbian, gay, and bisexual youth were about twice as likely to be bullied or cyberbullied compared to their heterosexual peers. A 2006 article by Sandra Pollock looked at the rates of bullying towards LGBT youth. She discussed the theories that this type of bullying is fueled by the notion that heterosexuality is superior to homosexuality, bisexuality, or other sexual orientations. Pollock claimed that our society did not want to challenge gender norms and traditions. Though our culture is starting to embrace gender-fluidity and gender nonconformity in some circles (more than we were in 2006), there is still a sesne of LGBTQ+ people being part of the “other.”

So, who gets bullied?  Maybe it is a person who does not fit into a traditional gender role, such as a boy displaying “feminine” characteristics or that does not present as male or act in traditional “masculine” ways. Maybe it is a girl who is too much of a “tomboy” or who does not look “feminine” enough. Maybe the person is bullied for interests in areas that are not often congruent with what is often deemed appropriate (e.g. a boy being involved in theatre or choir rather than being part of the football team). Again, the bullying does not necessarily come out in swinging punches or publicly shaming all over Instagram. Harm through microaggressions, (comments, actions, or behavior done that express hostility or prejudice without necessarily coming from a place of prejudice) may be a subtle and even unintentional form of bullying that LGBTQ+ adolescents, adolescents of color, and others that find themselves in a minority group experience.

Looking at those who are the perpetrators of the bullying, a 2006 study by Gini and Pozzoli found that boys and girls who viewed themselves as possessive of masculine characteristics were more likely to engage in bullying behavior in a way to achieve leadership qualities in social circles. The researchers implied that bullying could be viewed as a method in which adolescent boys and girls can achieve and maintain social status and dominance over their peers. These findings also suggest that bullying is not an act of anger or hostility towards individuals, but more of way to increase social prowess and status and maintain an “order” in the social context.

So what can be done long term?  Maybe we need to focus more at the cultural norms that encourage this kind of behavior as a form of showing “masculinity”, leader, or director roles. Maybe there needs to be a shift in the messages that youth receive in the media about what it means to be “masculine.” It is clear that there is a much larger psychosocial situation at play, rather than a situation with aggressive kids.

Bullying can leave long-lasting imprints on individuals. A 2012 study by Schneider, O’Donnell, Stueve, and Coulter found that those suffering from school bullying and cyberbullying have elevated levels of psychological distress including symptoms of depression and suicidality. To my surprise, the researchers found higher levels of suicidality and psychological distress with those who had been cyberbullied compared to those who had just experienced school bullying.

In my clinical work with members of the LGBTQ+ community, adolescents, and clients suffering from extreme mental health issues such as eating disorders, self-injurious behavior, or suicidal behaviors, many have experienced instances of bullying. LGBTQ+ people that I have worked with have reflected on verbal harassment and mocking that they received for being assumed as gay. Other clients recall times where their physical safety had even been put into jeopardy. Many adolescent clients that I have worked with are dealing with bullying via social media, such as Snapchat.

Many LGBTQ+ people that I know personally and that I have worked with clinically have experienced some form of bullying, whether it be physical, verbal, and/or cyberbullying. It is a topic that is being addressed more frequently and with platforms, but still continues to happen.

My psychotherapy practice as a Staff Clinician at GayTherapyLA in Los Angeles is a safe place for healing, expression, and processing for members of the LGBTQ+ community that have experienced feelings of being disenfranchised, bullied, or shamed because of who they are.

For those that have experienced bullying, there can be a lack of trust in others, low self-worth and self-esteem, and long-term effects of trauma. Using cognitive behavioral techniques and looking at cases with a narrative lens, I help my clients rewrite their self-defeating life narrative that they may have been living out for a long portion of their life. I also hope to instill skills to encourage monitoring one’s thoughts and getting “unstuck” from negative thought patterns. I do believe that all people have the ability to grow and change their life for the better.

For more information on therapy or coaching services with GayTherapyLA, email Ken@GayTherapyLA.com, or call/text 310-339-5778.

Facts about bullying. Retrieved from (May 2019): https://www.stopbullying.gov/media/facts/index.html

LGBTQ youth. Retrieved from (May 2019): https://www.stopbullying.gov/at-risk/groups/lgbt/index.html