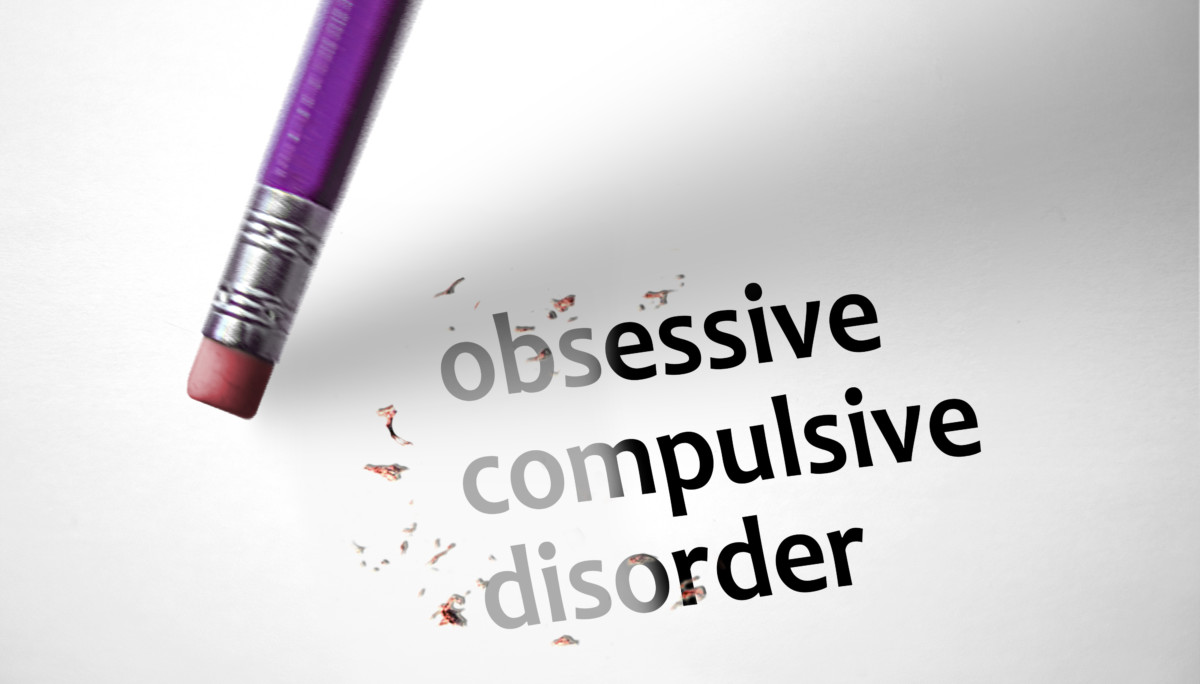 People living with OCD struggle with this condition due to their minds giving them sometimes unrelenting, irrational “warning messages”:  do this or something horrible will happen to you or someone you love. They can feel the dirt and germs of everyday life staining their hands and can’t rest until they are clean again. They often live with fearful and nagging thoughts and feelings of misgivings that they’ve forgotten something important, such as leaving the car’s headlights on with the risk of the battery running low and stranding them, or leaving the front door unlocked and being vulnerable to intruders, leaving the oven on and causing a fire in their homes, or even failing to say the right prayers, leading their souls to be damned to hell.  As “funny” as those can sound, for the person living with OCD, it’s not fun – it’s mental imprisonment.

In addition to the nagging fearful thoughts and warnings, there can be compulsions to do, or not do, various rituals.  They “can’t” leave the house without counting every sock they own.  They “can’t” speak to someone unless the other person speaks first.  They “can’t” let the foods that they eat touch each other on a plate.  They “can’t” let any bills in their wallet face up (or down, or back, or front).  The time and energy that it takes to fulfill these behavioral rituals can be exhausting.

If you have a loved one who is struggling with OCD, you will learn about all the discomforts that it brings. You will wait while he washes his hands umpteen times, or checks the light switches one more time. You will be called on to reassure him that he looks and is behaving normally, that home will always be where it’s supposed to be, and that you will be there waiting for him.

The disease can be almost as exhausting for you as for your partner.  The good news: you can help yourself and your loved one manage this (actually very treatable) disease.  Here are some tips to get you started on managing your relationship with a partner with OCD:

Unlike some other kinds of psychiatric conditions, people with OCD know that their behavior isn’t normal or rational and will go to great lengths to try to hide it. Signs that your guy is struggling with OCD include:

It’s OK to discuss that what you see “seems like” OCD, and to discuss it with your partner, including encouraging him to visit both a psychotherapist (for talk therapy) and a psychiatrist (for a medication evaluation).  Both therapy and medication can work synergistically to help reduce OCD symptoms, but I have had success with clients minimizing (eliminating is difficult, the goal is to reduce symptoms to manageable levels) their symptoms with Cognitive-Behavioral Therapy alone.

I have a theory that OCD can be exacerbated by the pressures that gay men feel while growing up in a generally heterosexist world, particularly during puberty.  Psychoanalytically, anxiety about one’s sexual identity can magnify OCD symptoms as a defense against “unwanted” desires.  Gay men learning to come out and accept themselves in a positive self-concept, improving their self-esteem, can help them relax and feel confident, and self-validated, which can reduce the anxiety that OCD rituals and compulsions try to manage.  But while there can be psychological and societal components, OCD remains an issue of a brain condition, and is not the result of narcissistic desires for attention, as some people intolerantly want to assert.

People living with OCD can’t help that they have it.  It is a brain disorder that has its roots, according to research, in small malfunctions in various parts of the brain, and there is much neurobiology involved, as well as a genetic correlation.  Adding comments of criticism, impatience, or disapproval to the self-criticism and shame people with OCD already live with every day won’t improve the situation. In fact, your pressure will make him more anxious and that will increase the symptoms you (and he) want to end. Telling him to just ignore the compulsion also doesn’t work; you might as well tell someone in a burning building to just ignore the flames.  Instead, recognize that your partner is a person living with OCD himself, and you are the partner of someone living with OCD, which means you both “live with it” in your home, like some kind of unwelcome houseguest.

3.  Don’t play along with every symptom

At some point, he will likely try to draw you in to the behaviors he believes will relieve his anxiety. He may resist having visitors in your home (citing germs or social anxiety), may insist that your clothes must be arranged as precisely as his, or he may obsessively demand sex or seek sexual inputs out of concern his sexual orientation is changing (it’s not, really, but people can sometimes feel like it is – both gay and straight people.). It may make life easier in the short term to capitulate to his “stuff”, but joining in can give credence and power to the irrational demands of OCD.  The demands of OCD, when observed by you or by him, should be labeled as such.

No one engages in OCD behavior by choice. The bizarre behavior and obsessive thoughts are not your guy; they are the OCD using his body and mind. Think and talk about the OCD as a separate entity that you are both fighting, and use joining language like, “we’re dealing with OCD demands a lot today.  Tell it to buzz off.”

5.  Encourage him to seek treatment

OCD is a treatable illness. A therapist skilled in OCD treatment can help you both win the fight. A therapist can use Cognitive-Behavioral Therapy to help your guy recognize when OCD is controlling his thoughts and actions, and can suggest cognitive exercises to reduce and eventually end the compulsion. Other interventions that have been determined through research to be effective for reducing symptoms include Mindfulness Meditation, which is the practice of fully experiencing the thoughts and feelings of each moment without judgment.  The Exposure and Response Prevention (ERP) technique repeatedly exposes your guy to the triggers that set him off, until eventually the triggers lose their power. An MD can prescribe medications (usually in the SSRI antidepressant family) to help ease symptoms and help your partner feel more in control.

It’s going to take time and he may need some kind of assistance and support for a long time, but OCD can be managed and life will get better for you both.