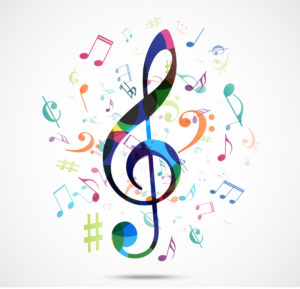 If you’re like me, you can’t go to the gym without your music.  I derive inspiration, energy, and stamina from my personal selections of playlists to energize my entire fitness routine.  At home, I will put on music when I have to do some mindless but nevertheless necessary chore.  And when I’m feeling not-so-great, physically or emotionally, music “hath charms to calm the savage beast”, as the saying goes.

In my work as a psychotherapist and life/business coach, frequently I am encouraging clients to identify the behaviors that are their options for solving problems.  It takes focus and energy.  While I am not a “music therapist” per se, I do believe that using the power of music can energize your motivation, inner strength, and self-esteem.

As a big fan of many (not all) Broadway musicals, I derive inspiration from many of these songs.  Others might derive inspiration from other genres, including country/western, hip-hop, or pop.  I encourage you to give this technique a try, to use your iPhone, iPod, or other portable music device to develop an “Inspiration Playlist” to use when you need an emotional boost.  Here are some songs to consider, and why:

“You Haven’t Seen the Last of Me” (from the movie soundtrack of “Burlesque”, sung by Cher) — This song’s lyrics are the ultimate pick-me-up, sung by the enduring Cher, who has had a career that has spanned into its sixth decade, who will have a new album out soon in 2012.  The ballad and the dance re-mix are must-haves for your workouts.

“Defying Gravity” (from the original Broadway cast recording of “Wicked”, sung by Idina Menzel) – This is a great song to re-energize after someone has betrayed, undermined, or under-estimated you.

“Listen” (from the movie soundtrack version of “Dreamgirls”, sung by Beyonce’)  — This song is about confronting someone who has tried to dominate and undermine you, and regaining your power back to run your own life.  It’s a great song for recovering from a breakup, or healing from abuse.

“I Am Changing” (from both stage and movie versions of “Dreamgirls”) – This one is about a time of transition; forgiving yourself from the regrets of your past, and learning that your future is not doomed because of past mistakes.

“The Writing on the Wall” (from “The Mystery of Edwin Drood”, original Broadway cast album, sung by Betty Buckley) – This is an existential pick-me-up about the value of living each to its fullest.

“If My Friends Could See Me Now” (from the stage and movie version of “Sweet Charity”) – This song of pride, triumph, and just a little gloating helps to affirm yourself in new accomplishments, achieving new heights, or just preparing yourself to do so.

“One Hallowe’en” (from the Broadway musical “Applause”, sung by Penny Fuller) – This 60’s-sounding anthem of unbridled (and ruthless!) ambition is for when you need to tap into your competitive side and frankly let them have it with all you got, no matter what.  (In context, this is sung by the ambitious understudy, “Eve”, challenging the Broadway star, “Margo”, in this musical adaptation of the classic film, “All About Eve.”)

“Red Light” (from the original movie soundtrack of “Fame”  (1980), sung by Linda Clifford) – This “don’t-mess-with-me” song, sung with attitude by an African-American female, is a song about handling a situation assertively when others undermine a relationship.  It’s also about setting limits, not being a victim, and telling people where to get off, when it’s time to.

“My Own Space” (from the Broadway musical, “The Act” cast album, sung by Liza Minnelli) – This beautiful solo-piano song is about how to stay in relationship without losing yourself in the process.  It’s about how you can love someone else without depleting yourself.

“Don’t Rain on My Parade” (from the stage and film versions of “Funny Girl”, sung by Barbra Streisand) – This in-your-face tour-de-force is the ultimate song of determination, bravura, and optimism, great for energizing yourself in preparation for meeting a challenge (job interview, relationship, sports event, creative audition, etc.)

“Let The River Run” (from the soundtrack of “Working Girl”, written and sung by Carly Simon) – This driving, energizing song is an ode to optimism and idealism, and unleashing the force that is you.

“It’s My Turn” (from the soundtrack of “It’s My Turn”, sung by Diana Ross) – This gentle ballad of self-affirmation is the song that inspired me when I was 20 to come out of the closet.  It’s about recognizing a right to your own happiness, even if others don’t support you.  Perfect for people just coming out, leaving to take a new job, moving to a new city, or making any kind of positive transition in life.

“Make Your Own Kinda Music” (sung by Cass “Mama Cass” Elliot) – This anthem of 60’s sensibility affirms you when no one else seems to, or when others’ jealousy tries to tear you down.

“I Am Woman” (pop song from the 70’s, embodiment of the women’s movement, sung by Helen Reddy) – Even for a guy, this song can energize.  It’s about challenging the limiting, oppressive, selfish attitudes of others and breaking free; part of being a movement of  people who will no longer be victimized or oppressed, in an uplifting anthem of self-empowerment, individually and collectively.  It also evokes the 70’s values of progressivism, boldness, and strength in numbers.  We could all be reminded of these political and social values of a bygone era that could use a revival of hearts and minds.

“Better Get to Livin’” (pop song from only a few years ago, written and sung by Dolly Parton) – This song got its own whole article from me several years ago.  To read that one, see:  https://gaytherapyla.com/healthillness-management/inspiration-from-music-dolly-partons-better-get-to-livin.  Its message is about confronting your own inertia, challenging your own negative thinking, and embracing a new sense of self-empowerment to improve your life, done with country-gospel style by the inimitable “Backwoods Barbie” herself, Dolly Parton.

“F—k You” (pop sung written by Bruno Mars and sung by Cee Lo Green) – This aggressive anthem of powerful confrontation (remade as the less-effective “Forget You”, for radio) is the ultimate expression of anger about injustice, about a man who is dumped by a girl for not having “enough” money, but it fits for anytime you’ve been wronged by someone else for stupid reasons.

“I Am What I Am” (from the Broadway musical, original or revival, of “La Cage Aux Folles”, with the original sung by the Tony-winning George Hearn, closing the first act of the show in full drag) – This anthem of empowerment for the gay community was an instant classic in 1983, a song of strong defiance against those who would oppress another, individually or collectively. Its existential message that your life is what you make of it holds true today, and is the ultimate energizer for someone looking to find their inner core of strength and dignity.

Try downloading some of these off of iTunes or another digital music carrier, and play them at the gym, during your commute, on a run, or anytime you want to harness the power of music to energize and inspire your dreams and goals.

Music therapy can be a part of building your self-confidence and healing from being “beaten down” by life.  It can be a part of an overall counseling and coaching plan.  For more information on how you can boost your own progress toward the goals that are important to you, call me at 310-726-4357, or email me at Ken@GayTherapyLA.com.