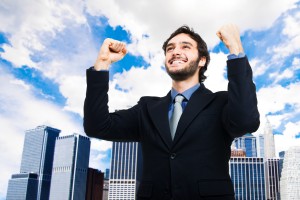 How to Accomplish Your Goals:  A Guide for Gay Men

When approaching a goal or important task ahead of you, especially those that you feel excited about, please try to avoid allowing the thought in your mind, “I don’t think I can do this.”  If it’s important to you, use Thought Stopping as a technique to just clear that thought.  Replace it with, “What is the resistance to my goal?  Now, what help do I need to overcome it?”

No matter what your goal, there is always *some* resistance.  An actor who wants a part faces resistance from a discerning casting director, skeptical studio executive, or competition from other actors.  A home builder faces resistance from the city permits office, the weather, and available labor and materials.  A person with a disease faces resistance against their attainment of good health from the biology of a virus or disease state, unavailable specialists, or lack of money to pay for treatment.  A homebuyer faces resistance from the economic market, inadequate income, competing agents/buyers,  or the availability of local housing inventory.  You achieve your goals when the power of your determination and your resources toward the goal are stronger than the resistance you face from the forces working against you.

Many times, resistance will “give up” before you will – with persistence.  That’s how anyone who has ever achieved anything has done it:  they have identified their goal, focused their resources of Time, Energy, and Money toward it, and they have identified ways to “work around” any resistances that they face.

Resistance can be in the form of a lack of cooperation from another person, who might need you to convince them to change their mind by seeing (or being persuaded to see) how your goal is also in their best interests.  Resistance can also be a natural force or a group dynamic, like the current state of the economy, weather, traffic, fashion or social habits, or political climate.

It might help you, as a written exercise, to make a table where you list your goals in one column, then in the other columns jot down the resources that will help you, on your side, and a column for the resistances you are likely to face, personal or systemic, and then “antidotes” or strategies to overcome for those.  For example, the actor’s goal might be “book this part in the local theatre production.”  His helping resources might be his acting coach, a good monologue, a book on audition tips, hair stylist, personal trainer, therapist’s support, and best friend’s support.  The resistances might be a demanding casting director, and competition from other guys who look better than he does.  His way around those resistances might be talking to other actors from acting class who have auditioned for that casting director before, to get tips on her reactions and preferences, and developing a unique approach to the character the other actors might not use.  Fill in your own blanks for as many goals as you have.

When we meet resistance to our goals that delays us in achieving them for a quite a while, it’s normal to feel discouraged and even depressed.  That is sometimes the genesis of depression:  working toward change that doesn’t happen until we lose hope or feel that change efforts are futile.  However, this just means that the resources that we are using to overcome resistance are not working, and we need to employ new strategies.  Or, it can also mean that our goal is unrealistic, and we need to replace it with one that is more attainable but still somehow satisfying to us.  Maybe a dancer who is getting too old to dance ballet many shows a month can open a dance school.  Maybe a worker who is not getting promoted at his current employer after many years can look elsewhere.  Maybe someone who wants to be an astronaut can be a curator at an observatory instead.  Sometimes this is a disappointment, but to be relieved of the stress of an unattainable goal, and to embrace peace of mind, can be a goal in itself.

Changing or even abandoning a goal should not be undertaken until we become convinced that step is necessary, and that requires specific input from others in the field, or other experts, who can help us realistically assess the resistance, and not just from our own pessimistic speculation.  How do we know there isn’t a ballet company in the next city comprised of dancers over 30?  How do we know our boss isn’t planning a promotion for us unless we ask?  How do we know NASA isn’t recruiting older people to consult on space travel over the long term for wider demographics?  We need to have lots and lots of information before we abandon or re-direct our goals, and that requires research and asking the right questions of the right people.

Existentially, we need to have the serenity to accept that there are some goals we will achieve and enjoy, and there are some we will not.  It is this “good enough” life that any of us can hope for.  We need to accept that we “win some” and “lose some”, but the point is that we strive and play the game as best we can.  That’s just Life, but that’s just fine.