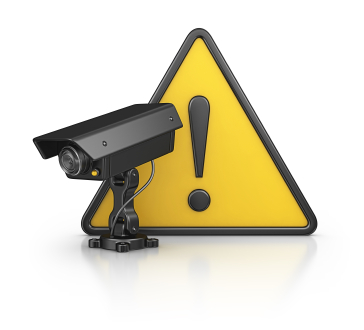 After 27 years as a therapist who specializes in gay men and couples, I’ve seen many problems in relationships repeat, over and over.  One of these is the issue of couples who are struggling to deal with jealousy.  And among jealousy issues, is snooping.

Snooping is any act where one partner is doing something secretly to get information that their partner isn’t telling them, but they are getting that information in ways that violate their partner’s inherent right to privacy.  Privacy is a big deal in the United States; there are many laws about it in terms of stalking and legal violations.  Where I live, in Los Angeles, stars complain about their lack of privacy in the press.  As a culture, we value our privacy as a personal boundaries issue.  We put passwords on computers.  We have PIN numbers at the bank.  We draw the shades at night.  We close the door to the bathroom.  We have conversations away from other people when we don’t want others to overhear.  Federal laws are passed strictly governing the private material held in medical offices.  Lawyers have legal privilege with their clients. Therapists maintain confidentiality and follow many procedures to protect this.  Many of the customs and laws we observe in the United States are often are somehow related to privacy.

And, yet, most of us have, at some time, succumbed to an impulse and done something to violate the privacy of our partners, because we acted out of anxiety to learn the truth of some situation.  For gay male couples, this is often around the issue of monogamy, and “verifying” whether or not our partner is adhering to a monogamy agreement.  Or, if it’s an open relationship, we might be curious (so much so that it clouds our judgment) of what our partner is up to, and with whom.

Snooping is a pretty straightforward topic in couples counseling, with a pretty easy answer:  DON’T DO IT.  There.  Simple.  Why I am usually so adamant about this?  Because you have a choice: you either snoop and then play “Gotcha!” with your partner on confronting them in a lie (of either commission or omission), or you verify that your partner has been honest about something and you look/feel like a fool for doubting him.  Either way, whatever you find, you’re guilty of hurting someone you love by violating his rights in the quest to find information.

I always say to the couples I work with, “Anything you can snoop about, you can speak about.”  Speaking takes bravery.  If you have a monogamy agreement, and yet you have the impulse to snoop (the most popular methods these days are checking his cell phone texts, email account, or browser history on his computer) to see if he’s having sex with other guys, then you’re picking up, however subtly, on enough clues that make you want to snoop in the first place.  However, if you’re picking up on cues that make you want to snoop, then that’s the time to sit your partner down and tell him you want to have a very frank discussion — not rushed, in private, and with no distractions.  Tell him you have feelings that maybe he’s not upholding the monogamy agreement, and tell him your reasons for feeling this way – hunches, observations, patterns you’ve noticed, or even just a “gut feeling”.  Tell him how you feel about this.  Ask him to explain if there is a reason for your observations and hunches.  Tell him you’re not going to snoop about it, but that you want him to answer your questions honestly.  Then, you have to take him at his word on the answers he gives you.  If it turns out later that he’s been lying (and not by snooping), you address it then.

Look, if he lies to you and says he’s not sleeping with other guys, in violation of your sexual exclusivity agreement, then that will become known soon enough.  If he’s telling the truth when he says he’s not sleeping with others, that will also become known.  Many gay couples, monogamous or open, need to frequently re-visit this issue to see if the agreement that you made a long time ago is still applicable to how you both feel now.  It’s not uncommon to make changes to your agreement as time goes along, for all kinds of developmental, physical, emotional, and social reasons.  According to Mattison and McWhirter’s book, The Male Couple, it is not unusual for a gay male couple to open and close their relationship at various times, according to their needs, often opening it in times of relative security, and closing it during times of hardship or stress, and the need for “extra nesting”.  How old each partner is, and how long the couple has been together, also are common factors.  In general, in my observation and experience working with so many gay couples over the years, I’ve found that two younger guys in a relationship tend to have more abandonment anxieties than older guys in relationships, but it takes time to build that level of trust.

The reason why it’s important to have discussions and communicate to get information, rather than snooping, is because snooping is a severe violation of trust, and trust is one of the primary underpinnings of a relationship.  Many say without trust, there is no relationship.  Being snooped on is also a particularly angering (even infuriating), humiliating experience for  a man.  It can feel like he’s being emasculated (getting his balls chopped off).  It’s an act of passive-aggressive domination and unilateral assertion of control, and puts your partner in a position of feeling attacked by your actions.  None of these is productive in a relationship.  Maybe it’s “male privilege”, and maybe that’s not right in a sexist society, but in general, men are not good at being told what to do, or at having their power suddenly taken away from them, even by a partner/spouse. Being snooped on can make a man feel disempowered, betrayed, and violated, causing instant defensiveness, vulnerability, and anger.  It’s much better to approach him with a sincere desire to ask him questions, and explore the issues together.

I know the counter-arguments:  What if he really is hiding something?  What if he’s involved in selling drugs or doing something criminal in nature?  What if everyone knows about his affair but me, and I look like an idiot for not knowing sooner?  How do I handle the danger of being near someone involved in criminal activity?  How do I handle the embarrassment of seemingly everyone knowing about his affair but me? What if he’s doing something that could lead to my financial ruin?

While these are sad (but sometimes true) scenarios, snooping is still not the answer.  If you have concerns that your partner is involved in crime, mishandling your joint finances, engaging in sex despite a monogamy agreement, or even violating the agreed-upon ground rules of an open relationship, it’s still better to speak to your partner about these things rather than indulge in taking matters into your own hands, unilaterally, by snooping.

If you have the impulse to snoop, it probably means that the role of communication in your relationship needs some work.  Because even before you learn whatever it is you learn by snooping, you’re already suspicious or you wouldn’t have snooped in the first place.  The very healthiest of partners do not snoop because they are too busy being focused on normal, everyday life in their personal and professional efforts.

Just like trust, honest communication is also a hallmark of a healthy relationship, as many will tell you.  Conversely, dishonest communication is a sign of dysfunction.  When one partner withholds information or even outright lies to you, it’s because he doesn’t feel safe enough to tell you the truth without getting some kind of intolerable retribution from you – being yelled yet, held in contempt, shamed or embarrassed (the most likely fear) or even violently acting out or ending the relationship.  If you want honesty from your partner, you have to create an atmosphere of emotional safety and tolerance on all topics, even if what you ultimately hear from him is something that you disagree with, or is something that you feel is wrong for your relationship.

You can’t completely blame your partner if he is dishonest with you, unless he is over-estimating your likely negative reaction (which sometimes happens).  You have the right to be angry if he tells you something you didn’t want to really hear (such as “Hey, honey, I spent all of our money on a bag of magic beans, aren’t you thrilled?”) but you don’t have the right to belittle, yell, scream, or otherwise negatively reinforce the idea of your partner communicating honestly with you.  If you do, that will be the last time your partner approaches you honestly.

Some partners were so severely punished for any disciplinary transgression growing up as a kid, that they learned to lie or manipulate information as a survival tool against possible abuse or abandonment.  It probably worked.  So, that’s a hard habit to break.  In order to create an atmosphere of safety for your partner to be honest with you, you have to tell him, “I might not agree with what you say, and I have a right to my feelings in reaction and response, but I respect your being honest with me, and talking about things in the open.  Let’s discuss the issues, and find solutions to our disagreements, or compromises, together.”

The way around the whole clandestine drama of snooping and jealousy is to talk about, in healthy communication, what you want the agreed-upon rules of your relationship to be, and how to handle sensitive issues – especially around sex and money.  Communicating well about notoriously difficult topics is a skill that each partner must develop in the relationship.  If this doesn’t come easily to both of you, that’s where couples counseling can help.  That’s often my role as a therapist, which is helping to coach each partner on communication skills that will lead to a more functional, satisfying, and enduring relationship, and spare you both the drama and tears that the impulse to snoop almost always brings.

What are some of your thoughts on this?  Please feel free to leave a comment, below.

For help on this issue in your relationship, or for any other concerns, email me at Ken@GayTherapyLA.com, or text/call 310-339-5778 for more information on therapy sessions at my office in Los Angeles, or webcam sessions anywhere in the United States, or the world.