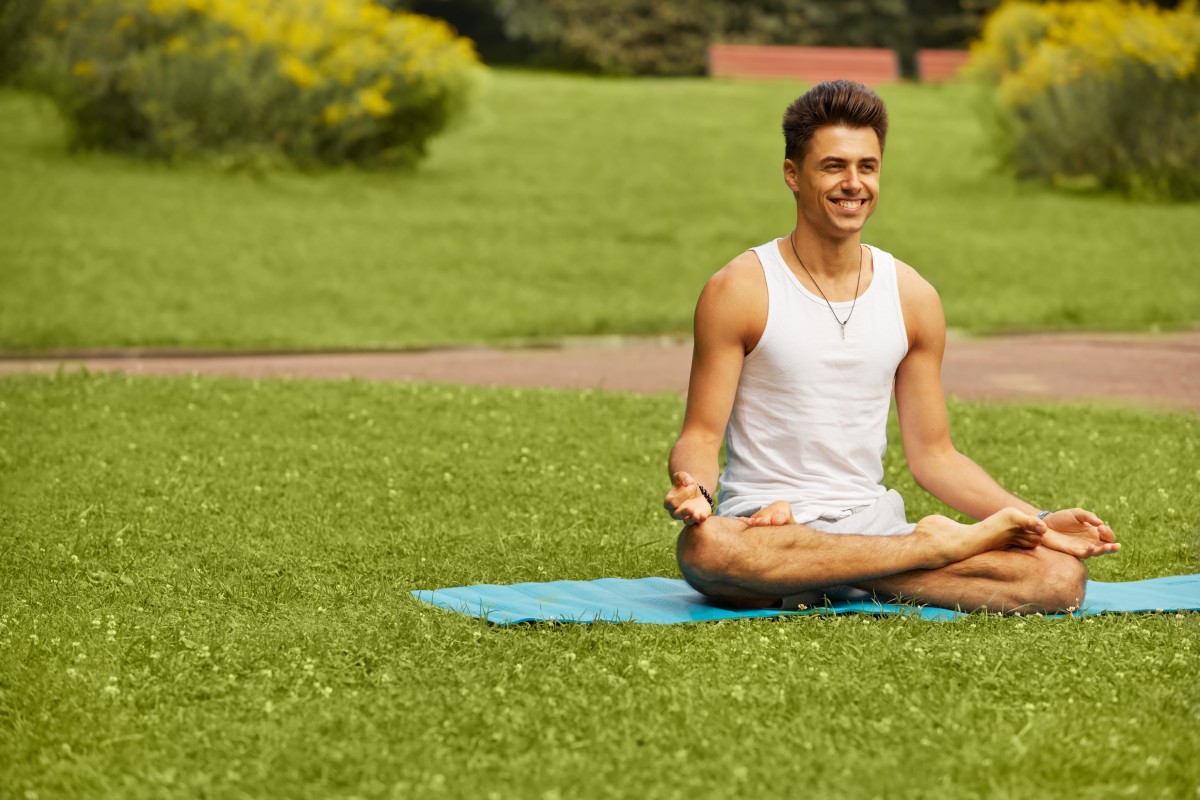 Not long ago, one of my clients, “Ryan” (not his real name) gave me permission to talk about one of his experiences in therapy for this blog.  He was talking about flirtations.  Ryan and his partner have been in a long-term, monogamous relationship for about 6 years.  But truth be told, even though they only have sex with each other, he and his partner have talked about their flirtations and some casual crushes, and what those mean for each of them.

In Ryan’s case, it’s all about his yoga instructor.  Ryan likes to do a lot of yoga classes, and it’s really “his thing”, as a way to relieve stress with a demanding corporate, white-collar job.  He will take various yoga classes, but his class with instructor “Diego” is his favorite.

Ryan’s partner, “Mitch”, is about Ryan’s age.  Mitch is a corn-fed white guy from the Midwest, but Diego is an exotic, dark, built Brazilian.  He’s totally the opposite type from Mitch, and that’s what makes it fun for Ryan.

Ryan will put his yoga mat near the front of the class, and he’s so good that he will try to match the quality of his yoga poses with Diego – and often succeeds.  Diego notices this, and will sometimes call out Ryan’s name in class: “Come on, get that front foot straight – everybody – Ryan’s got it; who else does?  Let me see it!”

This makes Ryan grin, and Diego grins back.  After class, Ryan might thank Diego, and their quick, sweaty hug is actually a turn-on for Ryan.  But that’s as far as it goes — as far as it ever goes, in 2 ½ years of almost daily yoga for Ryan in Diego’s class.

What about this?  Some readers could look at this and cringe, saying, “Oh, boy.  That boy [Ryan] has it bad.  That is an affair waiting to happen.  There is trouble there.”  Other readers might hear all this and say, “Oh, cute.  I kinda do that with my trainer.  My partner knows.  It’s cool.”

What is the role of flirting with others and having “crushes from afar” in a monogamous gay male relationship?

My take on it is, this is one way gay men in monogamous relationships can “let off a little steam”.  It’s not “emotional cheating”, because Ryan would probably act in a similar way even if Mitch were in the room with him (which, by the way, is kind of the test of “emotional cheating” – would you do the SAME thing if your partner were in the room with you, watching you?  If you wouldn’t, there is probably something to hide and that you’re better off not doing).  And, when it was discussed (always a healthy thing in relationships), Mitch kind of claimed the same feelings and “flirty banter” with Joe, the maintenance guy in the office building where Mitch works.  Mitch knows that he and Joe have a “thing” of smiling especially brightly at each other whenever Mitch runs into Joe in their office building, but Mitch has worked there for three years.  He’s not even sure that Joe might be straight.  But with his signature blue cover-alls and ubiquitous tool box, Joe makes for great fantasy material for Mitch.

Ryan has Diego, Mitch has Joe.  And, truth be told, lots of partners in monogamous relationships have a “Diego” or a “Joe”.  It’s a source of fun, maybe a source of fantasy, and you could argue that having these little flirtations is a way of taking the pressure off of a monogamous relationship, so that it stays monogamous.  Any more strict an arrangement, such as a demand for “no flirtations, no fantasies, for anyone, ever” by your partner, and the potential for feelings of emasculinization and “thought control” can build up resentments in the relationship that eventually lead to someone breaking the sexual monogamy agreement (and for my article on “Hotter Monogamy for Gay Men”, including a comedy video from my friend and colleague Jason Farone, click here.)  Now, if Ryan or Mitch had had an overly-aggressive, jealous reaction about either Diego or Joe, there might be issues of a pathological jealousy in the relationship that is about isolation, control, and the narcissistic treatment of a partner as an “object” or “personal property” (more about jealousy in relationships, here.)

So, if you’re in a monogamous relationship and you’re conflicted about having a little crush/fantasy/flirtation, maybe this helps.  Knowing that Ryan and Mitch have these, and they do OK with them, helps you to understand that monogamy doesn’t mean there isn’t a little romantic fantasy once in a while.  These nice little exchanges of goodwill, instead of being threatening and dark and creepy, can actually be sweet, good-natured, and fraternal, that make all parties concerned feel good.  Enjoy these when you can.

Ken Howard, LCSW, is a licensed psychotherapist and life/career coach who has specialized in working with gay men, as individuals and couples, for over 22 years.  He helps many gay men (and others) resolve the issues that undermine your quality of life.

For help improving your relationship, whatever its current challenges and issues, consider sessions with Ken for counseling, coaching, or therapy sessions, at his office in Los Angeles/West Holllywood (near Beverly Center mall), or via phone, or via Skype, anywhere in the world.  Call 310-726-4357 or email Ken@GayTherapyLA.com for more information.

To get your copy of his self-help book, Self-Empowerment: Have the Life You Want!, click here.  It’s your “portable therapist” for the challenges you face today in your mental health, health, career, finances, family, spirituality, and community.