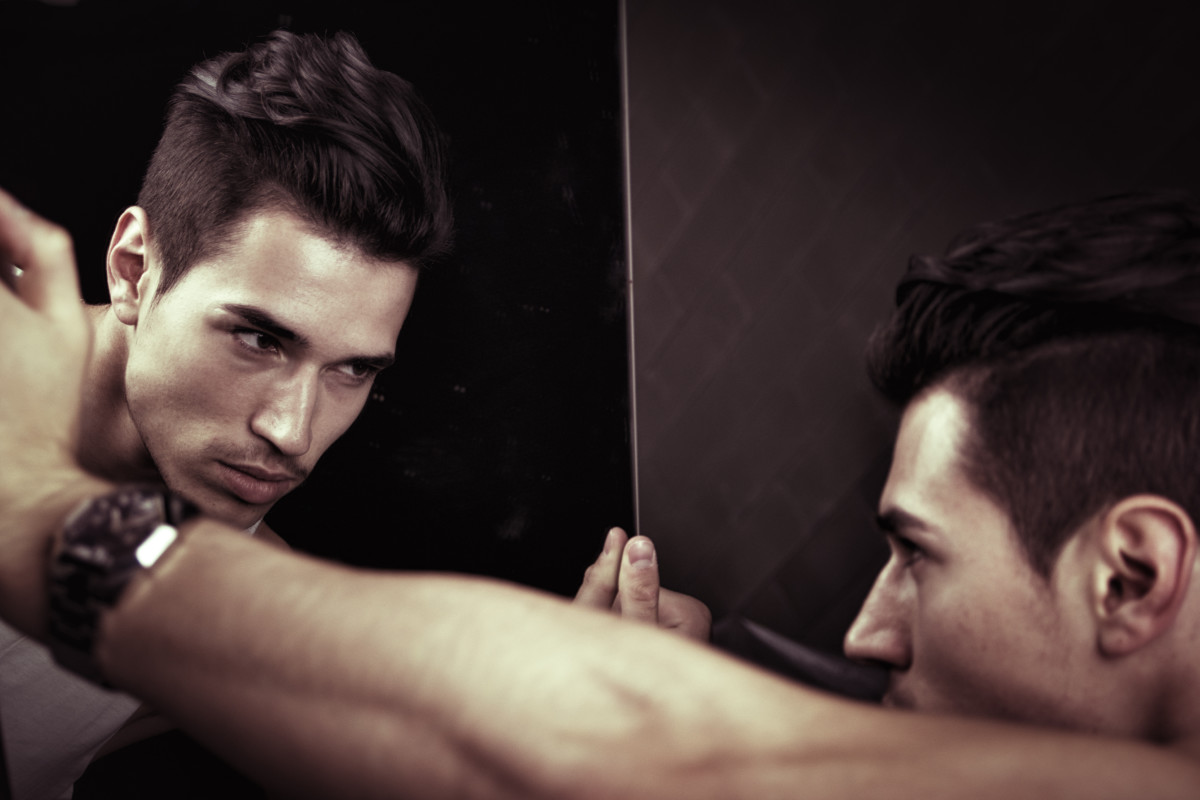 When you wear extra layers of clothing, even when it’s not really part of the look you’re going for, or to keep warm; or when you stand to the back of every group photo; or when you avoid the gym, the pool, the beach, the hiking trail, or anywhere where you might wear less clothing; or or when you turn down social invitations because you just don’t want to be seen by a group, it’s possible there is something troubling you about your looks, at least to you. Is it your height? We aren’t all 6′ 4′.  Weight?  That can vary a lot, too.  Hair color?  Again, varies.  Hair density?  Boy, is that a multi-million-dollar business, for gay men, too, but often for straight men.Or, maybe it’s “the” main one I hear about:  body image/physique.

In my private practice in psychotherapy, I hear about that one probably more often than any other self-concern (with the possible exception of how much money a guy earns).

The notion that our gay male brotherhood is obsessed with physical appearance is actually getting some scientific support:

Where did all this body dysmorphia come from? You could answer that from your own experiences, probably. When you grow up worrying that your body is betraying a big secret, when you’re told there’s something fundamentally sick/bad/wrong with who you are, you’re likely to be dissatisfied with how you’re put together. And, when your sexuality is the only definition that seems to matter to anyone, being sexually attractive takes on a whole disproportionate importance.

While I myself am active in the fitness lifestyle, working with qualified personal trainers and even into some amateur bodybuilding, I strongly believe there is a “right way” and a “wrong way” to approach this.  If you’re working out to defend against a deeply-ingrained sense of inferiority, I think that’s the “wrong” way.  If you’re having fun with it, enjoying the challenge, doing physical programs that are medically supervised (such as weight loss or bodybuilding) by a qualified Medical Doctor, and focusing on the joy of physicality, I think that’s the “right” way.  Although that’s somewhat judgmental language, I think we see some of both approaches in the gay men’s community.  I think a comprehensive approach to physical and mental health in a healthy, mindful context is what pays off in the long run (I’ve been working out in a gym now for 35 years).

Finding satisfaction with how you look is going to take some effort.  Here are some general tips:

Re-focus your values beyond the gay community’s unreasonable cultural demands.  Focus on the wonderful biological machine and work of Nature that you are.  And if that’s just too hard for you to do alone, let me help you.

Ken Howard, LCSW, is a gay and poz (28 years) therapist who has specialized in working with gay men, as individuals and couples, for over 26 years.  He helps many gay men and others from the LGBT community reconcile their gay identity with their spirituality.

For help with this, or other challenges, consider sessions with Ken for counseling, coaching, or therapy sessions, at the office in LA (near Beverly Center), or via phone, or via Skype, anywhere in the world.  Text or call 310-339-5778 or email Ken@GayTherapyLA.com for more information.

To get your copy of his self-help book, Self-Empowerment: Have the Life You Want!, click here.  It’s your “portable therapist” for the challenges you face today in your mental health, health, career, finances, family, spirituality, and community.