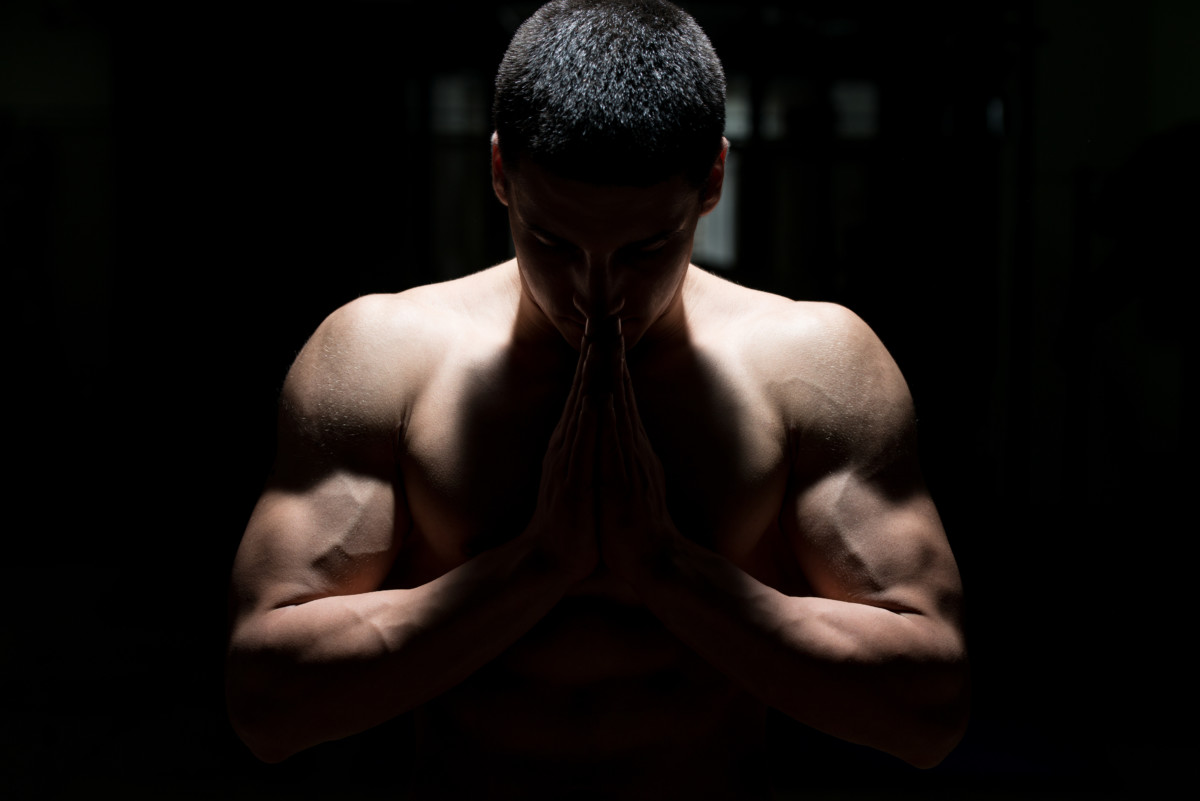 Over my long (27 years) career as a gay therapist who is a specialist in therapy for gay men and gay male couples counseling, I’ve worked with many guys who are in recovery from crystal meth abuse and dependence (I don’t use the non-clinical term “addiction”, as I find it pejorative, but I realize many people do).  By working with so many gay men with what I call a “relationship” to using meth, I’ve developed a way of working that takes the shame and stigma out of it and focuses instead on the psychological and physical health that comes with a life without any ingestion of crystal methamphetamine.  Many guys appreciate my non-stigmatizing, non-judgmental approach (based in gay-affirmative Harm Reduction, Motivational Interviewing, and Cognitive-Behavioral Therapy), and it has been rewarding to feel that I’ve helped guys achieve long-term abstinence from meth and go on to conduct productive, vibrant personal and professional lives.  I’ve written on this before, in my article from years about getting “crystal clear”, here.

But recently, one of my clients who was heavily involved in the “PNP” (or “party n’ play”) scene of the gay meth-using subculture said, “I wish I had known before I ever started what a disaster it would be.  If I just had had an alternative.  It sounded fun.  I just didn’t know – or do – anything better. If only.”

Like many things my clients say, this prompted me to think more on this and want to share it in my social media.  Hmmmmm; I thought to myself.  There are so many of our gay, community-based organizations like the LA LGBT Center, APLA Health, and SoCal Club LA (Men’s Health Foundation) that give educational and support workshops, but none I’ve seen yet (maybe I missed one) have focused on gay men and the meth use prevention, before the problem even has a chance to take hold and create a need for recovery.  As the saying goes, “an ounce of prevention is worth a pound of cure,” and we certainly see this in advocacy and education about PrEP (Truvada or Descovy for HIV prevention use).

And, like many things in life, especially in my therapy and coaching work with gay men, I say, “What if…?”  What if we had more educational and support materials directed toward gay men that are designed to prevent the experimentation – and quite possibly later dependence – on meth?  Gay men and meth use (abuse) is a global phenomenon.  Recently, a client who lives in LA told me about how he’s been part of the “chemsex” scene in many world cities, from LA to New York, Miami, London, Paris, Berlin, Tel Aviv, Sydney, and Barcelona.  That just about covers it (and maybe there is more in places like Bangkok, Tokyo, or Moscow that we’re just not hearing as much about – comment if you know more about meth use in gay in these cities!).  When it is such a global issue, why isn’t more being doing about?

I don’t mean the kind of controversial (and basically half-assed) programs for prevention like DARE from the 80’s (Drug Abuse Resistance Education – “Just Say No”), a morally and socially-conservative “social services” movement from Nancy Reagan in the 80’s from Republicans, and, let’s face it, Republicans both don’t like and can’t do social services competently and certainly not LGBT-affirmatively.  Next!

I mean more programs, seminars, literature, and discussion about how gay men’s sexuality can be de-stigmatized, supported, enhanced, exalted, celebrated, and sustained in ways beyond meth.  So many meth users who have worked with me in their “post-meth” life have talked about how getting high on meth was a way to self-medicate and silence the anti-gay voices in their head that lead to their guilt about not only being gay, but also about having gay sex, which are different things.  The meth helped them to be disinhibited, finally, and enjoy the (gay) bodies Nature gave them, at last, but at a physical and mental health price that comes with meth use.

The Pope (for chrissakes) doesn’t really bag on guys for being gay, but he has real problems with gay men actually having gay sex.  Sorry, Pops, you can’t have it both ways:  if you “hate the sin, love the sinner”, you’re still hating the person (who is, by the way, not a “sinner”).  You can’t separate gay men from the gay sex they have, or want to have.  And so much of being gay (and also using meth) is about stigma; if you’re not hated and stigmatized for being gay, you’re hated and stigmatized for being a “druggie mess”, when using the drug was supposed to drown out the anti-gay voices in the first place.  Many of the guys I’ve worked with have serious objections to both the stated/implied religiosity of 12-Step programs like Alcoholics Anonymous (AA) or Crystal Meth Anonymous (CMA), and with a certain “judgmental culture” of their peers, especially during/after relapse: “Ooooh, gurl, she’s back to being a newcomer.  Again.”  While not all 12-Step members are judgmental queens, too many, too often, are, which undermines the entire point of community-based, peer support interventions (12-Step programs are peer support, not mental health interventions, but more on that another time).  Still, meth recovery (in my long and detailed experience and observation with clients) is a combination of psychological, medical, and social rehabilitation, and 12-Steps provide a great – if certainly imperfect – resource.

But the use of meth by gay men (particularly younger gay men) in order to self-medicate for guilt, shame, and internalized homophobia imposed from bad parents, bad teachers, bad coaches, bullying peers, and certainly clergy of many different types, as well as anti-gay Republican politicians and Fox News-type pundits, is a very real force.  Meth will do the job of blotting out those voices and allowing gay men to unleash their most primal sexual selves, which is what the chemical does to our very gay, very sexual brains. Gay men who are naïve to meth might be “seduced” by the lure of the promise of uninhibited, guilt-free sex (until their comedown or hangover), and the release of dopamine and other “pleasure chemicals” in the brain that is by most reports intense.  Gay men lured into even the most “innocent” experimentation with meth are like Pinocchio being lured to Pleasure Island by the rough boys instead of going to school – before you know it, you’re a total ass who’s locked up in a cage, and it takes some really Good Fairies to help you feel like a real boy again.

We don’t know when a guy first experiments with meth whether he will be a “casual” user (and I’m not really all that convinced there even is such a thing) or have severe consequences such as dependence and major life upheaval.  Some might report casual use that never becomes a problem, but I’ve really never heard much about this in my 27-year career and much longer as a gay man in the community.  But what’s the alternative?  Just telling gay men who have never used meth before to “not use it cuz it causes problems” quite obviously is not enough, if we look at the number of gay men on a global basis who struggle.  New users can become hooked and in over their heads very quickly. But for many gay men, the promise of mind-blowing sex is just too tempting not to at least try.  And for some, that first try is all it takes to go down the rabbit’s hole (among others).

What if we educated gay men not just on the “hey, don’t do meth”, but educated and encouraged them to exalt their sexuality in different ways?  There are many ideas that come to mind:

There are many ways to investigate, explore, indulge, express, and celebrate your specifically gay male sexuality in ways that provide additional stimulation besides the chemical stimulation of the lure of meth.

But these ideas and encouragement just don’t seem to be happening with our current public health and community education campaigns.  The federal government still, to this day, has rules/laws on the books about “no promo homo” or “don’t say gay” about limitations on how federal funds can be used for community public health prevention education campaigns about drug use, Hepatitis, or HIV, that go all the way back to the (late, thankfully) virulently anti-gay Senator Jesse Helms (R-NC; not surprising).  Helms has been dead for years; it’s too bad his anti-gay restrictions on federal funding are not.  These restrictions are on the content of the materials that can be funded, which cannot “encourage” gay sex, yet at the same time, their charge is to prevent HIV and drug abuse.  This is kind of like that (actually very fun ) board game, “Taboo”, where you have to have someone guess a word like “witch”, but you can’t say “Halloween”, “broom”, “cauldron”, or “spell”.  It’s kind of pointless.  And gay men (and other LGBT political activists and advocates) have done a generally terrible job the past 30 years of confronting the federal (and state, and local) governments to demand (not “ask”) that public health campaign education funding not be strangled by their Puritanical, religious, bigoted gag orders.

I’m not saying that expanded, robust sexual health campaigns would prevent all gay men from ever developing a serious drug dependence on meth.  There are many social forces at work here, from social groups to settings to stressors.  But I am saying it’s worth a try.  I’m happy to help guys learn to live (and have sex again!) without meth, but it would make my job (and those of my gay male therapist colleagues) easier if there were just fewer guys with meth problems that needed the help in the first place.  And maybe with some especially sex-positive, gay-affirmative, super-sexy-you-go-gurl, Don’t-Yuck-My-Yum, Harm Reduction education, we can get there – together.

Ken Howard, LCSW, is the founder of GayTherapyLA, a private practice specializing in therapy and coaching for gay men (individuals and couples) for over 27 years.  If you have concerns about yourself, or someone you love, in relation to gay men’s mental health and well-being, including concerns about crystal meth use, “PNP”, or “chemsex”, and would like more information on therapy or coaching services to help, call/text 310-339-5778 or email Ken@GayTherapyLA.com.