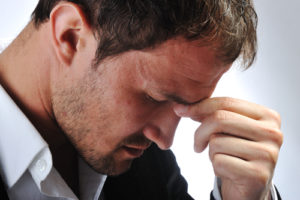 Gay Men with Depression: Overcoming Fears of Psychiatric Medications and Making Them Work for You

In my psychotherapy practice as a long-time (25 years) specialist in therapy for gay men and gay male couples, I’ve been concerned lately especially about two clients who are gay men with depression (another article on depression is here), with all the classic symptoms.  These include waking up and feeling sad about the day, having trouble sleeping, losing interest in activities/hobbies they used to find pleasurable, losing interest in sex, feeling fatigued and not getting stuff done, “phoning it in” at work, being irritable, feeling ambivalent about their jobs and relationships, not having a sense of the future, and being hounded by persistent negative thoughts about themselves, the world around them, and their future.  While they can be in therapy, and we can be doing some good work in terms of Cognitive-Behavioral Therapy, there always remains the idea of should these guys be evaluated by a psychiatrist for the use of antidepressant medications.

The reason why I often recommend a consultation appointment with a psychiatrist (who is a type of specialist MD, like a “cardiologist” is an MD who treats problems with the heart, and a “dermatologist” is an MD who treats problems with the skin) is because over my long career, when I’ve seen a client get prescribed just the right medication, and it has a good effect (what we call the “response” to the medication), the difference in the person’s quality of life can be dramatic, a night-and-day difference in their subjective mood and functioning: they just “feel better” (and function better) overall, sometimes in ways they can’t always describe, but they smile when they try!  It’s this effect – seeing one of my regular clients come into the therapy room and smile or crack a joke for the first time in ages, sometimes in the whole time I’ve known them – that is especially rewarding.  I always say, in the treatment of depression (or other conditions, like OCD, ADD, Bipolar Disorder, etc.) that there are things that therapy can do that a pill can’t, and there are things a pill can do that therapy can’t (or at least faster).

The first reaction I get when I suggest to a client that he might benefit from having a psychiatric evaluation and consultant is fear.  Many guys have a fear of the unknown about that process if they’ve never done it before, or they might have a fear that a bad experience they had in the past would be repeated.  It’s not without reason: gay men were treated horribly, historically, by the old-school psychiatrists, often told that their homosexuality was sick/bad/wrong, and that it was all the fault of their “weak” father or bitch mother or some such nonsense, or at best that their sexuality was “immature”.  All that changed when homosexuality was removed from the DSM, the “bible” of psychiatric disorders in America, in 1973 (although there had been gay-affirmative research before that, especially from Evelyn Hooker, Ph.D.).  Many clients I’ve worked with had intolerable side effects from previous psychiatric medications (low libido is the biggest one, but also delayed ejaculation, nausea, weight gain, dulling of the senses, sleepiness).  Also, the influence of famous Scientologists like Tom Cruise, Elizabeth Moss, Kirstie Alley, and others has not helped, as Scientologists are fanatically obsessed with discrediting psychiatrists and other mental health providers and selling their “church” instead.  Another factor is that some clients confuse psychiatric medications, which are made in clean factories to consistent standards by union workers in hair nets, with street drugs that are made in some makeshift lab in a trailer or in someone’s garage in the middle of nowhere under filthy conditions – not the same thing!

The first thing I do is to identify, explore, and evaluate these fears with the client.  They tend to say, “What if I repeat the same bad experience I had before?”, and I reply with, “Yes, but what if you don’t?”  It’s important that for every negative (depressed outlook) response you have with a “negative what-if” scenario about your future that you balance it by imaging a positive what-if scenario:  What if you take a medication and you feel much better?

The Process of Working with a Psychiatrist

Having a referral for an evaluation by a psychiatrist does not always lead to him/her prescribing you a medication; it can be just a discussion of the risks and benefits and your options.  A psychiatrist, during your evaluation, will listen to you describe your symptoms or your problems functioning at your best, and in his/her head will then “match” what he/she believes to be the best medication to counter-balance your symptoms.  I always say that Mother Nature plays her dirty little tricks on people’s brains sometimes, and medications help to fight back and achieve balance (of neurotransmitters in the brain that affect your subjective mood and functioning).  Sometimes a psychiatrist gets the medication, dosage, or mix of those just right from the start, and you feel better, and sometimes it takes some fine-tuning over subsequent visits, because everyone can react differently.

But the important thing to remember is that you’re not alone.  In working with me, you have my word that I will not just refer you to a psychiatrist and leave you to swing in the wind; instead, with your permission, I can collaborate with the psychiatrist and tell him/her what I’m seeing, and I can act as your advocate (even on things like getting you an expedient appointment).  There are several psychiatrists I collaborate with on the same patients; while he/she has the superior education medically, I also see the client for more time, more often, in the course of the month, than they do, so I have more opportunity to observe and assess (and discuss with you!) how you’re doing.

There is no right way to have the evaluation appointment, but I recommend that you prepare a short list of questions before you go in.  It’s best if you know your history of what you’ve taken before, if anything, what dosage you had (that’s a tough one), and your reaction/response to the medication.  If you’ve had side-effects before, it’s important to mention those.  If you’re afraid the medication will affect your libido or sexual performance, it’s OK to say so.  If you have a history with using drugs recreationally (cocaine, pot, meth, prescriptions, etc.) and you’re worried about how a medication might affect you, it’s important to mention that.  This is not a “moral” process, it’s a medical one, so take any shame or shyness out of it.

I think you have to some patience with the process.  Psychiatry is both science and art, and there is more variation in psych meds than, say, a doctor using antibiotics (although these can vary, too).  I think you have to approach it with a certain sense of trial-and-error, “let’s just see what we see” approach, to find relief for your symptoms.  All the while, you have your weekly therapy to receive validation for whatever you’re feeling.

Depression and Its Medical Treatments

Depression is a mixture of environmental and chemical factors and the right meds can help you deal with whatever is going on chemically in your brain.  When I teach my course in advanced clinical practice as an adjunct faculty with School of Social Work at USC, I help students learn about the neurobiology of depression, for which there is a lot of interesting and compelling modern research.  The most widely used (and annoyingly unpronounceable) types of antidepressants are:

The other big fear that I hear expressed by my clients is the worry that they will feel burdened by the idea of “having to take these drugs for the rest of my life.”  I think that statement is actually reflective of their depressed outlook/thinking, because it’s a negative thought about their future, which is a depression symptom!  I encourage them to take it one day (or month) at a time.  You’ll use toothpaste the rest of your life, too, but it’s not a burden because it’s useful.  With meds, you use them as long as they’re useful and needed.  Sometimes that’s a long time, sometimes it’s a short time, but it’s always with discussion (or should be).

Declare Your Right to Feel Better

I think you have to start with the idea that you have a right to be healthy and happy, and that includes living a life free from depression symptoms (or at least within reason; no life is happy/happy all of the time).  Part of asserting that right is taking yourself to therapy, probably even sooner than you think you “need” it.  And, part of feeling better subjectively can be about using a medication “agent” (a psychiatric drug) strategically and carefully, in order to get the relief from symptoms that you want.  With gay men, we have to continually remind ourselves that we’re as good as everyone else, despite the homophobic messages that abound in media and politics, or even socially.  We reclaim that right to life, dignity, health, and a good subjective experience of our quality of life, whatever it takes.  For anything that challenges those, let’s face them together.

For more information on therapy or coaching services, call or text 310-339-5778, or email Ken@GayTherapyLA.com.  Sessions are available at my office in Los Angeles (near San Vicente and Sixth, near Mid-Wilshire, just south of Beverly Center), or also via phone or webcam (Skype) all over the country and all over the world.