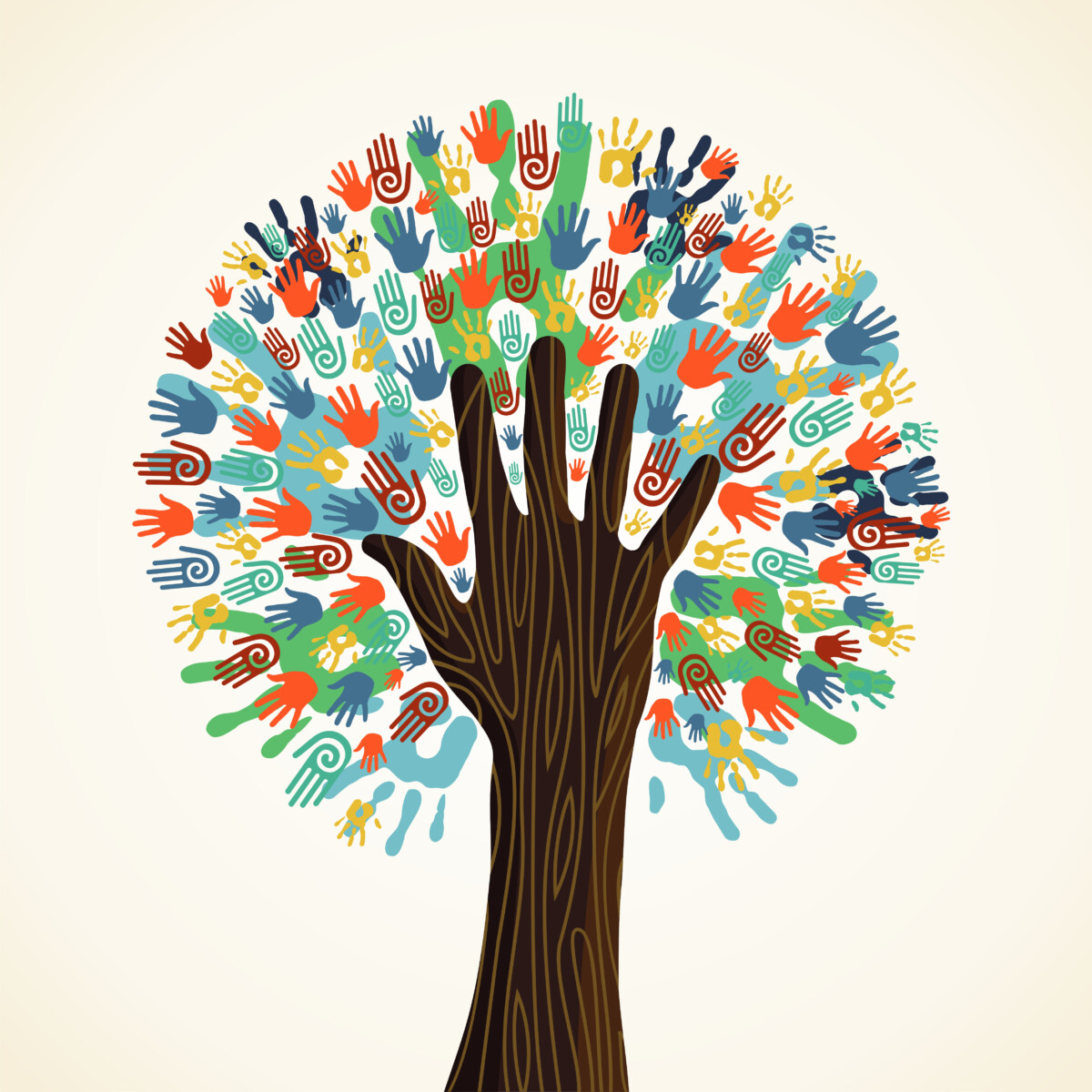 I have been a psychotherapist specializing in gay men for over 28 years, and I do this as a Licensed Clinical Social Worker in California, as well as providing life/career/relationship coaching to guys outside of California and in other states and other countries around the world, and I’m also a trained sex therapist.  But in my original training, as a Master of Social Work (MSW) student at the University of Southern California (USC) Suzanne Dworak-Peck School of Social Work, where I am also an Adjunct Associate Professor, I was taught and continue to teach about the “person-in-environment” theory, which takes into account not only a person’s mental health and well-being within themselves and their personality, but also the social culture in which they live.  It’s an interactive “dance” between that person and the setting they find themselves in, in a certain time in history and place in the world.

The Merriam-Webster Dictionary defines culture in part as “the customary beliefs, social forms, and material traits of a racial, religious, or social group…the characteristic features of everyday existence (such as diversions or a way of life) shared by people in a place or time..” 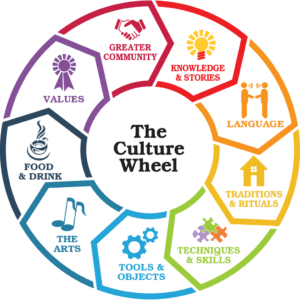 According to The Culture Wheel, the elements of culture include:

Much has been written, especially in the years after The Stonewall Uprising in 1969, about LGBT+ culture.  Lately, there has been a resurgence of civil rights discussion as part of the Black Lives Matter movement, and a cultural uprising renewing calls against racism, especially regarding police brutality against people of color (and against peaceful protesters) in the United States and other countries.

It is this emphasis on culture in the news and the uprising in support of fairness and diversity that got me to thinking about culture, and how, in the mental health of LGBT+ people in general, and gay men in particular (which is my long-term area of specialization of expertise), that I wanted to write about how our cultural influences and practices can be a part of sound mental health, and cultivating the resilience that we need to face challenges and stressors in life.

While LGBT+ people all grow up in our Family of Origin in a specific group cultural context to country, city, neighborhood, and even family household together, those of us who are LGBT+ grow up to have a Family of Choice comprised of others who are LGBT+.  A young gay boy might grow up in the west side of Los Angeles, to an upper-middle-class, White, Jewish family led by two heterosexual parents who are working professionals, but if that boy is gay, he also grows up to a part of the gay community, usually meeting peers and becoming part of a gay male social network.  So for gay men, we have the culture of our Family of Origin at first, but we evolve also into being a part of the LGBT+ community worldwide.  In this way, we grow up and are “formed” in our personalities by two cultures, whereas our siblings who are straight might be part of their original culture and experience/define themselves by that for a lifetime, in essence replicating their parents’ experience, or even generations before them.

This is an idea that I hear my clients discuss frequently in clinical practice, whether as individuals or in couples.  Most of the gay male couples that I see in practice come from different original cultural backgrounds, such as different ethnicities, races, or nationalities.  I don’t think that bi-cultural gay male couples “need” therapy any more than others; I think it’s just that practicing in Los Angeles tends to lend itself to diverse couplings because LA is such a culturally diverse city.  However, I see this in gay male couples when I’m doing relationship coaching in other cities as well.  Part of what I do in couples work is what I call “navigating difference”, how the two (or more) partners in a couple or relationship can appreciate their differences, gaining a strength in diversity and harmony, rather than letting their differences be a source of friction or conflict (my article on cross-cultural issues in gay male couples is here).

When I work with clients, they usually come to me seeking therapy, coaching, or sex therapy services to address a problem they are experiencing that is causing them stress, or is undermining their subjective quality of life, and we get into ways of troubleshooting and resolving that challenge, solving the problem that they “present” to me.  But rather than being problem-focused entirely, social workers like me are taught to use what we call “strengths-based” resources, so that the strengths, aptitudes, talents, or even privileges of that client can be leveraged from one area of life, that is working just fine, and applied to help the area where they are experiencing problems.

It is from this strengths perspective that we can look at the role of culture.  How can who you are and how you were raised in your country, family, time, and place help you with your current challenges and enhance your quality of life?

For some clients, they want to escape and really drive distance away from their culture of origin, such as being raised in a sometimes particularly vicious and anti-gay religious background, which could be conservative Evangelical, Catholic, Jewish, Mormon, Scientology, or Muslim religious communities, or even things like fringe cults (which a surprising number of my gay male clients have experienced).  For these guys, their culture of origin is a source of profound pain, even trauma, and they want to be as far away from that culture, and the damage it caused to their mental health, as possible.

But even for guys who were raised in a culture that caused harm, whether it’s a religious community like one of those, or other “culture”, such as being a refugee from a country that was devastated by the effects of war or perhaps famine, there is still a way to think of how culture can be used to our advantage for cultivating personal resilience and strength in mental health.

If we use that strengths-based perspective, we can think of how, using Cognitive Therapy (one of my favorite techniques), we can “reframe” our culture of origin into something that can be used to strengthen us.

How can you apply the strengths of your culture to your current personal or professional challenges?

Let’s take some of the examples of The Culture Wheel, and how you might think of these in terms of using them to build your own strengths in your sense of self, and what you are trying to accomplish in your relationship, career, or any life goal:

I think other topics to consider in culture might be what your culture does for fun that maybe you still enjoy doing today?  How did your culture approach topics like politics?  Spirituality?  Relationships?  Child-rearing?  Sex?  Money?  Alcohol and substances?  The environment?  Nature?  Education?  Business?  Animals?  Children?  The elderly?  The disabled?  Beauty and grooming?  Fashion?  Social justice?  Exercise? Criminal justice?  LGBT issues?  Race?  Gender roles?  Technology?  History?  Health and medicine?  Law?

By applying some healthy critical thinking to these items in culture, we can take a self-empowered approach to double-down and really commit to the cultural traits that we love and appreciate in ourselves and others and we also learn “what not to do” when we experience cultural items that we associate with mean-spiritedness, selfishness, violence (either legally, socially, or even “corporally” – of the body), or exploitation.  We underscore the traits we want to celebrate, and we work hard to eliminate the traits and influences that bring us down. 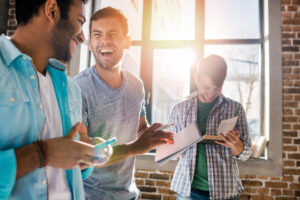 Part of why world cultures develop is to help human beings to adapt to their environment: whether it is in world geography, climate, natural resources, or interactions with others, and also its place in history so that the various peoples endure and even thrive.  Your quality of life can be influenced by how you navigate and apply the cultural traits you want to emphasize as a way of life.  When you celebrate the best parts of the culture you came from with the best parts of the culture(s) you have adopted as an empowered adult, you’re helping yourself improve your quality of life.  When LGBT+ people in general, and gay men in particular, are faced with so many stressors in the modern world, we need to identify and apply all the sources of inspiration and strength that we can find.

For help and support that’s individualized to you and your particular person-in-environment cultural context and its challenges, consider therapy or coaching.  We are here to help: email Ken@GayTherapyLA.com, or call/text 310-339-5778 for more information on the services we offer.