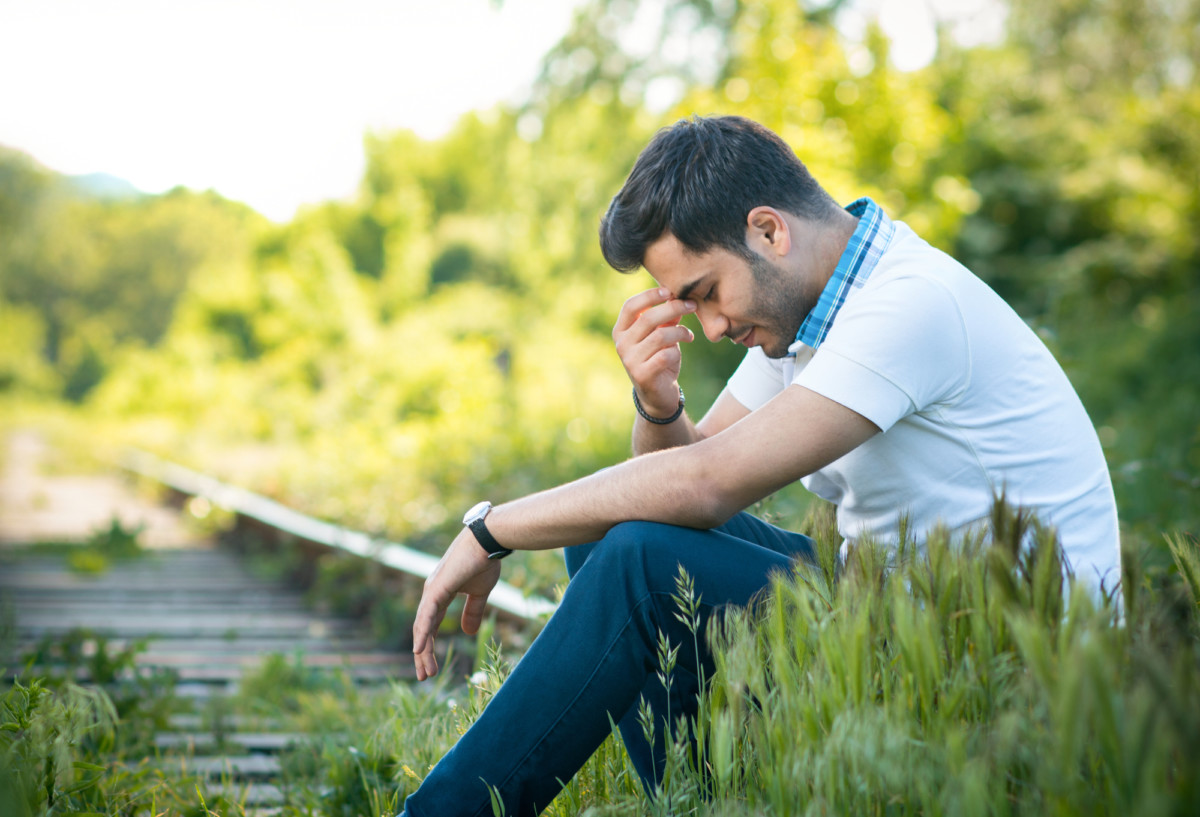 Gay Men and Friendships:  How to Cope with the Breakup of a Friendship

As a gay male therapist with over 26 years of experience, I’ve seen many clients have to deal with how interpersonal relationships in their lives change over time.  Much of the time, I help guys with dating and romantic/domestic relationship issues, but lately some clients have been working with me on handling changes in platonic friendships with their buddies, and working with me on how friendships start, are maintained, and how they end.

The end of a friendship, or at least its drastic reduction in prominence in our lives, is a sad occasion, and clients go through a grief and mourning process that is almost like experiencing a death as they process the loss in therapy.  The causes of the end or reduction of a friendship can be many:  getting partnered/married, moving away to a different city, changing jobs, moving domiciles, having a child, experiencing an illness/disability, or even just growing apart in terms of interest or values.  I even think socioeconomic differences can affect it, where one person experiences class mobility by earning more and doing things that people with a lot of money do, and their friend can’t keep up or move in the same circles.  Whatever the cause, acknowledging the end of a friendship and coming to terms with it is a psychological process that requires emotional coping.

Here are some examples, based on real-life client scenarios (that have been altered to protect their confidentiality):

Let’s look at each of these scenarios, and how/why friendships sometimes end:

With (1) Sean and Tony, it was about life transitions.  When they had met in their early 20’s, being single and being buddies out to make their way in life was the rule of the day.  But as they passed 30, it was only normal, for each of them, that their “nesting instincts” might kick in.  One of the biggest differences, overall, between people in their 20’s (particularly gay men) and their 30’s is that the 20’s are marked by doing things in “packs” of groups of friends, and the 30’s on up is more about nesting, domestic relationships, and furthering your career with both increasing personal and professional responsibilities.  While Sean had to cope with the loss of Tony and work to make new friends, he had to accept that the Tony of 20 and the Tony of 30 were essentially different people.  Tony had “grown up” and started his own family, starting with his wife, and Sean could do the same with a partner/husband.  This breakup was about the developmental and life changes that sometimes require that two friends be less close.  While they could still call or visit, everyday life in their 30’s just became different, and that’s how life works.  Advice:  Accept the phase-of-life changes that happen with everyone.  Allow for different friends to take precedence at different times in your life, and be happy for your friends when life changes are good, even if that takes them far away from you.  Try to spend time with different kinds of people in various circles or settings, to “diversify” your social support system.  Balance between keeping in touch with friends who are far away (via Skype, Facetime, social media, etc.) with friends that you keep in touch with through in-person outings locally, or perhaps meeting halfway for weekend get-aways.

For (2) David, Eric, and Brian, sometimes we need to clarify who our friends really are.  If people are friends when we’re in the closet, but dump us when we come out, then they weren’t really friends.  If people like us when we’re single, but avoid us when we become partnered, then they weren’t really friends.  Friends don’t indulge jealousies or take out their frustrations about their life on their friends, whether it’s getting a partner, having a prestigious or lucrative job, or having some other fortunate event.  This breakup was about what friendships are built on, and the importance of friends supporting each other, even as life changes over time, when we become partnered, have children, or have increasingly-demanding careers.  Good friends are happy for one another in good times, and comfort one another in bad times.  Good friends also find the time to get together.  Advice:  Don’t ignore your platonic friends when you get a boyfriend or partner; your new boyfriend will understand that not all of your leisure time needs to be spent with him.  But speak up when friends do things that undermine or puzzle you.  Your friends don’t need to agree with everything you say, but they also shouldn’t devalue or dismiss your feelings; they should validate your right to your own perspective, even if they need to clarify your perceptions of their actions.  If your friends don’t really support you, or invalidate you, experiment with taking the initiative to spend time with new people who attract or interest you, and reflect on how you feel after spending time with different people.  Then, spend more time with the people who make you feel the best about the experiences after the fact.

For (3) Ben, it was about how friends work things out.  Ben did confront Cassie, and insisted that instead of her “ghosting” him (my article on ghosting is here), he used healthy adult communication and assertiveness to ask her why she was avoiding a long friendship that they had both invested years in.  Cassie, when pressed, angrily told Brian that she was sick of Brian complaining about his job in which he was being mistreated and discriminated against for being gay, and while “sympathetic” in theory, she was weary of Brian’s “constant complaining”.  Brian was not aware that his venting about work was getting to her.  Brian promised to focus on getting a new job and dumping his complaints on Cassie less.  But Brian was also jealous that Cassie had a new job that paid her a lot of money for not every much work, and in a much less stressful situation, and felt that Cassie (who had reportedly never experienced sexual harassment or discrimination for being female) was privileged and wasn’t sympathetic to a gay man being mistreated in the workplace.  Eventually, Brian coped by spending more time with gay friends who “got it”, and changed his career to something more gay-friendly.  But in this process, the years-long friendship with Cassie faded.  This breakup was about changes in values over time, and also shows the importance of friends talking things out and not avoiding the hard conversations that need to happen to clear the air.  I help clients with assertive communication skills that can help clear that air, and I even role-play those conversations in session for the client to have a practice “dress rehearsal” to clarify what they want to say to the person for real.  Advice:  Be careful not to “dump” on your friends too much in whining or complaining just because they are close, convenient, and seemingly always understanding.  If you need to vent, hire a therapist and discuss the balance between venting and taking purposeful action.  But if your friends are indifferent or invalidating when you need support, be clear in what you’re asking them for:  a listening ear, some sound advice, or a distraction from your problems.  But if they are too privileged or even narcissistic to really “be there” as a friend to you, you might need to put energy, time, and focus into identifying and cultivating new friendships with people who share your values.

Family of Origin vs. Family of Choice

While gay men often experience the profound value of a Family of Choice (friends) versus their Family of Origin (parents, siblings, etc.), it is true that while a Family of Origin tends to steady over a lifetime (except for losses due to death of grandparents or parents, for example), the people who comprise their Family of Choice might change over time.  This is why relationships with siblings are especially important in all of our lives, and deserve to really be “worked on”, because relationships with siblings arguably last a lifetime.  Friendships are an extension of where we are currently living (what city, and also if we have roommates or neighbors), working, what hobbies we have, and what phase of life (developmental stage, age) we are in life.  Just as all of these variables can change, so can the people who are the “cast of characters” in our lives.

There is a saying that friendships “multiply our joys, and divide our sorrows”.  Friendships are a “value-added” aspect to life.  So, if a supposed friendship isn’t working for you, such as making you doubt yourself, feel put down, or feel discouraged, it might be time to replace some of the characters.  Friendships are a reflection of each one of us, and each friend somehow meets a need that we have in ourselves to see our own values mirrored/reflected in others.  Friendships satisfy a human need that we have to “run in packs” and create communities for the collective good.  They help us to feel validated and confident in pursuing our lives.  And they can be with any demographic:  gay men often feel most comfortable with other gay men, just as people from other minorities are often comfortable sharing their affinity with others in the same group.  But getting our needs met can also mean friendships with people much outside our own demographic, such as having straight friends, or friends who are much older, much younger, or just much different from ourselves, even if those networks change and evolve over time.

Keep in touch with old friends as best you can, but realize that your day-to-day “best friend” might change over the years.  This is part of accepting the losses and transitions in life, and it’s part of living life on life’s terms, adapting and coping as we move through life’s phases.  Coping with the loss of a friendship might involve acknowledging some loss and grief in the short term, but it can also mean that we are growing and evolving in our lives for the better.  Losing one friend is about making room for another, and as I often say, “Can we make that OK?”

If you need help with the breakup or management of a friendship, or any kind of interpersonal relationship, consider therapy or coaching.  This can give you an objective perspective that helps you see things more clearly, and take healthier actions.  I’m here to help.  Email Ken@GayTherapyLA.com, or call/text 310-339-5778 for more information or to make a session appointment.