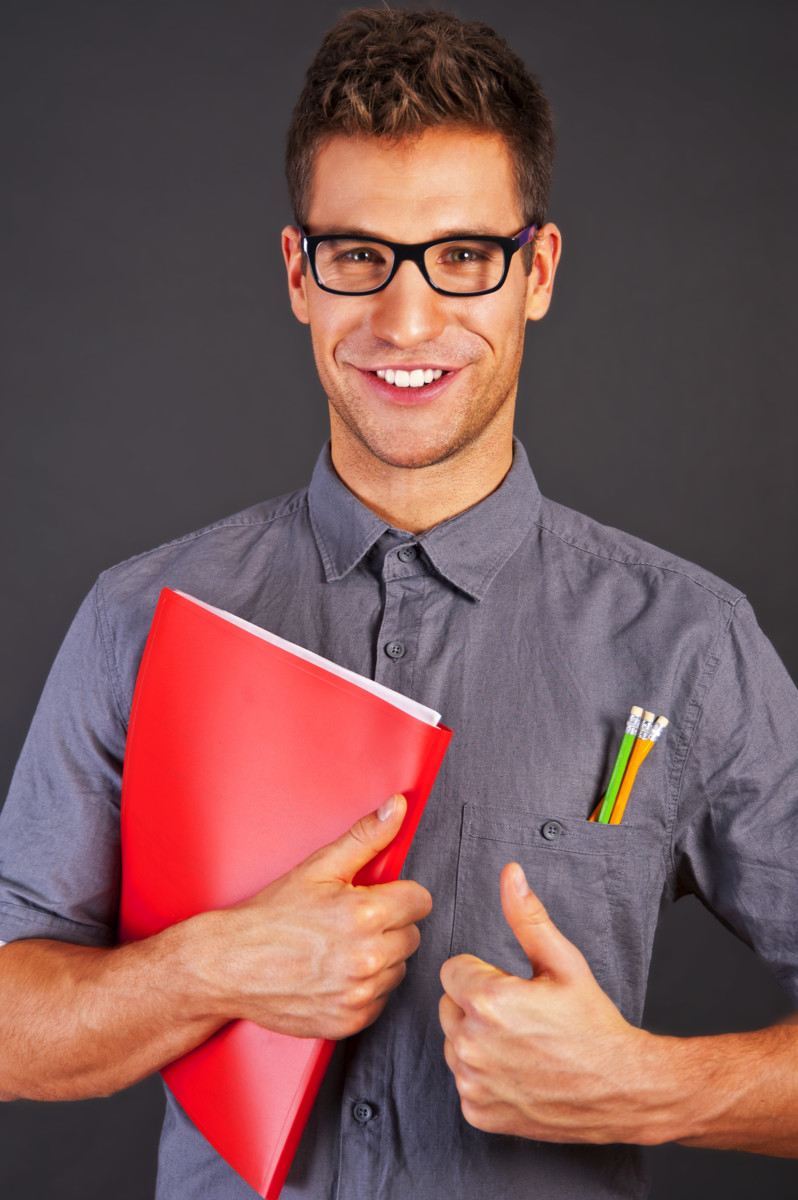 As a gay counselor (therapist, coach, sex therapist – I do all of those) for 28 years, I always enjoy when discussions with my clients inspire me to write on a blog topic because “life’s truths” just seem to jump out at us in discussion.  One of these was recently when I found myself saying, “I’m convinced that nerds make the best boyfriends!”  Turns out, I’m not alone.

At first, I thought, forget it, it’s been done. But the one thing they shared besides having drastically similar titles (who copied whom?) was that they were all about straight women and straight men.  Yawn.  So, since nobody was writing about this from a gay male perspective, I thought I would, and “translate” what some of them were saying for a gay male context.

Most of the articles are list format, which I also like, because I think they’re easier to read.  Some of the best traits of nerds include many items, like this one from e-harmony (which I do NOT recommend; remember, e-harmony was founded by a vicious, anti-gay “reparative” therapist and was sued for anti-gay discrimination! https://www.eharmony.com/dating-advice/dating-tips/ladies-9-reasons-you-should-date-a-nerd/):

The classic Cosmopolitan magazine puts it like this (https://www.cosmopolitan.com/lifestyle/news/a35653/reasons-nerdy-guys-are-the-best/):

You get the idea.

Psychologist Katie Burns says it like this, in herway.net:

Before I go on about nerdy guys, here’s something that needs to be said: Not every girl dreams of a ripped bad boy on a motorcycle who’s going to sweep her off her feet.

Yeah, it sounds nice, but in reality, most of those smooth-talking, sexy, smirking guys end up being players unable to have a serious and committed relationship.  If you’re looking for more than an initially promising but progressively underwhelming hookup (yes, that’s exactly how it goes 90% of the time), find yourself someone who’s interested in more than meets the eye, lives authentically and loves passionately; in other words, find yourself a nerdy man.

So many of these articles aimed at straight women (by straight women) have that cave-man aspect of “women weak; man take care of you” vibe that always creeps me out a little bit in our modern society because it sounds sexist to me; “a woman needs a man like a fish needs a bicycle” (Irina Dunn), and I’ve always maintained that a huge part of homophobia has its roots in sexism, gender role expectations, and the toxic masculinity that gay men aren’t “man enough” because they don’t dominate women and treat them like submissive procreative objects who serve them.  But then some women act like they’re always looking for a stable guy who will fend off the would-be attackers to the cave and protect the little damsel (or at least treat her like a queen and keep her in diamonds by having a geeky, techie, high-paying tech job while she really gets it from the pool boy).  Those kinds of dependence dynamics don’t sound healthy to me, including the often (but not always) problematic gay relationships of the rich daddy with the twink with “expensive tastes”. I always advocate that relationships should be about having love in your life, and that issues of making a livelihood and providing for your short- and long-term financial security are another matter (which is why I often do career coaching to help guys stabilize their long-term financial outlook).

My point about making my case about why nerds make the best boyfriends for gay men has more to do with what I always say about relationships, which is to avoid matching up for the pitfalls of “cash, connections, and c—k” (my article on that, here) and form relationships based on sound emotional connection that can be enduring over time, over many phases of the human adult life span.  Couples need support as they age from younger men to middle age and older men, in order to grow together and not just grow apart.  As the great couples therapist and author, Esther Perel, LMFT, says, in her captivating Belgian accent, “We have many relationships in the same lifetime, including with the same person.”

While the ladies of Cosmo, etc. make good points about nerds as good boyfriends/partners/husbands, I’d like to add more, from a gay male perspective:

Even if dating or partnering with a nerd type doesn’t seem like your cup of tea, I would still recommend at least some foray into experimentation with it.  It’s always healthy when you’re single to expand your options in dating.  Try dating against your usual type once in a while.  Explore challenging the neuroplasticity of the brain that’s involved with relating to people outside your immediate social peer group, or even clique.  You will learn not only about others, other demographics, types, and outlooks on the universe, but also you will learn what gets evoked in yourself during the experience.  Are you more relaxed?  Are you feeling less pressure?  Do you find yourself laughing?  Are you entertained, validated, amused, or feeling good?  What else can we ask for in a relationship than the “value-added” subjective experience of having fun when you’re enjoying your time away from the all-important work?  Try all kinds of different things in dating.  Different thoughts, attitudes, and behaviors might get you the different results that you’ve been really wanting in dating for a while now.

And if you would be interested in the professional services of a dorky guy like me as your gay counselor, therapist or coach, please let me know.  Getting help for your individual challenges in dating (or relationship fulfillment) can help you get un-stuck in rewarding ways.  You can work with me, as the Founder of GayTherapyLA.com, or with my associate clinicians; we would be happy to help.  For more information on becoming a client, call/text my cell at 310-339-5778, or email Ken@GayTherapyLA.com.  You can see our reviews here.