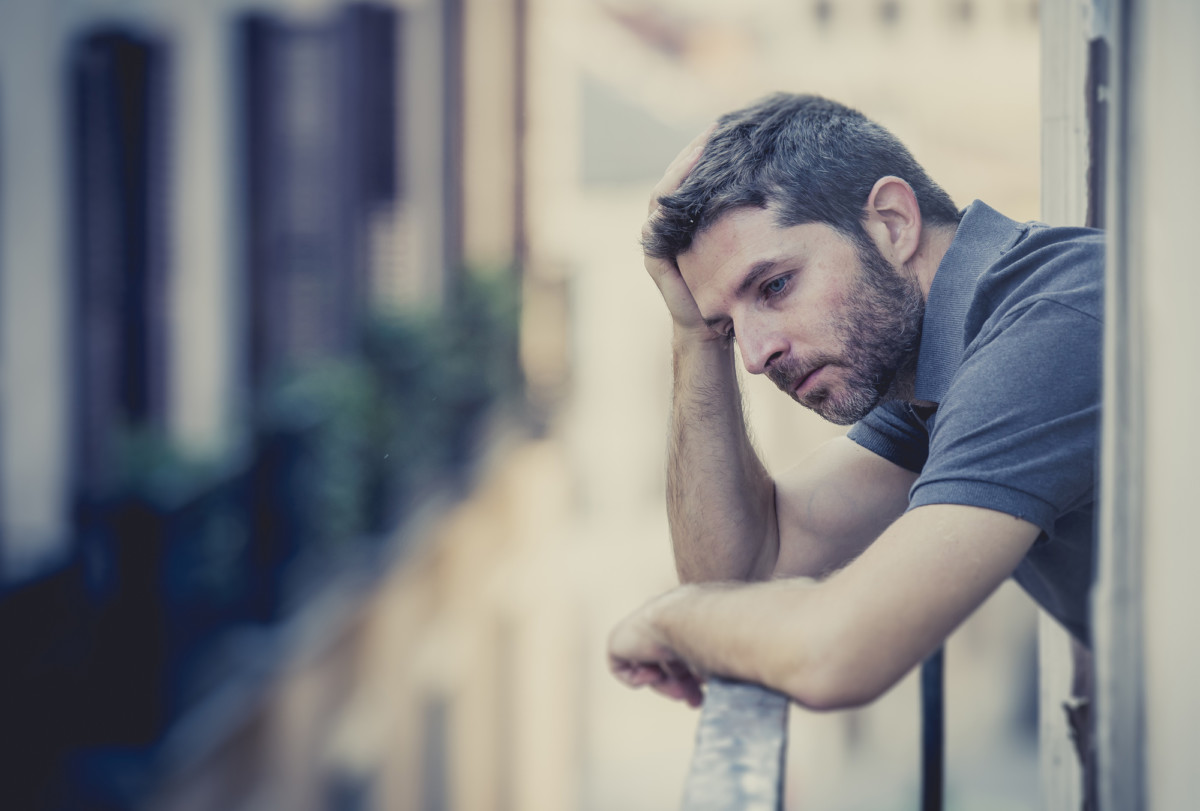 As a specialist in therapy for gay men for over 26 years, by far the most common problem that I see in my office is about depression.  I always joke that if the Eskimos supposedly have 23 different words for snow (wet, dry, new, old), we need to have 23 different words for depression, because there are different kinds and combinations of symptoms, severity, and manifestations all under the “depression” umbrella.  There can be situational depression (like the feelings of sadness after a breakup, layoff, or loss), or there can be a more organic clinical depression that seems to come out of nowhere and is more the medical/clinical syndrome that is a formal diagnosis.  The symptoms can include a general sadness, lack of motivation, lack of taking pleasure in things, lowered libido, self-isolation, guilt, irritability, apathy, crying easily, trouble falling/staying asleep, early waking, having “the Sunday night dread”, FOMO (“Fear of Missing Out”), envying the dead, lack of grooming/self-care, having a sense of no future, relationship doubts/ambivalence, boredom, ennui, and poor self-concept, among others.

Various research as shown that both therapy (many different kinds) and medications each have been effective in treating depression, but the general consensus is that combining therapy with other kinds of treatment creates a “synergistic” combination that brings someone relief.

I’d like to share with you some of the ways that someone can cope with depression, based on the guys I’ve worked with in my practice.  While anyone can suffer from depression, there are special considerations for men in general, and gay men in particular, that are worth noting.  Straight men sometimes struggle because of the old “men aren’t supposed to have feelings” gender conformity pressure, and their depression often can manifest as anger or irritability, because those are historically more socially acceptable feelings for a man to have, as opposed to sadness or vulnerability.  Gay men can have an extra challenge in that most gay men experience some kind of cultural and social oppression due to the effects of an all-too-often homophobic society, including not having full civil rights and legal protections the way straight men do.  Gay men can also have their coping skills and self-esteem eroded from long-term discrimination, bullying, and social pressure to fulfill gender-stereotyped “duties” of a man, which can lead to what therapists call “maladaptive coping strategies” to fight their depression, such as substance abuse or self-blame.

When I see guys with depression in my practice (either in my office for therapy, or, outside of California, I provide life coaching for gay men online through phone or Skype, nationwide or even worldwide), there are basically four main strategies we use.  These are: 1) Cognitive-Behavioral Therapy (among other therapy techniques); 2) Referral for consultation and evaluation by an MD psychiatrist for possible use of anti-depressant medication(s); 3) Referral to an MD urologist or endocrinologist for possible Testosterone Replacement Therapy; and 4) Referral to clinics or resources that provide cutting-edge or alternative treatments, such as Ketamine therapy, electroconvulsive treatment (ECT), transcranial magnetic stimulation (TMS), or others.

Let’s take each of these with a case example:

One of these is Ketamine Therapy, which is very new, and is explained here at this link (https://www.webmd.com/depression/features/what-does-ketamine-do-your-brain#1).  Gay men can giggle at this news sometimes, because Ketamine is also known as “Special K”, a common “club drug”, where the injectable has been baked into a powder for snorting on a dance floor or party, similar to cocaine, Ecstasy/Molly, or others.  However, Ketamine therapy for the treatment of depression is very different.  It involves visiting a special clinic where it is administered in an intravenous “drip”, much like a chemotherapy session. This is a newer treatment, and it might be more difficult to get covered by insurance as “experimental”, but health plans might vary on this.

Transcranial Magnetic Stimulation (TMS) is another special treatment, where magnetic fields stimulate nerve cells in the brain to improve symptoms of depression.  More information on that is available at this link, here: https://www.mayoclinic.org/tests-procedures/transcranial-magnetic-stimulation/about/pac-20384625.  Again, insurance coverage and access to treatment can be an issue, and this is important because gay men have often had a disparity with equal access to health care resources, as we know especially from the earliest days of the AIDS epidemic when gay men were under-served and even rejected by providers and hospitals.  Thus, advocacy to reduce disparities in gay men’s access to health resources is always an important topic for activism, especially with health insurance companies who want all the profits from collecting premiums without having to actually shell out for treatments, something that other countries don’t have (such as my client who recently moved to Berlin, Germany, and had access to their entire National Health Service within weeks to treat his depression, HIV, diabetes, and ulcerative colitis, something that under American health insurance companies and even Medicare was very challenging).

Yet another is ECT (electro-convulsive therapy), which has a notorious and stigmatized past, when mental health treatment was sometimes used in cruel and abusive ways.  It was even used in history for “treating” gay men to “make them straight”, and it was both “ineffective” and dramatically cruel.  However, according to the Mayo Clinic,“Electroconvulsive therapy (ECT) is a procedure, done under general anesthesia, in which small electric currents are passed through the brain, intentionally triggering a brief seizure. ECT seems to cause changes in brain chemistry that can quickly reverse symptoms of certain mental illnesses.  ECT often works when other treatments are unsuccessful and when the full course of treatment is completed, but it may not work for everyone.  Much of the stigma attached to ECT is based on early treatments in which high doses of electricity were administered without anesthesia, leading to memory loss, fractured bones and other serious side effects.  ECT is much safer today. Although ECT still causes some side effects, it now uses electric currents given in a controlled setting to achieve the most benefit with the fewest possible risks” (This passage and more are available at this link, here:  https://www.mayoclinic.org/tests-procedures/electroconvulsive-therapy/about/pac-20393894).

What this means is that there are at least four whole categories of treatment, and that last category contains several “evidence-based” (meaning, proven to work for positive treatment outcomes through formal research) options.

But as therapist training often says (I teach young therapists through my work as an Adjunct Assistant Professor at the Suzanne Dworak-Peck School of Social Work at USC, teaching courses in clinical practice, as well running an intern/associate program from my private practice office for new Master’s-level graduates on their way to state licensure, available on weekday mornings or weekends), it is the relationship that can be the most “curative” in therapy.  This is why seeing a therapist who is LGBT (or at least LGBT- or gay-affirmative) is so key, because taking depression (or any mental illness or challenge) on its face is incomplete without understanding that LGBT client in the social context of the LGBT community.  Also, I think seeing someone experienced is important, because we’ve seen a lot of case examples over the years, and we have lots of information based on the people we’ve worked with before you, and learned how they managed in the long run.  My biggest point here is to underscore that help is available; your worst enemy in fighting depression is isolation and not availing yourself of help.

If you would like more information on working with me in therapy (California) or coaching (outside of California) call or text my cell at 310-339-5778.  Let’s work together to make “living with depression” emphasize the LIVING part.