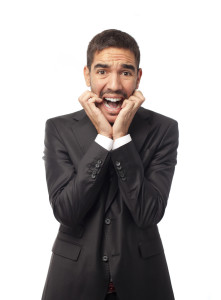 I’m the founder and clinical director of Gay Therapy LA, and for 24 years I’ve been a specialist in working with gay men (individuals and gay male couples).  Gay Therapy LA is my private practice office in Los Angeles/West Hollywood in psychotherapy and life/career coaching, where myself and two associates (more about them here, for appointments on weekday mornings, or on the weekend) specialize in LGBT/gay-affirmative therapy.  Most of my clients are working on either their relationships, or something to do with their careers, so I do a lot of career coaching or executive coaching.  Clients can have appointments in the office, or receive online coaching all over the country (or world!) via phone, Skype or Facetime.  Oftentimes, guys are stressed out from their jobs and need to vent, but also they want help with how to cope, such as an “exit strategy” to a better job, or just learning how to deal with difficult bosses, co-workers, or subordinates.

What I explain to them is that people with mental illness (in a special category called “Personality Disorders”) usually have jobs, so they bring those personality disorders into the workplace with them, making life difficult for others.  You’ve probably heard of the “narcissist”, but there are many other personality disorders.  I’ll give you an overview of them in this three-part series of articles.  For each personality disorder, I’ll also give you some tips on how to cope with these types of people, so that you can “go along to get along” in the office, sometimes making the best of a bad situation.  See if you “recognize” anyone in your office like this.

The “bible” of mental disorders is the Diagnostic and Statistical Manual of Mental Disorders – Fifth Edition (aka DSM-5) (American Psychiatric Association [APA], 2013) that is published very roughly every ten years by committees of experts formed by the American Psychiatric Association in Washington, DC.  They dork out on this stuff for years before they finally come to agreements on what the disorders are, and the traits and objective criteria required to carry the diagnosis.  Things like Major Depression, Bipolar Disorder, Schizophrenia, and even substance abuse diagnoses are in there.  Note that things like homosexuality were removed from the DSM in 1973, and more modern/trendy things like “sex addiction” are not even in there, despite all the hype about that supposed “diagnosis” that doesn’t exist (more about that in my article, here.)  So, the APA are a very scholarly bunch, but they describe people whom we might see in any workplace.

Personality disorders are defined as an “enduring pattern of inner experience and behavior that deviates markedly from the individual’s culture, is pervasive and inflexible, has an onset in adolescence or early adulthood, is stable over time, and leads to distress or impairment.” (American Psychiatric Association, 2013, p. 645).  So let’s say that you have the proverbial “ crazy boss”.  Everyone thinks so, based on lots of observations and lunchtime/water cooler/happy hour gossip sessions.  But what type of mentally ill is she?  Bipolar manic?  Hypomanic?  Attention Deficit Disorder?  Obsessive-Compulsive Disorder?  Or one of the Personality Disorders?

Personality Disorders are clustered into three categories: A) the odd or eccentric; B) the dramatic, emotional, or erratic (I bet that rang a bell for you, right?); or C) the anxious or fearful.  I’ve devoted one article each already to those first two categories, but today let’s look at that third group, the Anxious/Fearful types.  With a closer closer description, see if this reminds you of anyone you know:

People with these personality disorders are more rare, and perhaps more benevolent to deal with than the Cluster B types.  But disorders, by their nature, cause problems either for the person who has one, or for the people they are around.  In the workplace, they each present their own challenge:

How do you cope with this?  — These people don’t prevent much problem, but they might avoid you when you need something from them, like information or their signature on an important form.  Be quick, specific, assertive, and gentle about what you need.  “Hi Joe.  I just need a quick signature on the requisition form to hire the new office manager.  Can I stop by a quick second?”  In office social settings, you can be very kind by giving them a brief greeting or compliment (sincerely), but don’t linger too long where they get “performance anxiety” on what to say next.  Smile and reassure when you can.

How do you cope with this? – The problem here is that “clingy” colleagues can distract your time away from more important work.  Indulging their neediness can divert precious resources away from your time management priorities.  You can compliment them to reassure them, but also be firm:  “Luis, you can do that meeting with the marketing department on your own; Sally doesn’t have time today to go with you.  You have the notes from staff meeting about what we need their department to do, so just stick with your notes.  You’ll do fine on your own, I’m sure.”

How do you cope with this? – Sometimes, you have to set limits with people with OCPD because they focus on details without seeing the Big Picture.  You might have to say,”It’s fine if the exhibits aren’t in alphabetical order; the opposing counsel just needs to see them attached and numbered, and they have to go by messenger to her office by 3:00.  It’s fine as is.”   You might have to appeal to their sense of empathy.  “Sheldon, please don’t yell at the barista for using soy milk instead of almond milk.  I know you said very clearly almond, I heard you, and I know ‘any idiot’ knows the difference, but it’s very busy in here today and I think she’s short-staffed and stressed.  Put yourself in her shoes.  Try something new; you might like the taste. If not, they will remake your drink.”

This Anxious/Fearful category of personality disorder can be annoying, but rarely truly malevolent.  They really demand patience, more than anything.  If you can learn to familiarize yourself and recognize these personality disorders in others (and – oops! – maybe in yourself), you can foster better interpersonal working relationships with your bosses, colleagues, staff, and visitors.  It’s a balance between accommodating their neuroses, and setting limits on them so that you get your own work done, and thrive, regardless of who you’re surrounded by.  Picture yourself walking a tight rope on this:  If you can understand how they are “wired”, you can learn how to communicate ideally with these different types of people, and you’ll be seen as someone who “gets along with everybody” and is a “team player” in the organization, and that raises your reputation with everyone.

But if a boss or colleague, or even a subordinate, is truly making your work life miserable, don’t suffer alone. Let’s talk about it, and make that part of our working agenda for career coaching or executive coaching, which I (and my colleagues) offer at the Gay Therapy LA offices, or through email consultations, phone sessions, or webcam/Skype sessions, to anyone, anywhere.  Fees are on a sliding-scale basis, according to your annual income.  We can discuss “live” all the logistics of working together; it’s pretty fast and easy to set up.

This discussion of personality disorders is really just the surface (despite all this material!) and coping with them on an ongoing basis might require ongoing support for you.  How does this play out for you, individually?  Share with some comments about your own experiences coping with personalities in the workplace.  For more information or to book an appointment, email me at Ken@GayTherapyLA.com, or call/text 310-339-5778.