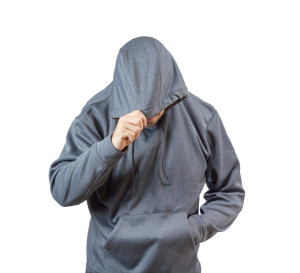 I’m the founder and clinical director of Gay Therapy LA, a private practice in psychotherapy and life/career coaching where myself and two associates (more about them here, on the weekends) specialize (for 24 years now) in working with gay men, in individual LGBT/gay-affirmative therapy or therapy for gay male couples.  Most of my clients are working on either their relationships, or something to do with their careers, so I do a lot of career coaching for gay men, or executive coaching, either in my office in Los Angeles/West Hollywood, or online coaching all over the country (or world!) via Skype or FaceTime.  Oftentimes, guys are stressed out from their jobs and need to vent, but also they want help with how to cope, such as an “exit strategy” to a better job, or just learning how to deal with difficult bosses, co-workers, or subordinates.

What I explain to them is that people with mental illness, in a special category called “Personality Disorders”, usually have jobs, so they bring those personality disorders into the workplace with them, making life difficult for others.  You’ve probably heard of the “narcissist”, but there are many other personality disorders.  I’ll give you an overview of them in this three-part series of articles.  For each personality disorder, I’ll also give you some tips on how to cope with these types of people, so that you can “go along to get along” in the office, sometimes making the best of a bad situation.  See if you “recognize” anyone in your office like this.

The “bible” of mental disorders is the Diagnostic and Statistical Manual of Mental Disorders – Fifth Edition (aka DSM-5) that is published very roughly every ten years by committees of experts formed by the American Psychiatric Association in Washington, DC.  They dork out on this stuff for years before they finally come to agreements on what the disorders are, and the traits required to carry the diagnosis.  Things like Major Depression, Bipolar Disorder, Schizophrenia, and even substance abuse diagnoses are in there.  Note that things like homosexuality were removed from the DSM in 1973, and more modern/trendy things like “sex addiction” are not even in there, despite all the hype about that supposed “diagnosis” that doesn’t exist (more about that in my article, here.)  So, the APA are a very scholarly bunch, but they describe people whom we might see in any workplace.

Personality disorders are defined as an “enduring pattern of inner experience and behavior that deviates markedly from the individual’s culture, is pervasive and inflexible, has an onset in adolescence or early adulthood, is stable over time, and leads to distress or impairment.” (American Psychiatric Association, 2013, p. 645).  So let’s say that you have the proverbial “ crazy boss”.  Everyone thinks so, based on lots of observations and lunchtime/water cooler/happy hour gossip sessions.  But what type of mentally ill is she?  Bipolar manic?  Hypomanic?  Attention Deficit Disorder?  Obsessive-Compulsive Disorder?  Or one of the Personality Disorders?

Personality Disorders are clustered into three categories: A) the odd or eccentric; B) the dramatic, emotional, or erratic (I bet that rang a bell for you, right?); or C) the anxious or fearful.  I’ll devote one article to each of these three categories, but let’s look at the first group first.  With a closer description, see if this reminds you of anyone you know:

Cluster A:  Odd or Eccentric

How do you cope with this? – Refuse to be drawn in to their fears. If they try to malign a colleague, just be neutral and say, “I haven’t heard anything about that.”  Or, “I think they are too focused on their own work projects to focus on you.”  Reassure them, though it will likely be a “bottomless pit” of paranoia. If they try to say a colleague did something nefarious (although, of course, they might have), try to bring others involved.  Say, “Oh, yeah, I saw Maria going into Bob’s office right after staff meeting, but Jane went in just after and so did Raj.”  You can tame the paranoid colleague by being gracious, gentle and reassuring, but “play neutral” toward their fears.  It’s best not to repeat what they say.  Give this person some distance and keep interactions with them strictly business.

How do you cope with this? – Try to see what communication methods they like best.  Maybe they like private, one-on-one meetings, or maybe they really prefer to communicate via email, even if you’re very closely situated to them.  Let them have their “distance”, which makes them comfortable.  But, assert your needs:  If you need information from them, approval signatures on forms, or prioritizing tasks, or if you need them to forward the paperwork for your promotion or raise they promised you, speak up through reminders.  They might shy away from any “open-door policy”, so do a lot through email, intra-office message system, or even voicemail.  They will respect you for keeping your distance, which makes them more comfortable.

How do you cope with this?  – Approach them very kindly.  Smile, use their name, use a gentle voice.  Pretend that you are taming a wild animal who wants to run away, even when you try to feed them.  Give them latitude without making demands.  Give them something to say “yes” to that you want, so that they don’t have to deal with you any longer than they have to.  Be brief, be concise, be gone.  They will love you for leaving them alone. Try not to laugh at or criticize benevolent odd behaviors; to each his own.

The Odd/Eccentric category of personality disorders is one of the more benevolent.  In the next article in this series, we will look at ones that are often more problematic, the Dramtic/Emotional/Erratic types.

If you can learn to familiarize yourself and recognize these personality disorders in others (and – oops! – maybe in yourself), you can foster better interpersonal working relationships with your bosses, colleagues, staff, and visitors.  It’s a balance between accommodating their neuroses, and setting limits on them so that you get your own work done, and thrive, regardless of who you’re surrounded by.  Picture yourself walking a tight rope on this:  If you can understand how they are “wired”, you can learn how to communicate ideally with these different types of people, and you’ll be seen as someone who “gets along with everybody” and is a “team player” in the organization, and that raises your reputation with everyone.

But if a boss or colleague, or even a subordinate, is truly making your work life miserable, don’t suffer alone. Let’s talk about it, and make that part of our working agenda for career coaching or executive coaching, which I (and my colleagues) offer at the Gay Therapy LA offices, or through email consultations, phone sessions, or webcam/Skype sessions, to anyone, anywhere.  Fees are on a sliding-scale basis, according to your annual income.  We can discuss “live” all the logistics of working together; it’s pretty fast and easy to set up.

This discussion of personality disorders is really just the surface (despite all this material!) and coping with them on an ongoing basis might require ongoing support for you.  How does this play out for you, individually?  Share with some comments about your own experiences coping with personalities in the workplace.  For more information or to book an appointment, email me at Ken@GayTherapyLA.com, or call/text 310-339-5778.