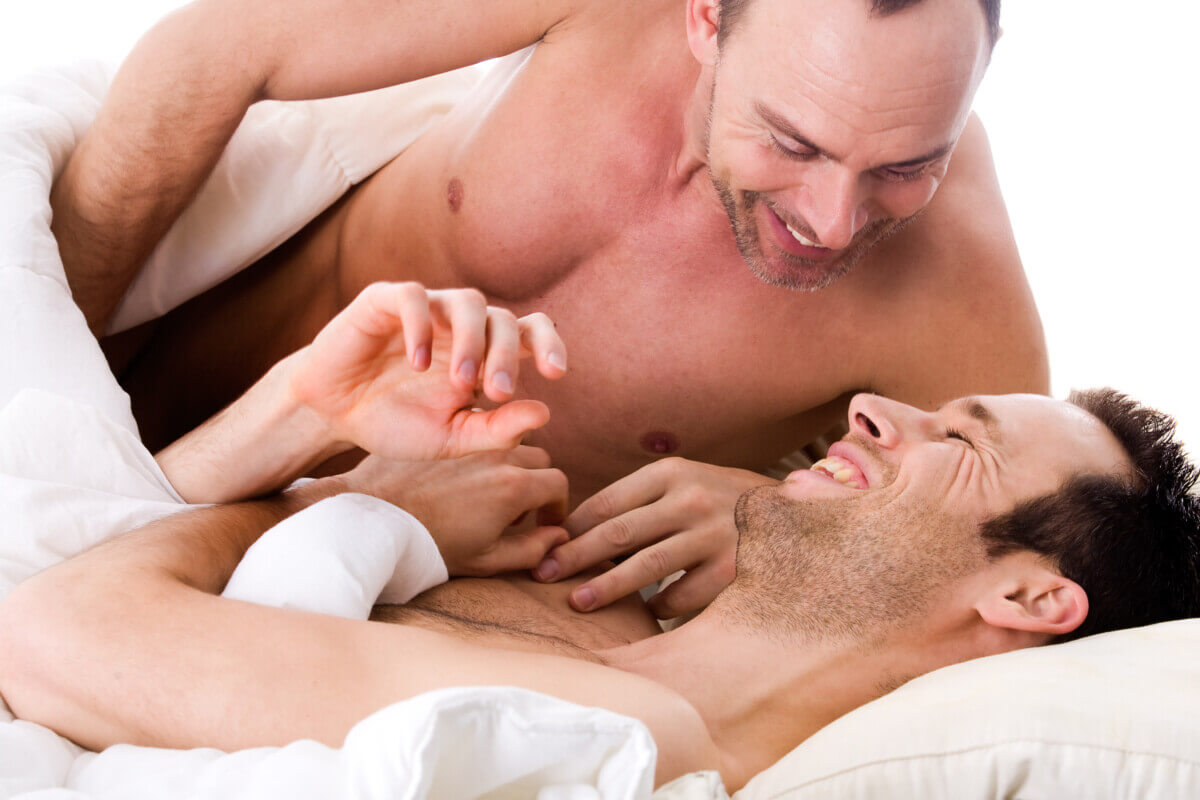 As a gay men’s specialist psychotherapist and coach for now 30 years (in 2022), and as a Certified Psychiatric Social Worker, and now AASECT Certified Sex Therapist, perhaps it follows that I might be interested in sharing some thoughts about the intersection of psychiatric disorders, physical and mental sexual health, and their representation in gay men.  My recent sessions with clients in my private practice illustrate this intersection.

I have previously written about the “six principles of sexual health” (coined by Michael Vigorito, LCSW, and Doug Braun-Harvey, LMFT, in their book, Treating Out of Control Sexual Behavior), and I applied those more specifically to gay men in a previous article (available here).  But now I want to examine more closely the specific mental health (psychiatric) aspects of a discussion of sexual health, especially for gay men, because even in sexual health discussions, gay men are still under-represented in the clinical/academic literature and certainly in clinical practice training for all forms of psychotherapists.

My background as a Certified Psychiatric Social Worker (part of my graduate training at USC) led me to work with people who have severe/persistent mental health disorders (as catalogued in the DSM-5, (American Psychiatric Association, 2013)), which are disorders that often (not always) require “psychopharmacological intervention” (aka, taking meds).  When someone who has a diagnosable psychiatric disorder (reminder: “sex addiction,” “love addiction,” or “porn addiction” are NOT legitimate, recognized clinical diagnoses!), it’s possible that they experience not only difficulty in their “social or occupational functioning” and quality of life, but difficulty more specifically in their sex life.  One of the mantras I use in my practice for what I do is “helping clients improve their quality of life by way of improving the quality of their sex life” (although the majority of my clinical practice is actually not sex therapy, yet; it’s more about gay men’s interpersonal relationship and career improvement, which I provide a lot of coaching for, worldwide, if you’re interested).

One of the lesser discussions when someone sees a psychotherapist and/or a psychiatrist (MD) for help with a diagnosable psychiatric disorder is about their sex life.  The notorious side effects of the use of SSRI anti-depressant medications (such as delayed ejaculation and/or diminished libido) are far too often dismissed by their prescribing physician, especially for gay men, whose sexual activities are very frequently ignored or in some way discouraged by their physicians (unless they are gay-identified or gay-allied, which is more rare than you might think).  This is why so many gay men come to me with these concerns, because they often feel “un-heard” or somehow made to feel uncomfortable talking about their sexual concerns with straight-identified providers (especially female ones), or even gay male providers who aren’t specialists in gay men’s mental and sexual health, which I find especially unfortunate within our own community, but I see it often (especially around gay male “sex addiction” therapists, with so much internalized homophobia/heterosexism, or inappropriately acting out their rage through their work against previous partners who “betrayed” them by breaking a monogamy agreement).

Therefore, let’s fix that now. Let’s discuss some very common psychiatric diagnoses, and the sexual health aspects of them, based on real cases (disguised for confidentiality) from my daily, 30-year practice with gay men:

Solutions: The challenge with this problem is that it has no “magic bullet” solution.  However, remedies that have worked with clients in my practice include having the boldness and assertive communication skills to tell their prescribing psychiatrist that they are, indeed, having sexual side-effects.  I’ve seen psychiatrists prescribe Wellbutrin into their regimen, which can have the effect of mitigating sexual side-effects.  Another solution, via Cognitive Therapy, is to really explore the “risks versus benefits” of having improved mood and functioning, such as work and relationships, but at the cost of some diminished sexual capacity, and what might that mean for them, existentially, in their quality of life, if they “really” have to choose.  Another solution is to identify what “still works” in their sexual repertoire.  Maybe they are more “bottom” anyway, so ED or DE as side-effects can have somewhat less impact, and there is still “fun to be had” with sexual partners (a domestic partner/spouse, or a “trick”).

Other options might include changing expectations in sex, and challenging this pervasive societal idea that the only “legitimate” sex is fully-erect, penetrative, to mutual orgasm, with perfect timing, all tidy, etc., and instead might be more about intimate “sexual play” using hands, toys, bondage equipment, or sensual tools (ice cubes, hot wax, feathers, pinwheels, flogs, electro-play devices, cosplay, role-play, foods, etc.).  It’s about the “playful quality time” spent with a partner, which can be rewarding and fun, and build intimacy or fraternal bonding.

Sometimes the use of an ED drug can help, such as Viagra, Levitra, Cialis, or the injectable compounded Trimix or Quadmix formulations.  It’s important that these solutions be learned (through “patient education” by the (MD) psychiatrist, urologist, or endocrinologist, or the psychotherapist), identified, implemented, evaluated, and then re-implemented with customized adjustments.  Troubleshooting sexual side-effects is really an ongoing, monitoring thing, and it can include some trial-and-error strategies that do require patience.

Solutions:  Anxiety is a disorder about emotionally and cognitively over-estimating the risk of harm in something.  It’s a function of our psychological defense mechanisms, which is just one part of our minds trying to protect us from a threat “it” thinks is dangerous, but our rational mind knows better.  So, we have to learn to “talk back” to our anxiety.  Say, “Hey, Anxiety, thanks, I know you’re just trying to protect me, but, hey, I can handle this.  Back off.  Really.  I got this.”  It’s a cognitive intervention that you do on yourself.  Another exercise for anxiety is “grounding.”  Orient yourself to where you are.  Check in with your senses:  Where am I? What do I see?  What do I smell? What do I hear?  What do I taste?  What do I touch?  This can help to get you “out of your head,” a term I hear a lot, especially regarding anxiety about both topping (my article on that is here) and bottoming (my article on that is here).  Coping with anxiety is re-setting our internal alarms and realizing that something that our lizard brain thinks is a big deal is actually “small stuff” that we don’t need to sweat.  Sex is supposed to be fun, not some kind of anxiety endurance test.  Keep it that way.

Solutions: Jason got a lot of mileage from the “five senses” exercise, as well as more profoundly accepting himself as a proud “Top” in gay sex and validating his right to exercise this, including some dominance, with a consenting partner.  Like many anxiety interventions, practice helps reduce symptoms and help you become de-sensitized over time.  It’s important that in the “mainstream” discussion of OCD treatment, such as the “exposure and response prevention” technique for compulsions, or coping with intrusive, obsessive thoughts, that the sexual aspects be made “OK” to discuss, without stigma or fear of rejection from a mainstream psychiatrist or psychotherapist.  This is an “access to care” and “patients rights” issue, as all gay-affirmative medical and mental health care should be.

Solutions:  The same cognitive-behavioral therapy approaches that help “generic” ADD symptoms can be modified to apply to sex.  Maybe your partner knows how to “re-direct” and refocus you to the activity at hand.  Maybe the person with ADD is especially suited to group scene play or being “all over the place” in a fun way at a bath house or sex club.  Just a little bit of incorporation of the sexual concerns and aspects of ADD treatment will go a long way in validating the person living with ADD in this 360-degree way for a more comprehensive approach, because, let’s face it, people with ADD (or any psychiatric disorder) are still consenting adults who have sexual appetites “just like normal people” (a facetious and slightly sarcastic joke I like to use to illustrate how people with psychiatric disorders of any kind can be stigmatized and “robbed” of the expectation that they have normal drives for life, liberty, and happiness as anyone else, including sex, but are too often infantilized as eunuchs just because they have a mild-to-severe psychiatric disability).

Solutions: Disorders like OCD and BDD have been known in research to respond well to Cognitive Behavioral Therapy, but they take time and patience, for both clients and therapists.  Deep-seated negative beliefs about the self can take a while to untangle.  But acknowledging the cultural context and the pressures that specifically gay men face can be an important part of treatment, because we live in the “person in environment” setting.  If gay men were coping with anxieties a hundred years ago, they might feel very differently because they weren’t bombarded with constant images of the idealized male physique through mainstream media and social media (as well as porn).  Applying critical thinking like “Instagram Is Not Real Life” can be important to keep perspective, as well as validating that the “legitimate” gay male experience is not limited to some kind of idealized physique or appearance or luxurious lifestyle. Just like we need to validate gay men’s experience that they are not any “less legitimate” for being gay, they are also no less “legitimate” for being outside the social media ideal of what gay men “should” look like. There is a certain amount of an angry defiance that is important here, to resoundingly reject pressures and validate your right to be who you are.  Now, if you want to be involved in bodybuilding, physique sculpting, yoga, or sports of any kind, that’s different; that’s an empowered choice that comes from you, your interests, your values, and your health plan.  But we should never be a “slave to fashion” unless fashion is really fun for us.  It takes a lot of self-reflection and critical thinking to differentiate these, and I think too often gay men don’t have that kind of encouragement.  As a leather man and biker, I’ve been labeled “weird” more than once, and I’m OK with that; I’m having fun with it.

Solutions:  The solutions to personality disorders are notoriously elusive.  It’s not so much about treatment or certainly not “cures” as much as some kind of adaptive coping, which often involves intense therapy such as Dialectical Behavioral Therapy or psychoanalysis.  This is a complex situation and “coping” and “quality of life” can be challenging but still noble goals of treatment.

If you, or someone you know (such as a partner or friend) are struggling with the mental health aspects of sexual health, try to “move the needle” in some way to move from relative isolation and “suffering in silence” to being actively involved in care (such as therapy or coaching) that might help reduce the negative impacts of psychiatric or psychological influences on sex.

For more information on my therapy or coaching services, email me at Ken@GayTherapyLA.com, or text/call me at 310-339-5778.